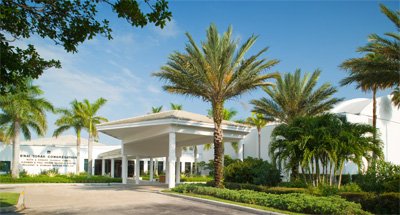 (EJNews) – Spending the winter season in Florida, normally conjures images of warm, sunny weather in an environment of manicured landscapes, flowers, palm trees and so on, a good place for retired folk to play golf, tennis, sit at the pool or the beach and engage in other such activities.  For some reason Jack and I have gravitated to some extent to something completely different, namely exploring our Judaism which, this season more than ever, became a serious and time consuming commitment.

We found a synagogue in Boca Raton, B’nai Torah, which meets our needs so well for prayer, musicality, and adult education.  The senior rabbi is David Steinhardt and, to our delight, he espouses a brand of very liberal Conservative Judaism which meshes well with our views and practises. B’nai Torah offers a beautiful Shabbat service which includes a stimulating sermon, chazanut, reinforced by a wonderful choir regularly singing new melodies to the traditional liturgy, and occasional guest speakers who provide inspiring talks in the place of the rabbi’s sermon.

This season we have had the pleasure of hearing, among others, from Ruth Messinger, President and CEO of American Jewish World Service and who travels to third world countries in an effort to end poverty and realize human rights in the developing world and Dr. David Matz, an expert in conflict resolution, who works with an experimental community of Arabs and Jews in Israel, Neve Shalom.  Our adult education program took place over one lunch hour a week and for the last few years has consisted of a particular video lecture series from the Shalom Hartman Institute in Jerusalem.  This year the series dealt with Dilemmas of Faith – how can we keep our faith and still keep a rational and reasonable mind.

On one Sunday in February we enjoyed a Day of Learning with professors from the Jewish Theological Seminary (JTS), all dealing with the “other” in traditional Judaism: women, gays, Baruch Spinoza and people of other religions.  In addition to the professors, we heard from Dr. Arnold Eisen, the Chancellor of the JTS, who spoke on this topic as well as another session given by him on the relationship between Rabbi Abraham Heschel and Martin Luther King vis a vis their take on man’s and G-d’s role in supporting social justice causes with reference to the prophecies in the Hebrew bible.

The most impactful event this season has no doubt been the weekend of talks by Rabbi Dr. Donniel Hartman, President of the Shalom Hartman Institute and who is a mentor and good friend of Rabbi Steinhardt’s.  Rabbi Hartman spoke on several topics related to how he believes both liberal North American and Israeli Jews should express their Judaism.  His main thesis is that Jews serve G-d best by putting ethical treatment of others first, balanced by maintaining important Judaic practises.  He criticizes North American Jewry for insufficient Judaic practises in the course of their devotion to pluralism.  He criticizes Israelis for insufficient attention to Jewish ethics and pluralism in their single minded pursuit of religious practise.  He believes that a consequence of this is disrespect for liberal Jews and non-Jewish minorities.

Much of the content of his talks is encapsulated in his latest book with the startling title, Putting G-d Second: How to Save Religion from Itself.  In this book he addresses a problem he sees with all the great monotheistic faiths, namely the tendency to subordinate moral standards to acts of religious devotion and piety.  I recommend all who are interested to read and reflect on its content.