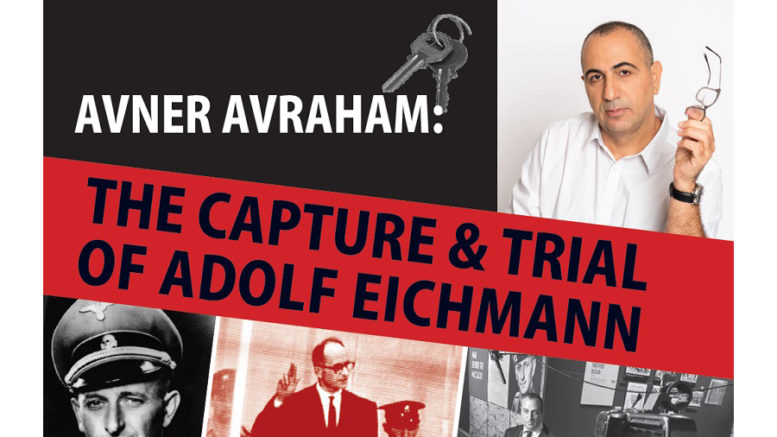 (AJNews) – Those engaged in Holocaust education and remembrance have seen it coming for years now, a sea change that is painful yet promising. With only a dwindling number of Holocaust survivors able to share their testimonies with live audiences, Holocaust programming has morphed.

“Things will never again be quite the same,” say Holocaust and Human Rights: Remembrance and Education Co-Chairs Marnie Bondar and Dahlia Libin, who add that nothing will ever be quite as powerful as face-to-face encounters with Holocaust survivors.

Nonetheless, the duo is doubling down on programs and initiatives that keep the emphasis on survivors while increasing the hands-on participation of next generation descendants and other volunteers and professionals who share a keen interest in Holocaust remembrance and education.

Stories of love and resistance abound in the made-in-Calgary exhibit Here to Tell: Faces of Holocaust Survivors, which is currently on display at the Glenbow at the Edison (150 – 9 Ave SW) on May 27 and runs through July 3. For viewing hours and to book your timed ticket, go to glenbow.org/exhibitions/here-to-tell/. To order copies of the hardcover book, go to heretotell.com.

Recent Shoah Week programs highlighted the remarkable diversity of themes and stories that inform and inspire.

In the lead up to Yom Hashoah, Calgary Jewish Federation and the Calgary Public Library, together with the Jewish Federation of Edmonton and the Edmonton Public Library, completed their four-part 2022 Holocaust Series with a talk by former Mossad agent Avner Avraham. He took his audience behind the scenes with a spy’s eye view of Operation Finale, which resulted in the capture of Adolf Eichmann, a major architect of the destruction of European Jewry. Eichmann was nabbed in Argentina in 1960 and taken to Israel to stand trial for his crimes against Jews and humanity.

Avraham, now retired from the Mossad, has launched a second career as a museologist and curator which began with his own fascination for preserving artifacts from various Mossad operations, including Operation Finale.

While it is counterintuitive to think that a secret service agency would have mounted an exhibit that reveals the tricks of the spy trade, Avraham did just that with an exhibit about the daring capture of Eichmann in the Mossad’s first major international operation.

On a visit to Mossad headquarters, former Israeli Prime Minister Benjamin Netanyahu was impressed enough to invite Avraham to take the exhibit to the Knesset. Expanded and customized for each audience, the exhibit was subsequently mounted in the United States and will travel to Germany at the end of this year.

Although Avraham was born in Iraq, he told his audience he considers himself a second generation survivor and a Holocaust educator.

“This is the mission for my generation…and to the next generations, to make sure that the story will not happen again,” Avraham said.

The founder of the Spy Legends Agency, Avraham – who served as a consultant on the Hollywood film Operation Finale – told his Alberta audience that the exhibits and the film have reignited interest in the events of the Holocaust.

The capture of Eichmann began with a love story, Avraham said.

Eichmann had escaped from post-war Europe to Argentina – with the assistance of the Vatican – under the alias Ricardo Klement. Inexplicably, the rest of his family retained the Eichmann surname, immigrating to Argentina two years later.

Eichmann’s son Klaus met and began to date a young woman named Sylvia Hermann. When her father – a Dachau survivor of part-Jewish heritage –  met Klaus and heard him speaking against Jews, he put two and two together and sent the information to Dr. Fritz Bauer, a Jewish prosecutor and Holocaust survivor in Frankfurt. Bauer opted to share the information with the Mossad. Plucking Eichmann’s soldier file from the archives, Bauer left it on his desk, where it was surreptitiously photographed by a Mossad operative.

Details including Eichmann’s wedding date and photos helped the Mossad to verify that “Ricardo Klement” was their man. The shape of Klement’s ear matched the photo in Eichmann’s soldier file, convincing Mossad operatives they were on the right track.

Eleven agents – 10 men and one woman, among them Holocaust survivors – were sent to Argentina to apprehend Eichmann.

The State of Israel – only 12 years young at the time – had some advantages when it came to espionage, Avraham said. The diversity of cultures and languages in the newly formed state made it relatively easy to recruit agents from a variety of different backgrounds who could navigate undercover with fake European passports.

Ironically, the capture was a success despite the fact that not a single one of the operatives could speak Spanish.

“We call it the Israeli Chutzpah,” quipped Avraham who led the audience through the various steps agents took to nab Eichmann and transfer him, undetected, to an El Al flight on a route that was created only for that purpose and populated by ticketed travellers from around the world each of whom was connected with the Mossad.

Members of the Argentinian Jewish community assisted, some loaning cars in support of the effort.

Avraham shared insights into surveillance techniques, falsified photos and documents, safe houses, a body double for Eichmann and even the construction of a fake wall on the airplane in case Eichmann had to be hidden during fueling stops.

Attention was even paid to symbolism, Avraham told the audience. The Shin Bet officer who was disguised as Eichmann’s double traveled under the alias of Zeev (Wolf) Zichroni (memory).

When told by the chief of Mossad that Eichmann was on Israeli soil, Israeli Prime Minister David Ben Gurion wanted corroboration and instructed Mossad to find four witnesses that would confirm directly with him that the captive was in fact Eichmann.

“It took almost a year to prepare the trial,” said Avner Avraham. In the meantime, the protection of Eichmann was of paramount importance. A special police unit was created for his purpose, and throughout his trial, Eichmann sat behind a bullet-proof glass booth.

The rest, as they say, is history. Eichmann was tried on 15 counts including crimes against the Jewish people and crimes against humanity. He was hanged and cremated and his ashes tossed into international waters.

Avraham says that although the Mossad also had a lead on the infamous Dr. Josef Mengele, Ben Gurion did not want any further risks taken to apprehend the physician who was known at Auschwitz as the angel of death.

According to Avraham, Ben Gurion said, “I want [Eichmann’s] trial to write the story of the Holocaust. I want to finish with this.”

Although Avraham’s presentation dealt mainly with Eichmann’s capture, it was the trial that proved a turning point in the history of the Holocaust. According to the United States Holocaust Memorial Museum, survivors who had not previously opened up about their Holocaust experiences began to do so and the trial “generated interest in Jewish resistance.”

The theme of Jewish resistance permeates much of the work done by Holocaust and Human Rights: Remembrance and Education co-chairs Dahlia Libin and Marnie Bondar, and the topic was once again front and centre during the April 27 Yom Hashoah program, The Power of Love.

Calgary Jewish Federation CEO Adam Silver set the stage by referring to the full title of Yom Hashoah v’Hagvurah (bravery), acknowledging not only the suffering but also the incredible courage of Holocaust survivors.

The highly emotional ceremony at the Holocaust memorial adjacent to the Calgary JCC was followed by a poignant presentation by Cheryl Silver Ochayon, the program director for Echoes and Reflections at Yad Vashem, the World Holocaust Remembrance Center in Jerusalem.

“The best way to teach about the Holocaust is to tell stories,” Silver Ochayon said.

“Love can be a form of resistance,” added Silver Ochayon, who shared five stories about individuals who dared to hope and to act lovingly, even while mired in hopeless circumstances.

Jerzy Bielicki, a Pole who was among the first prisoners transported to Auschwitz, and Cyla Cybulska, a Jew who was transported to the death camp three years later, fell in love with one another while exchanging glances. Speaking was forbidden, but they managed to bribe guards for the opportunity to do so.

Knowing that Cyla’s odds of surviving at Auschwitz were slim – and at great personal risk – Jerzy planned a daring escape.

Fritzie Fritzshall’s family was to have joined her father who had preceded them to the United States.  World War II put an end to the plan and Fritzie and the rest of her family were deported to Auschwitz.  Only 13 years old, she lied and said she was 15 so that she would be sent to hard labour instead of the gas chambers.

Decades later, in her testimony to the USC Shoah Foundation, Fritzie recalled the overarching need of the women with whom she had laboured to ensure someone would survive.

“Someone needs to live to let the world know what happened,” Fritzshall said.

Remarkably, despite the fact that the prisoners were being worked and starved to death, 599 women shared their meagre rations with Fritzshall, the youngest among them, in order to maximize her possibility of survival.

“In turn, I had to make a promise, that if I survived, I would carry the message of all of them,” Fritzshall recalled.

Gerhard (Gad) Beck and Manfred Low were idealistic young men who joined a group devoted to settling endangered Jewish youth in Palestine. During a field trip, they met and fell in love. Low wrote a book, Do you Remember When, for Gad which can today be found in the archives of the United States Holocaust Memorial Museum. When Manfred was detained by the Nazis, Gad donned a Hitler Youth uniform and, risking his own life, set about trying to free his first love.

When slave labourer Aliza Tzarfati chanced to be passing by in the company of a Kapo, she heard fellow Auschwitz prisoner and slave labourer Ovadia Baruch – who had just been severely whipped – crying out for his mother in his native Greek. Also hailing from Salonika, Aliza begged the Kapo to arrange for them to meet.

“She was so pretty, it drove me insane,” recalled Ovadia, who was smitten to the point that he forgot the enormous pain he was in.

As they were not allowed to converse, Aliza and Ovadia smuggled notes to one another. In one of his notes Ovadia wrote, “If we survive this hell, I want to marry you.”

Gerda Weissman, who later wrote the acclaimed memoir All but my Life survived ghettos, six concentration and work camps and a 350 mile death march to Volary, Czechoslovakia that began with 4,000 women and ended with only 118 survivors.

“Her hair was white and matted…. She had not bathed in three years,” said Silver Ochayon, adding that Gerda weighed only 68 pounds.

When a truck approached the factory where the Nazis had abandoned Gerda and her ill and dying friends, she realized that her freedom was finally at hand.

“We are Jewish,” she told her liberator, Kurt Klein.

Klein was shocked when Gerda recited the words, “Noble be man, merciful and good.”

“I could hardly believe she was able to summon a poem by the German poet Goethe, which is called ‘The Divine,’ at such a moment,” Klein said.

This and the other four stories shared with Calgarians by Cheryl Silver Ochayon have surprising twists. Collectively they attest to love as the ultimate act of resistance.

AJNews readers who missed The Power of Love can still see it by going to youtube.com/watch?v=N2ssAyMBiJ4.