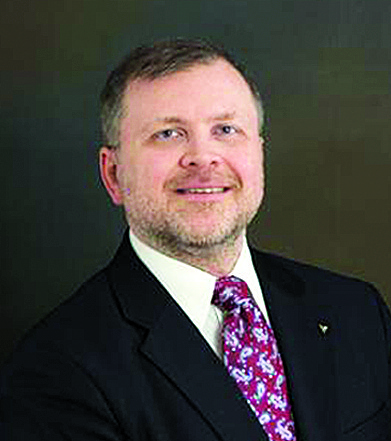 By Cantor Russ Jayne (Calgary) – The traditional Seder plate contains an egg, shank bone, karpas, charoset and maror. Some also make room for hazeret, another kind of bitter green. Recently, however, other fruits and vegetables have shown up on the plate, representing a variety of causes from solidarity with oppressed Jewish communities to welcoming the intermarried.  As a Hazzan, an integral part of my role is to encourage the introduction of new rituals into our spiritual practice.  With that in mind, I would like to take you on a brief journey through some of the more “interesting” additions that have graced, and continue to grace the Seder plates of 21st Century Jews.

First was the orange, which has come to symbolize the power of Jewish women – female Rabbis and Cantors, the Jewish midwives in the Exodus story, gender-neutral language in prayer books, among other places. Yet when Jewish Studies professor Susannah Heschel first plunked down a tangerine on her Seder plate in the early 1980s, it was in the name of gay and lesbian inclusion, as she explains in her essay on Miriam’s Cup.

“During the first part of the Seder, I asked everyone to take a segment of the orange, make the blessing over fruit, and eat it as a gesture of solidarity with Jewish lesbians and gay men, and others who are marginalized within the Jewish community…In addition, each orange segment had a few seeds that had to be spit out – a gesture of spitting out, repudiating the homophobia that poisons too many Jews.”

Although not its original intention, this fruit has evolved over the decades to represent the inclusion of all “outsiders.”  If you look at recent Hagaddot from the Shalom Center, you will see this beautiful explanation.

“Why this orange? Because in olden days there was no orange on the Seder plate and it was said that outsiders— gay men and lesbians, transgendered people, converts, those who lack some important ability or skill, the unlearned — all these no more belonged in the community than an orange belongs upon the Seder plate. So we place an orange to say firmly, all these belong in our communities.”

Then, a few years ago, olives started showing up. First, they symbolized a call for peace between Israelis and Palestinians, as stated in the Shalom Center’s “Freedom Seder for the Earth.”

“Why this olive? Because for millennia the olive branch has been the symbol of peace, and we seek to make peace where there has been war.”

More recently, though, it has taken on an activist bent representing the olive trees of Palestinian farmers that have been destroyed as a result of the Separation Barrier.

How about an artichoke?  In an essay on interfaithfamily.com, Rabbi Geela Rayzel Raphael suggests this prickly vegetable with the soft heart for the interfaith-friendly Seder plate.

“Like the artichoke, which has thistles protecting its heart, the Jewish people have been thorny about this question of interfaith marriage. Let this artichoke on the Seder plate tonight stand for the wisdom of G-d’s creation in making the Jewish people a population able to absorb many elements and cultures throughout the centuries – yet still remain Jewish.”

Hard to top, however, is the Progressive Jewish Alliance, which in 2010 put together a “Food Desert Seder Plate” that banished the original arrangement altogether, replacing it with items symbolizing the lack of access to fresh, healthy food in many low-income neighbourhoods.

A rotten piece of lettuce illustrated that inner-city grocery stores often carry only spoiled produce. A potato chip instead of the boiled potato in the karpas space indicated that high-fat potato chips are cheaper and easier to find than fresh potatoes. The egg was missing as well since fresh eggs were one of the luxuries lacking in these neighbourhoods.

Now however strange some of them might be, Seder plate additions are within the spirit of the holiday. These symbols are intended to make a link between the biblical story of the Jews leaving Egypt, and participants’ contemporary narratives.  When we update the Seder plate we become part of the continuous revelation which began at Sinai and continues to this very day.  Our “enhancing” of the Pesach experience with modern symbols and rituals is a great affirmation that we, as a people, take our Judaism seriously. Given the effect of COVID-19 on this year’s celebrations, I can only imagine what additions will grace our Seder plates in years to come.

Of course, what I long for is the day when these symbols can be removed from our plates, when there is no new form of oppression we need to bring to the forefront. Because that will mean that the narrow places of “Egypt” will truly be a thing of the past and that we will, at last, be celebrating as “children of freedom.”

Chag Sameach to one and all!!

Be the first to comment on "Seder plate rituals combat oppression"