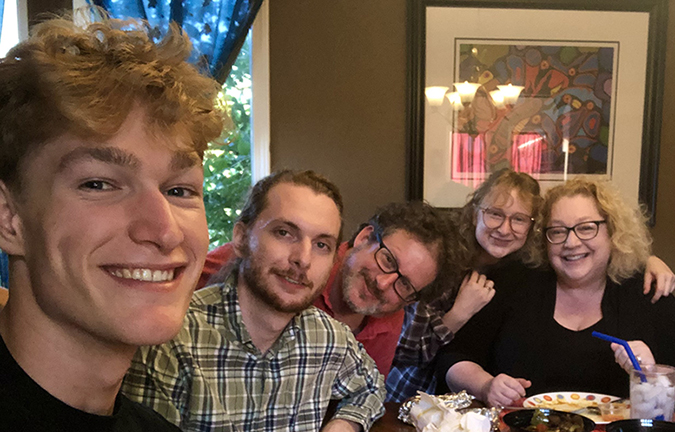 Rabbi Ilana Krygier Lapides has been appointed to the position of Calgary Jewish Community Chaplain. She is pictured above with her family. (Photo supplied).

(AJNews) – It is a bedrock value of Jewish life that we are obligated to help the most vulnerable among us.  Individual acts of tzedakah and loving-kindness are encouraged by our sages—and quietly carried out daily by individuals, Synagogues and other organizations within the Jewish community. But tending to the ill, the dying, the grieving, the shut in and the shut out are acts of such vital importance that they are elevated as communal responsibilities.

Calgary Jewish Federation stepped up its commitment to Jewish caring and self-sufficiency in 2006 with the hiring of inaugural Jewish Community Chaplain Sari Shernofsky.  After a decade and a half of dedication to those in our community who need us most, Shernofsky is passing the torch to her successor, Rabbi Ilana Krygier Lapides. 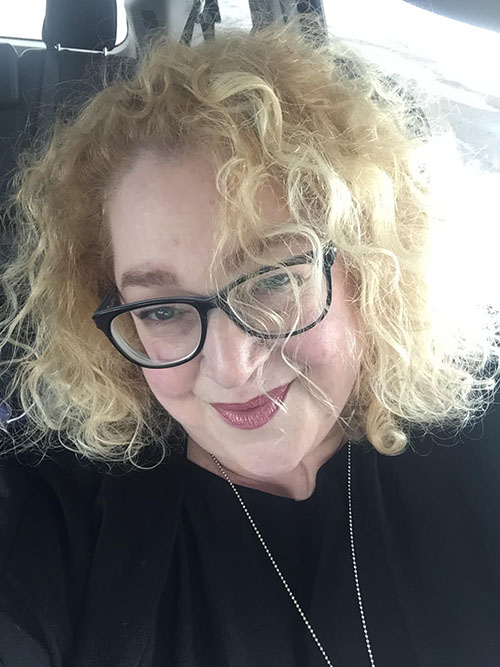 “Federation continues to fund the position, but moving it to JFSC provided better opportunities for wrap-around services to clients,” Calgary Jewish Federation CEO Adam Silver said, adding that during her tenure, Sari Shernofsky “provided valuable care, connection and support  to many members of our community during the most difficult of times.”

“Sari did wonderful, meaningful work for our community. We wish her only the best,” Silver said.

Born and raised in Calgary, Rabbi Krygier Lapides was already a respected educator who had served the community in a variety of capacities before earning her smicha (rabbinical ordination) last year from the New York-based Jewish Spiritual Leaders Institute after an intensive program of online studies.

A graduate of both the I. L. Peretz School and Talmud Torah (now The Calgary Jewish Academy) Rabbi Ilana—who graduated from the University of Alberta and subsequently earned a Diploma in Yiddish Instruction at Bar Ilan University—later served at CJA as a Yiddish and pre-school teacher.  She was Adult/Teen director at the Calgary JCC and a long-serving principal of Temple B’nai Tikvah’s Shabbat School and was among the first madrichim—leaders—that took young adults to Israel on Birthright trips.

Before turning her attention to rabbinical studies, Krygier Lapides served Calgary Jewish Federation as Holocaust and Human Rights educator. Her already significant portfolio grew to include community relations, government advocacy, outreach to other ethnic groups and community security.  In addition to her multifaceted professional work, Krygier Lapides has been an avid volunteer for organizations including Camp BB Riback, the JCC, BBYO and the Calgary Drop-In Centre.

Hired by JFSC last month on a contract basis, Rabbi Ilana will visit people in hospitals and hospices, support individuals and families mourning losses and coping with grief, and lead Shabbat services at some long term care facilities.

“Sari has been mentoring me, which has been amazing,” Krygier Lapides told AJNews

“She is a treasure to the community, and being able to learn from her is a real honour….I have very big shoes to fill.”

A lifelong learner, Krygier Lapides was recently among the first cohort of students to be certified in grief education in an online program provided by the LA-based David Kessler Foundation. 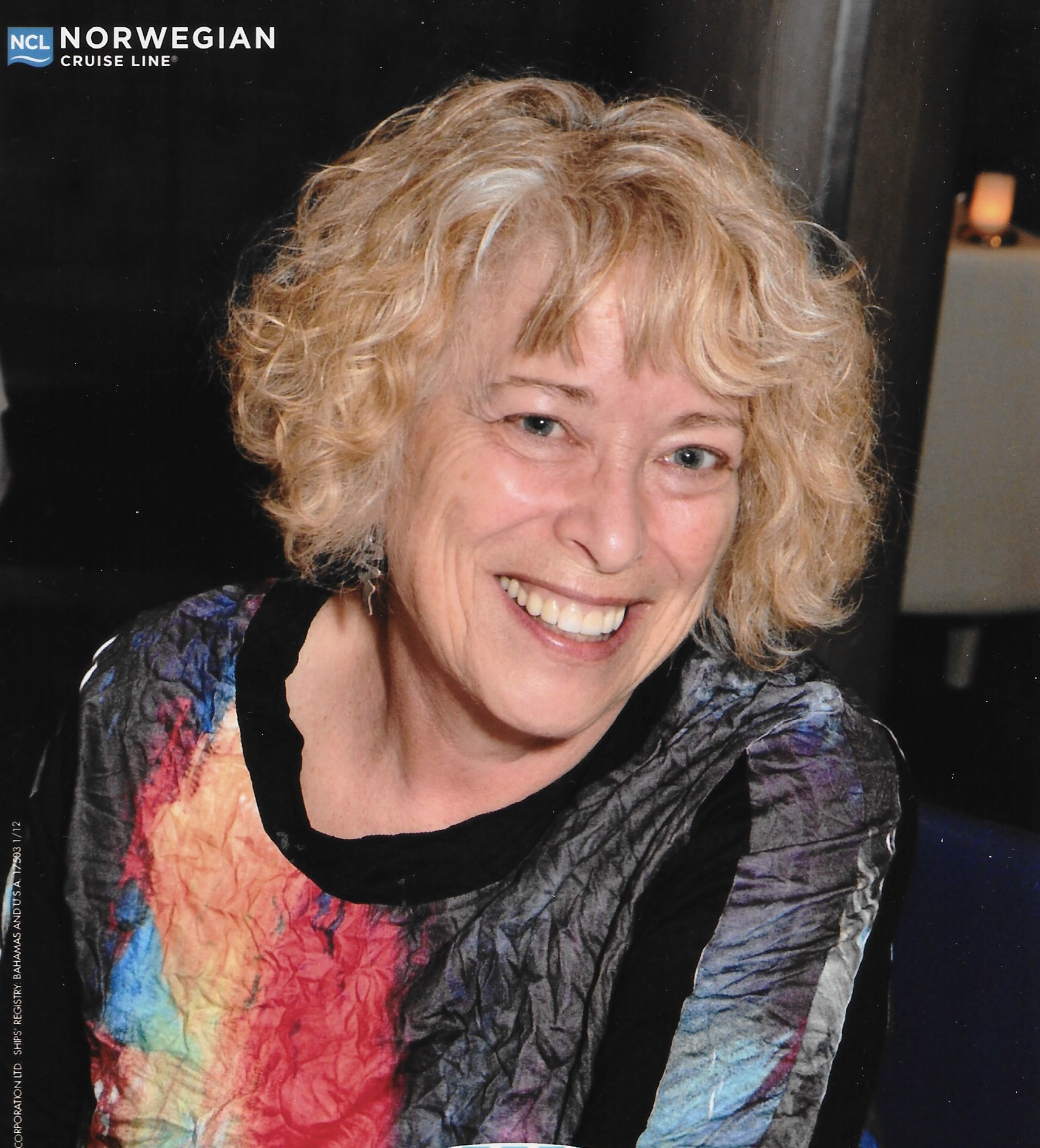 Krygier Lapides told AJNews that she looks forward to working with the Spiritual Advisory Committee, a group of individuals from different religions, ethnicities and cultures that provide pastoral care through Alberta Health Services.

Having been devastated by terrible loss early in life, Krygier Lapides understands the importance of her chaplaincy role from the inside out.

“I’m most looking forward to being of service to the community in an area that is sometimes underserved. When my sister was very sick and then passed away when I was in my 20s, I would have been so grateful to have someone like me around then to talk to about the grief and fear, the afterlife and spirituality, and making it a holy time.”

“The reason I decided to become a Rabbi rather than stick with Holocaust education was because after my mother passed away, and I realized I was the last remaining member of my family of origin, I decided that I wanted some joy out of my Judaism and I wanted to bring that to my community,” Krygier Lapides said.

“I want to bring some comfort and peace to people who are suffering and need support.  Our culture is very grief illiterate. People just don’t know what to say, how to act or how to be present with someone who is in grief. Unfortunately, what that sometimes results in is people who are grieving being isolated and not being able to be witnessed in their grief which is what needs to happen, and so I want to do that.”

Krygier Lapides and her husband David recently became empty nesters, but there is no slowing down for Rabbi Ilana. In addition to her new role as Jewish community chaplain, she continues to build her independent and non-denominational rabbinical practice.

“I want to cater to those on the fringes of the community, who sometimes feel alienated or unwelcome.  That means officiating for people who are interfaith and intermarried and just welcoming people into the tent, so to speak. I really think that’s important.” Krygier Lapides said.

Sari Shernofsky told AJNews that one of her first post-retirement goals is to create a piece of art honouring those who passed away during her tenure as community chaplain.  One of the individuals who will be represented in the artwork spent the last eight years of her life in a hospital bed. Shernofsky was frequently at her side and says she took much inspiration from the woman who, despite living with constant pain, always had a smile on her face and a kind word.

“Each of them took a piece of my heart,” reflected Shernofsky, who is well respected for her compassionate care, a calling she hopes to continue fulfilling on a volunteer basis.

Originally from Montreal, Shernofsky planted roots in Calgary following a corporate move with Transalta in 1981. After a career that included stints with other oil and gas companies and a business of her own focusing on communications and public consultations, Shernofsky came to the realization that she “…wanted to do work that really made a difference in individual lives.”

She supported some friends coping with illness—an act of loving kindness she says energized her—and enrolled in a two-year Clinical Pastoral Education program unsure just where it would lead her.

Her academic preparation included a master’s degree in Jewish studies which she took online.

Shernofsky began visiting Jewish hospital patients. Along the way, she discovered that as many as half were not connected to the Jewish community. Lance Davis—then the executive director of Calgary Jewish Community Council (now Calgary Jewish Federation) encouraged Shernofsky in her work; with his support, she created a part-time professional position as Jewish Calgary’s first community chaplain. Concurrently with that position, she served as a part-time multi-faith chaplain at Foothills Hospital and later at Chinook Hospice.

Besides providing spiritual support and solace to Jewish individuals in hospitals and long term care facilities, the shut in, and those experiencing loss and grief, Shernofsky became an important resource for community members with mental health challenges.  She organized a local conference on mental health in the Jewish community about a decade ago.  Other career highlights included creation of a mental health support group; advocacy that led to the provision of kosher food in hospitals by Alberta Health Services; and creation of bikur cholim (visiting the ill) training for adult volunteers and Calgary Jewish Academy and B’nai Mitzvah students.

In addition to bringing her successor up to speed, Shernofsky has been saying shalom to the many individuals who have relied on her support, some of them for many years now.  But that does not mean goodbye for Shernofsky, who hopes to resume visits on a voluntary basis once COVID-19 protocols allow for it.

In the meantime, Shernofsky is grateful to pass the torch to a knowledgeable and capable person like Rabbi Ilana.

“Ilana is the best person for this job,” Shernofsky told AJNews.  She has the intuitive skills and will be absolutely magnificent.”

Jewish Family Service Calgary Executive Director Roxanne Droppo echoes the sentiment.  Although the community chaplaincy remains a part-time position, Droppo has recognized that Rabbi Krygier Lapides’ depth of knowledge is an asset where JFSC colleagues are concerned.  The organization is therefore expanding the chaplaincy role to include ongoing education for JFSC staff in a Judaism 101 program that will increase their literacy in multiple aspects of Jewish culture and religion, Droppo told AJNews.

The Chaplaincy position is “critical to the community,” said Droppo, who acknowledged the graciousness of the Calgary Jewish Federation board of directors in continuing its funding of the position while embracing its transition to JFSC.

“We are living in times that are increasingly difficult,” said Droppo, adding that Krygier Lapides’ work will help those who are most isolated to “develop connections and a sense of belonging.”

“Rabbi Ilana is a force,” said Droppo. “She is one of those people put on this earth to make people like me a better person.”

“We always want to strengthen our work and be responsive to the community. If there are gaps—and I’m pretty sure there are—we want to find out about and address them.

Droppo said that people who are in need of support will often only express that sentiment to someone with whom they are already comfortable, adding that Krygier Lapides is a familiar, safe and comforting presence who can help others to connect in meaningful ways.

For more information about the Rocky Mountain Rabbi, go to www.rockymountainrabbi.com.