Filmmaker Adam Bentley and "The Jewish Girl" production team will be present at the world premiere of the film at opening day of the Edmonton Jewish Film Festival on May 17. Pictured above Steven Lundle, Adam Bentley, Lindsay Stamhuis and Voula Fourlaris.

(EJNews) – I am Jewish and Canadian, Israeli and Edmontonian. I am a filmmaker whose short films have been screened on CBC and Air Canada. I had relatives who survived and who perished in the Holocaust. All these identities helped inspire me to produce a short documentary about the difficult process researching the true accounts of an Edmonton woman named Gerrie Stamhuis whose family hid Jewish girls in their Dutch home during the Holocaust by presenting them as the woman’s young sisters. As the woman is now very elderly and not in good health, I am working with her family to preserve her memories in this short documentary. Our hope is to distribute this remarkable story to Jewish and non-Jewish-themed film festivals and archives around the world.

Gerritje “Gerrie” (nee Stolp) Stamhuis was born and grew up in Groningen, Netherlands in the 1930s and 40s. As a non-Jewish family, they were initially protected from the worst of the Nazi horrors. However, as news of the atrocities spread, her family did whatever they could to save lives and fight against Nazism. With fear of retribution hanging over them, her family had joined the Dutch resistance by the late 1930s. They smuggled weapons by cart to anti-Nazi fighters. In the early 1940s, the family hid Jewish girls in their home.

The girls arrived exhausted, covered in lice, and smelling of Lysol. One had dark hair, just like Gerrie. She and her four siblings were instructed to refer to them as their sisters.

The family hid children until Nazi general Johannes Blaskowitz moved into the villa down the road. A Nazi soldier was stationed in every home in the neighbourhood, including that of the Stolps. As you can imagine, it was terrifying to help the resistance under the soldiers’ watchful eyes. One wrong move would lead to certain death. 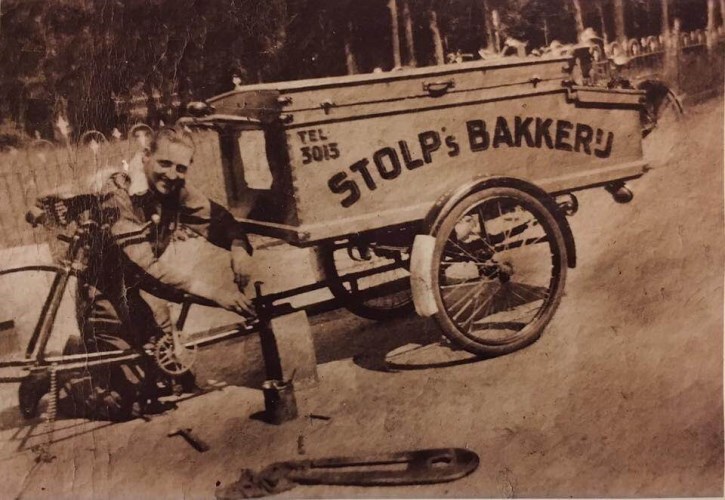 The Stolp family smuggled weapons by cart to anti-Nazi fighters and hid Jewish children in their home. They are the subject of a new documentary by Edmonton filmmaker Adam Bentley, winner of the 2016 Earl Parker Film Award.

Since being awarded the Edmonton Jewish Film Festival’s Earl Parker Award this past Spring, I completed production on this short documentary. My production team included: Steven Lundle (location sound and gaffer), myself, Lindsay Stamhuis (Gerrie’s granddaughter and the documentary’s narrator), and Voula Fourlaris (cinematographer & editor). Geoff Manchester (audio mixer and composer) lives in Toronto. The documentary, The Jewish Girl will be about eight minutes long and will screen on May 17 before the opening feature film of the 2017 Edmonton Jewish Film Festival.

It has always been my intent that The Jewish Girl would be the beginning of a larger film project. I recently learned that I could take the next step when I received funding from the Edmonton Arts Council’s Cultural Diversity in the Arts grant to write the first draft of a feature-length screenplay dramatizing the Stolp family’s experience hiding Jewish children and supporting the resistance amidst the brutal Nazi occupation during World War Two and the Holocaust.

Thank you to everyone who helped with this project.

Please join me on May 17 at 7 PM as the Edmonton Jewish Film Festival presents the world premiere of The Jewish Girl. Cast and crew will be present to answer questions before and after the event. Click here to purchase tickets.