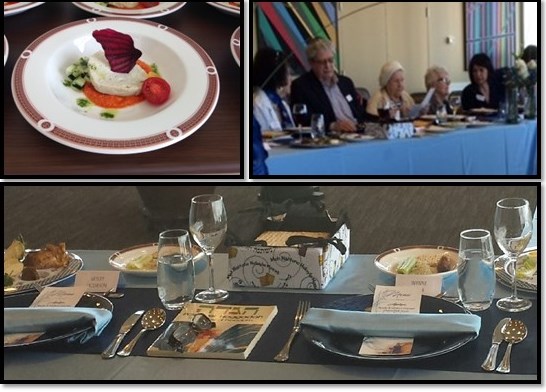 Our Parents' Home (OPH) successfully hosted a delicious and meaningful Pesach seder on April 11, 2017 for families and friends of OPH residents.

(EJNews) -The 14 th floor of Our Parents’ Home (OPH) is stunning at any time and it was even more spectacular on April 11 when it was the venue for OPH’s first-ever seder.  Set up in a large square, the tables were covered with pale blue linens, highlighted by dark blue runners and flowers of blue and white.  Large blue glass charger plates awaited each delicious course, which was served on OPH’s beautiful kosher l’Pesach china.  Such a beautiful setting in which to enjoy the time-honoured rituals celebrating our Festival of Freedom!

The following is an article written for OPH and the Edmonton Jewish News and respectfully submitted by Marvin Soroka.

“On Tuesday, April 11, 2017 at 6 pm, a lovely second night seder was held for the first time on the fabulous 14th floor in the new Beit Horim,” explained Marv.  “The service was admirably conducted by Mr. Jack Chetner, who provided many explanations, remarking that on Passover there are many questions asked by children, family, relatives, guests and friends.  Certainly, Mr. Chetner was right.  Those 34 people in attendance were able to participate in both Hebrew and English using interesting modern and colourful Haggadot.  It was appropriate and made perfect sense, in my opinion, to hold the 2 nd Pesach Seder at OPH/Beit Horim because, as children, seder services were most often held in our parents’ homes!” 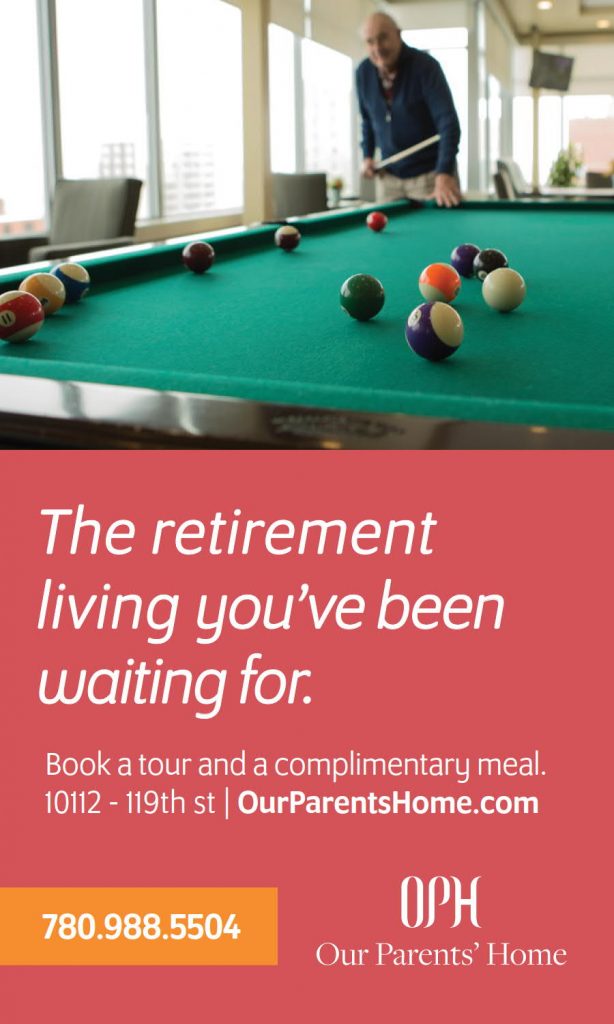 The Pesach story then began.  Seder plates and matzo trays were situated near every guest. “The menu and wine were of fine restaurant quality!” noted Marv. “The food was beautifully presented and delicious.  The appetizers were apple & walnut charoset, matzo-ball soup, and gefilte fish and egg.  The main course was a tender BBQ flanken rib with potato kugel and roasted zucchini infused with coriander oil.  After the main course, we enthusiastically sang the traditional songs, such as “Adir Hu”, “Chad Gadya”, “Eliyahu Ha Navi” while the youngest guest, Sam Kagan, was charged with searching for and finding the Afikoman.  Dessert was a flourless chocolate cake with caramel glaze.”

“It’s a good thing that our senior parents didn’t have far to travel to be home, because after the fourth cup of wine they no doubt might have been a little tipsy/shikkur!” noted Marv. “From the positive comments made by my parents, Lillian & Jack Soroka, and other residents and their guests, this evening was frum, so much fun, and a huge success!  I loved it even more because I was able to spend this special time with my parents.  I’m sure the families & friends of Mr. Chetner, Clara Kagan, Sam Sheckter, Anne Mishna, Eva Koplowicz, Doreen Jampolsky and Dorothy Tapper would agree!  Certainly, non-Jewish residents such as Mr. Frank Henderson were also in agreement!”

Marv concluded his description of the evening by remarking, “In conclusion, I extend warm and heart-felt thanks, and Mazel Tov, to Mr. Chetner, the chefs, staff and OPH Community Administrator, Todd Ketteringham, for a job well done!   Let us all say Le Shana Ha-ba-ah Be Yerushalayim and, if that’s not possible, then how about saying Le Shana Ha-ba-ah Be Beit Horim”?”