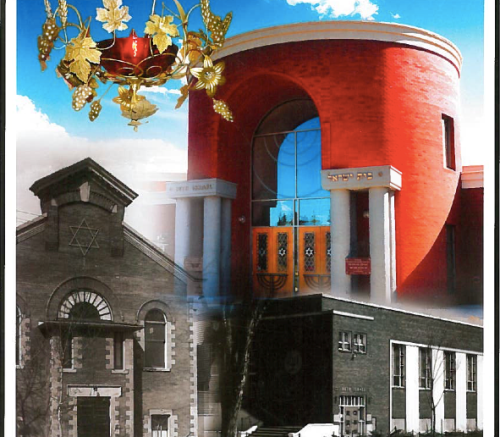 (EJNews) – In 1901 only sixteen Jews lived in Edmonton.  With the influx of Jews from Europe prompted the city’s Jewish community to grow, eventually establishing the first Synagogue in 1906. This September, Beth Israel Synagogue, is celebrating its 110th anniversary, commemorating the proud, vibrant history of Edmonton’s Jewish Community.

Beth Israel Synagogue, originally named the Edmonton Hebrew Association, was first established in Edmonton in 1906. The following year, the congregation acquired land for the Jewish cemetery, and elected its first President, William Diamond, and they purchased its first Torah Scroll and established Talmud Torah School for the city’s five Jewish children. The city’s first Rabbi, Rabbi Goldstick, served not only as the Rabbi of Edmonton, but also as the Rabbi for Calgary and as both cities’ Mohel and butcher.

In the final years of its downtown residence, there were some growing pains, but Beth Israel Synagogue has been prosperous in its new location, attracting a membership of over 500 people.  Rabbi Daniel Friedman, who has served Beth Israel since 2002, says that “Beth Israel is on the up and up, membership is flourishing, with wonderful crowds on Shabbos, and some of the best youth programming in the city”. He and Rabbinit Batya, President Stan Kitay and the Board of Directors, as well as the Youth Director, Hadassah Rosen, are undoubtedly responsible for much of Beth Israel’s liveliness, leading learning, youth programming, and holiday events at Beth Israel Synagogue.

On September 11, 2016 Beth Israel is hosting a gala evening celebrating the successes of Beth Israel over the years. They will be honouring two couples, Gordon & Darlene Bushewsky and Karen Leibovici & Stephen Zepp for their tremendous contributions to the Synagogue. Rabbi Friedman claims that the Bushewsky’s are “true stalwarts of the community” and thanks them for their unrelenting dedication. Karen Leibovici and Stephen Zepp are being honoured for their years and years of public service within the city and for their hard work and dedication to the community.

Come out and celebrate Beth Israel’s 110th Anniversary on September 11, 2016 at a Gala evening featuring food, comedy and fun.  The event will also be honoring two outstanding couples:  Gordon and Darlene Bushewsky and Karen Leibovici and Stephen Zepp.  This is an event not to be missed!