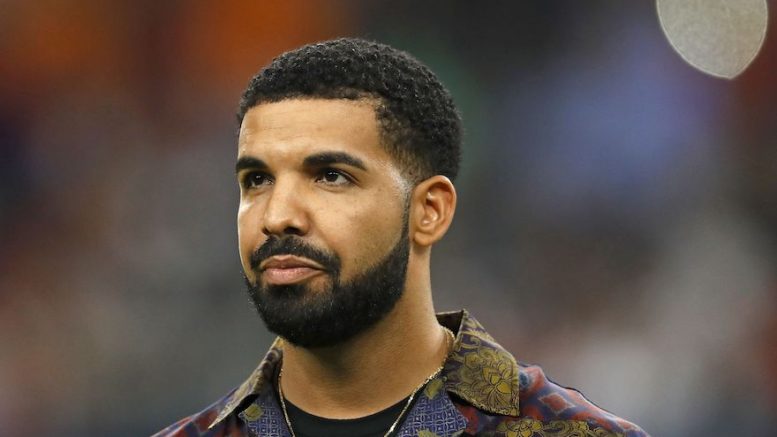 SAN FRANCISCO (J. The Jewish News of Northern California via JTA) — Drake has held the No. 1 spot on Billboard’s Hot 100 chart for most of this year. The Canadian rapper and singer during his career has set or matched records owned by the likes of the Beatles, the Rolling Stones, Whitney Houston and Paul McCartney.

In 2014, Rolling Stone called Drake “the biggest Jewish rapper since the Beastie Boys.” Now he’s just one of the biggest rappers of all.

For pop culture watchers, he’s a slippery enigma who changes roles and even accents from song to song, all the while keeping his place on top of the charts. And for Jews, he’s an anomaly, dominating a genre that isn’t exactly known as a Jewish milieu.

Drake, 31, is known for his down-tempo music, at times sensitive lyrics and a mischievous sense of humor. He broke onto the music scene in 2009 with “So Far Gone,” which had a single that peaked at No. 2 on the Billboard chart. His most recent album, “Scorpion,” is an even bigger hit — all 25 songs appear in the top 100 chart — and has spawned at least one viral meme.

By any measure, Drake is an unusual Jewish celebrity.

He was born Aubrey Drake Graham and grew up in Toronto. His father was African-American, a professional drummer from Tennessee, but Drake was raised primarily by his white Jewish mother, a grade-school teacher. According to earlier interviews, he went to a public high school that was largely Jewish but felt he didn’t fit in and was the target of racist remarks, including “shvartze.”

“I didn’t have the worst time, but I did have a hard time. I was always the last kid to get the invite to the party,” he told Rolling Stone in 2014.

At 15, however, his life changed when he was cast on “Degrassi: The Next Generation,” a Canadian teen TV drama he was on for six years. (He would return to graduate from high school.)

Drake also told the magazine that he’s “proud to be Jewish.” He occasionally posts Instagram photos of Passover and Hanukkah gatherings, and told Rolling Stone that “I celebrate holidays with my family.”

Still, his Jewishness is not widely known among his many fans, like Leila Pifko.

“They probably — hmm, I’m not sure,” mused Pifko, a senior at Jewish Community High School of the Bay. “I’m honestly not sure. I feel like they might? Some people might know.”

While public musings over his ethnicity are not uncommon on internet forums, few fans apparently ask Google if he’s Jewish — it doesn’t even come up as one of the top 10 search results for the query “Is Drake …”?

Some of his fans, though, are definitely in on it.

It’s not that his Jewishness is a secret. Drake played up his Judaism in a 2014 skit on “Saturday Night Live,” doing a satiricial re-enactment of his bar mitzvah in a wig and kippah, rapping “I’m black and Jewish/it’s a mitzvah” over a klezmer clarinet.

Bar mitzvahs seem to be a theme for Drake. Not only did he have a bar mitzvah himself, but in 2017 he threw a bar mitzvah-themed birthday party. In 2012, he released a music video for his song “HYFR” that purported to be a “re-bar mitzvah” that showed Drake rapping and praying in a Miami synagogue in front of family friends and music friends. There’s also a post-bar mitzvah “party” that gets wild, with guests chugging Manischewitz and rapper Lil Wayne joyfully smashing a skateboard into a table.

That kind of self-referential playfulness makes Drake a hero to a certain crowd.

“I would definitely say that it definitely makes me more proud as a Jew,” said Pifko, who like Drake has Canadian roots.

But Drake identifies as black, while the few other Jewish rappers who have found a degree of fame are uniformly white. The Beastie Boys, the multiplatinum trio of Michael Diamond, Adam Yauch and Adam Horovitz, arguably is the other most famous, topping the charts at the height of their popularity. But there’s a major drop after that. The list usually includes Matisyahu, who gained fame for performing in Hasidic garb (he has since shaved his beard).

The only other non-white Jewish rapper of note is Shyne, the son of the prime minister of Belize and a former protege of Sean “Diddy” Combs. Shyne found Judaism while in prison and now lives an Orthodox life as Moses Levi. He has dissed Drake as “an actor from Canada.”

Jewish hip-hop has traditionally leaned heavily on parody, according to Judah Cohen, a professor of musicology and Jewish studies at Indiana University who wrote a 2009 academic article on the subject. Lil Dicky is a prime example. Even the Beastie Boys originally posed dripping in gold chains in a satire of bling-focused gangsta rap. According to Cohen, that kind of parody attracts attention by creating a pairing — Jews, or at least the socially prevalent idea of Jews, and rap — that in itself is humorous by virtue of its unlikelihood.

But Drake is not parodying the hip-hop ethos — he is embracing it. His success as a rapper and R&B singer, genres rooted in African-American culture, is as a black artist. He’s a Jew of color, but it’s not his primary public image. That brings up some tricky navigating of identity.

“He might have had to code-switch into his blackness instead of away from his blackness because of how he was raised,” speculated Satya Sheftel-Gomes, 17, a high school junior in New York City and a longtime camper with San Francisco’s Be’chol Lashon, an advocacy group for Jews of color.

Sheftel-Gomes is black and Jewish and does not deny that it’s nice to have a famous artist out there who is like her in that way.

“It’s great for me!” she said, laughing.

For one thing, the teen has a great riposte for those who say they have never heard of anyone else with an identity like hers.

“I’m like, yes you have, you definitely have, because Drake is black and Jewish,” she said.

Sheftel-Gomes, however, believes Drake is less a representative of a specific identity and more someone who uses his Jewishness and blackness as tools to increase his audience. She calls him a “racially ambiguous, religiously atheist rapper who makes good music for everyone.”

“He only really identifies parts of himself when it is appropriate to his popularity,” she said.

Sheftel-Gomes doesn’t judge him for that — after all, fame means appealing to a wide range of people.

“I think the reason he’s such a pop star is his ability to do that,” she said.

“It’s been interesting to see how Drake has been presenting himself,” the musicologist said.

“People look to celebrities to reflect who they are,” he said, “to realize an idealized version of themselves.”

But Cohen said the need for a superstar to appeal to a wide audience is, for rappers, at odds with the heightened demand to be “authentic.”

“That’s one of the big debates you’ll see in hip-hop,” he said.

That means Drake’s ability to straddle his identities, from a former bar mitzvah kid to a hard street rapper, doesn’t always work.

“‘Started from the bottom’ … but he’s a Jewish kid from the suburbs!” said Fraknoi, referring to one of Drake’s biggest hits, in which he raps, “Say I never struggled, wasn’t hungry, yeah, I doubt it.”

Fraknoi is a 24-year-old white rapper who performs as Frak. He is San Francisco-born, went to the Brandeis School and has been rapping since he was a teen.

“I have a complicated relationship with Drake,” Fraknoi said. But “I definitely respect him musically and as a rapper.”

Fraknoi, who participates in rap battles in which authenticity is prized and is open about his Jewish background, finds Drake’s eliding of identity a little “cringe-worthy.”

“And many times it’s inauthentic to his upbringing,” he said.

Alegria is Jewish and Filipino and has been working bar and bat mitzvahs in the Bay Area since he was 14 (he’s now 31, the same age as Drake). He’s familiar with assumptions of what a Jew looks like.

“A lot of people see me and don’t necessarily think that I’m Jewish,” he said.

Nor does Alegria think most casual hip-hop listeners know that Drake is Jewish.

“He talks about it very rarely, I’d say,” Alegria said. “In his music he doesn’t go around exactly parading it.”

“I don’t think he’s that open about it in his music,” Fraknoi said. “And he doesn’t do interviews.” (Drake is press shy and does few interviews; J. requested one but was denied.)

The 2012 “HYFR” video could be called Drake’s most Jewish statement to date, although it was controversial.

“I’m proud — a proud young Jewish boy,” Drake said in a “making of” video for “HYFR.” “When I had a bar mitzvah back in the day, my mom didn’t really have that much money. I told myself that if I ever got rich, I would throw myself a re-bar mitzvah. That’s the concept of the video.”

Filmed in and outside Miami’s Reform Temple Israel, the video, which includes plenty of explicit words, shows Drake at the bimah in a kippah with a rabbi reading the Torah and kissing the fringe of his tallit. The party that follows (not filmed in the sanctuary itself) becomes hilariously raucous. There’s a pan shot of iconic Jewish food, and Drake is lifted into the air in a chair while chanting the (also explicit) chorus lyrics. Candles are lit and a cake is shown, and later smashed, in front of a large Star of David.

The synagogue leadership at first defended the decision to let Drake film there, but later tempered their position, telling JTA that the lyrics of the song — which has nothing to do with Judaism but includes stories of Drake’s sexual conquests — was not consistent with the temple’s values. The director of the video, however, said the shoot was respectful.

Perhaps for his Jewish fans Drake doesn’t have to embrace his roots any more than he already does, or talk publicly about his Jewishness to prove himself. Maybe what he’s done is enough to be inspiring.

“I’ll bet the answer is ‘yes’ to that,” Fraknoi said. “He doesn’t even have to do anything. He [just] has to be Jewish and famous.” 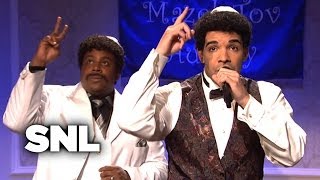