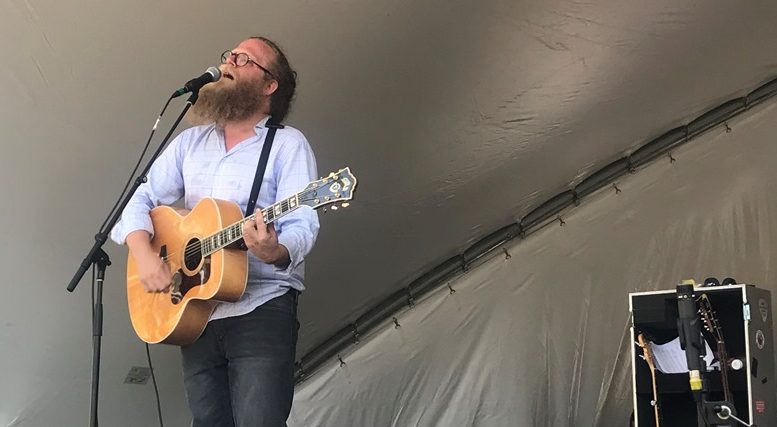 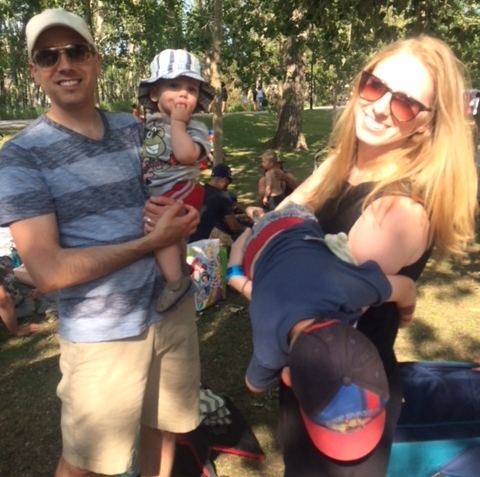 (EJNews) – Calgary was the place to be this past weekend as the gorgeous Prince’s Island Park played host to the 2018 Calgary Folk Music Festival.

The four-day festival featured dozens of performers rocking out under a beautiful Calgary sun, and attendees had their choice of amazing musical talent from the multiple stages dotted throughout the island.

One highlight of the festival was singer songwriter Ben Caplan who captivated the audience at Stage 5 on July 29th with his klezmer inspired, deep voice and irresistible energy. Caplan’s set on the sunny Sunday afternoon of Folk Fest was a wonderful addition to the lineup, as some were even comparing the Canadian singer’s sound to the late Leonard Cohen.

Ben Caplan is no stranger to Edmonton audiences. He was here earlier this year at the Citadel Theatre’s production of Old Stock: A Refugee Love Story – a musical theatre production that Caplan co-wrote and starred in. The production most certainly featured Caplan’s Jewish inspired irreverent humour, and provided a highly entertaining, Klezmer-filled ride through last century’s Canadian immigration system. After success at the Edinburgh Fringe Festival last spring, the musical found itself off-off-Broadway and then all the way north to a highly acclaimed stint in Edmonton.

A native of Hamilton, Ontario, Caplan’s songs are thoroughly footnoted with diverse influences. Caplan and his Smokers evoke the Weimar Republic at its most cabaret fantastic, Eastern European traditional music at its most whirling, Jewish music at its most chutzpahdik, and troubadour folk at its most workaday. His voice is at times a stately baritone, at others a gristly carnival bark. His love of dissonance – in music, life and stories – shines through every note.

Caplan’s set at Folk Fest most certainly delighted his long-time fans as well as newcomers to his music.