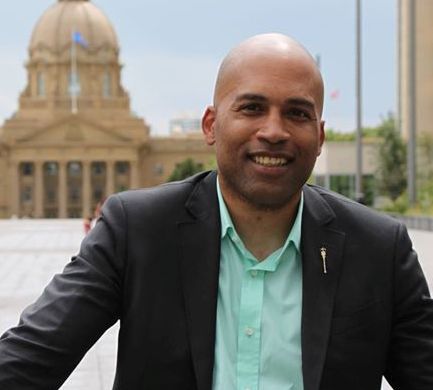 (July 7, 2016) – Sometimes when I talk to people, they’re surprised at the number of different jobs I held before I was elected as the MLA for Edmonton-Centre. I’ve waited tables, shoveled snow, corralled chickens, delivered papers, unloaded trucks, stocked shelves and sold clothing, fitness machines and musical gear. More than one of those jobs paid minimum wage, but I did what I had to do to survive and support my work as a musician and studio engineer.

I’ve also faced a lot of mental and physical health challenges, struggling through severe bouts of anxiety and depression – something I’ve discussed at many community events. And at my lowest ebbs, I learned what it’s like to try to live and pull myself back up on an income below the poverty line.

That’s why I’m proud support our government’s commitment to raise Alberta’s minimum wage to $15/hour by 2018.

In the year since I was elected, I’ve met with dozens of community organizations who serve Albertans in need who, unlike myself, haven’t had the support of family and friends to help them overcome challenges with physical and mental health or addictions. Almost all of them have told me how a higher minimum wage would help men and women fighting to get back on their feet find the empowerment and dignity of financial independence.

For every Albertan who’s chronically homeless, we pay $100,000 in social supports, and it’s similar for those with consistently low income. When someone is working full-time or part-time on minimum wage and cannot make ends meet, the resources needed to support them and their families come from elsewhere – from the food bank and from municipal, provincial and federal governments.

Moving Alberta’s minimum wage closer to a living wage is a key part of our government’s plan to address poverty in our province. Along with our investments in affordable housing, mental health and addictions treatment, and the Alberta Child Benefit, the increase in minimum wage will help ensure that everyone who works a full-time job is able to earn enough to provide for themselves and their families. It will give Albertans in need the foundation they need to build better lives and contribute to their communities and local economies. And that builds a better province for us all.

Be the first to comment on "op/ed: Raising the minimum wage will help hard working Albertans"