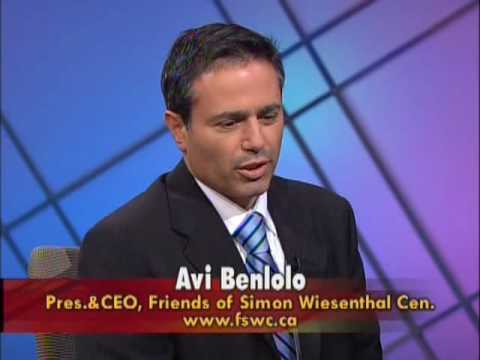 (July 20, 2018) – As someone who regularly receives threats and demeaning comments on Facebook because I am a Jewish advocate and Holocaust educator, I find Mark Zuckerberg’s comments utterly offensive. According to reports, Zuckerberg stated that “there’s a set of people who deny that the Holocaust happened….I don’t believe that our platform should take that down because I think there are things that different people get wrong.”

Facebook is a brilliant social networking platform with billions of users who join (one assumes) to make “Friends” – not enemies.  Whatever happened to compassion, common decency, anti-racism or even the Universal Declaration for Human Rights? How far has humanity regressed?  How much have we forgotten?

The platform should not be protecting and giving voice to people who espouse violence and give comfort to the most horrific genocide ever created by humanity – the Holocaust.  Having walked with survivors through Auschwitz, the largest cemetery on earth, and witnessed first hand how words could easily turn to horrific action, Zuckerberg’s words have not surprisingly lit a public outcry.

Holocaust denial is pure antisemitism.  Throughout history we have learned that antisemitism is in fact lethal. The Holocaust was a consequence of antisemitism as were countless horrific episodes in Jewish history which marginalized, dehumanized and then murdered entire Jewish communities.  Our people have suffered exactly because of “deniers” who have falsified and stereotyped us.

Haters are responsible for racist and antisemitic tracts like ‘The Protocols of the Elders of Zion’ and ‘The International Jew’.  Through time, they have been responsible for spreading lies and mistruths about our community with ridiculous accusations and propaganda.  In the past, the ‘Blood Libel’ (that we supposedly murder Christian children for Matzah) was spread by word of mouth from village to village to incite people to harm Jews.  Today, antisemitism is spread through social networking sites like Facebook.

To compare conspiracy theories to people who simply misspeak is misinformed.  Hate speech is an intentional act of conspiracy to incite hatred against another – no matter who. In fact, it is illegal in several countries including in Germany and Canada.

Holocaust deniers are “intentionally” getting their facts wrong.  All the evidence we now have about the Holocaust including records from Germany including minutes from the Wannsee Conference where the final solution was hatched; testimony from Holocaust survivors, and of course the physical evidence of the camps and murder sites are not proof enough?

Facebook says it will remove misinformation that can lead to violence, but what about antisemitism and Holocaust denial? The murder of six million Jews happened because of prejudice and misinformation. Even recently, Jewish people are attacked on the streets of Europe for wearing a Kippah, as was the case a number of days ago with a professor visiting Germany. And what of attacks against Jewish schools, markets, synagogues, community centres in Europe, North and South America and the Middle East?

Have we learned nothing from Charlottesville where white supremacists, emboldened by nationalism, felt bold enough to walk the streets unhooded and shout, “Jews will not replace us”?

Undoubtedly, Zuckerberg personally finds antisemitism abhorrent. In a world deepening with conflict and nationalism, deeper thought must be given to the reduction of racism and intolerance.

Be the first to comment on "op/ed: Disappointed in Zuckerberg"