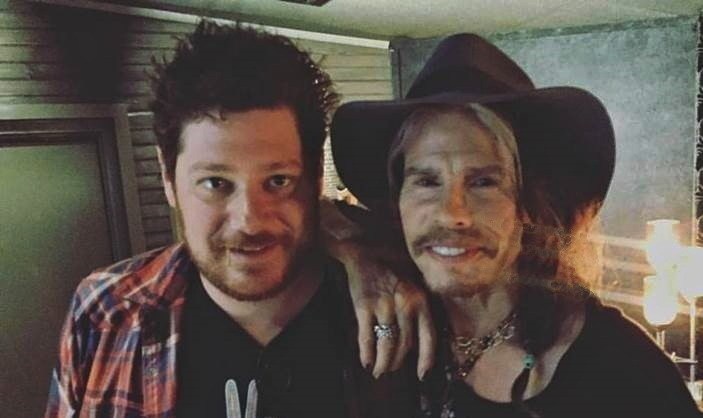 He was born in Toronto to Robert and Shelley Cohen, and the family moved to Calgary in 1989.  His father played the guitar, and Cohen started playing piano at five. As a teenager, he joined the PT Junction Blues Authority, a group that included my cousin Sandy Shuler’s son, Josh Goldenberg, as guitarist and lead singer. She told me about Cohen and how they won the battle of the bands at his high school, Henry Wise Wood.

Rachel Barsky noted in The Canadian Jewish News that Cohen didn’t plan to become a musician. “It was in Grade 12 when he was accepted to Humber College’s jazz program in Toronto that he started thinking about becoming a professional musician.”

Cohen told me, “I wasn’t that passionate about jazz itself as an art form. More so as a tool to learn music and become a better player. A soon as I had an opportunity to go on the road as a sideman, I dropped out.”

He continued to work as a freelance musician in various groups in Toronto. “That’s how Cohen got his first major gig, as the keyboard player for Amanda Marshall, which led to playing with her at the 16th International AIDS Conference in Toronto in front of 55,000 people,” Barsky reported. That was in 2006, and led to working with Scottish-Canadian country music artist Johnny Reid.

After touring with a few Canadian acts, “I realized there was a ceiling as to how high my career would go if I didn’t move to a larger market,” he told me. So Cohen headed to Nashville in 2007.

Tired of the rigours of the road in 2012, he settled into a studio musician’s life. Speaking with Hanna Jessica of Building Our Own Nashville blog, he said, “Every artist does things differently, but broadly. We get set up and ready to go at 10 a.m. We listen to the songs we’re going to play that day and make charts so we can all be on the same page. Then (we) make music until 9 p.m. some days. Everything I play in a session is improvised. We often have a demo recording of how the songwriter intended the song to be played, but we’re not locked to that. We’re free to give ideas.”

In 2017, he received the Academy of Country Music (ACM) Piano/Keyboards Player of the Year Award. “My first thought was that my career was peaking too early and that I was destined to fade out early,” he told thecountrynote.com. “Those thoughts quickly turned to how I could live up to that title. It’s obviously a huge honour to win an award like that. A lot of the records I have worked on are consecutive and it’s a very cool experience to have your own rapport with the artist you’re working for. Many times in the studio, you just show up and do your job and don’t really feel connected to the project. With consecutive records, it’s cool to have a relationship to build on and use as inspiration for the tunes.”

His Jewish connection to music came from his family and growing up in Calgary.

“My years at Camp B’nai Brith Riback in Pine Lake, Alberta were where I got together and sang songs with my camper peers,” he recalled. “During high school, my bandmates were Jewish and all members of BBYO, playing at dances and band battles. I owe a lot to the Calgary Jewish community for laying the groundwork for me both musically and socially to be able to thrive in this career.”

Of late, Cohen has been doing more producing in addition to songwriting and session work. Musicrow.com reported that he recently signed a worldwide publishing deal with Spirit Music Nashville as “co-producer of eight No. 1 songs and session musician on over 50 No. 1 songs. He joins a roster including songwriter Jonathan Singleton, Grammy-winning songwriter David Garcia, a MusicRow Song of the Year winner and Grammy-nominated writer Jeremy Bussey, and ACM Guitar Player of the Year Derek Wells as well as Bobby Hamrick, Brinley Addington, Frank Ray and Neil Thrasher.”

Not bad for a Nashville cat from Calgary.

David Eisenstadt is founding Partner of tcgpr.com the Canadian Partner firm of IPREX Global Communication. He is a graduate of Carleton University’s School of Journalism and the University of Calgary.

This article is reprinted from Canada Jewish Record.

Be the first to comment on "On the Record: Canadian Jewish Musicians of Note – David Cohen"