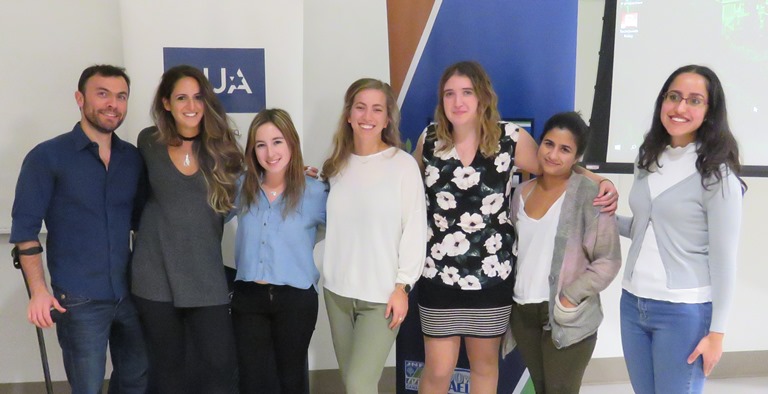 (EJNews) – On October 24 a full classroom was treated to an inspirational and enjoyable evening put on by JNFU, Edmonton Hillel and CIJA. Noam Gershony, Israel’s first Paralympic Gold Medalist, visited Edmonton and spoke about his life. It is an inspiring tale of courage and valour. The sole survivor of a deadly Apache Helicopter crash while serving in the Israeli Defence Force, Gershony speaks about how lucky he is to be alive, the hardships he has faced coming to terms with his new life, and the struggle to overcome adversity.

In stereotypical Israeli fashion Gershony takes his physical and mental pain in stride and recognizes that it is part of his life, and he is thankful for every opportunity he has to live. Gershony’s tale is that of the phoenix, rising from the ashes. After being brought back to life, months of rehabilitation, and coming to terms with the fact that he will never have the same life he once lived, Gershony strove to return to the activities that made him most happy. He showed the classroom videos of him doing chair bound extreme sports, sprinkling in humour and jokes everywhere he could, leading up to his Gold Medal win at the 2012 London Paralympic Games.

Noam Gershony’s story is truly inspirational, if you were unable to attend, I recommend reading more about him, watching some of his YouTube videos and listening to his amazing story.

Noam Gershony describes the harrowing events that led to his becoming a paralympic tennis champion. 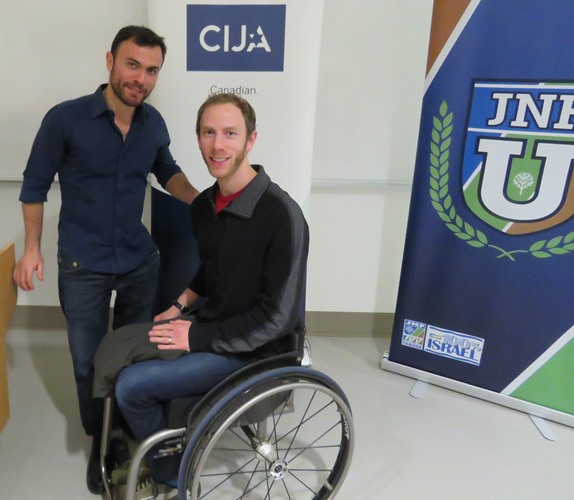 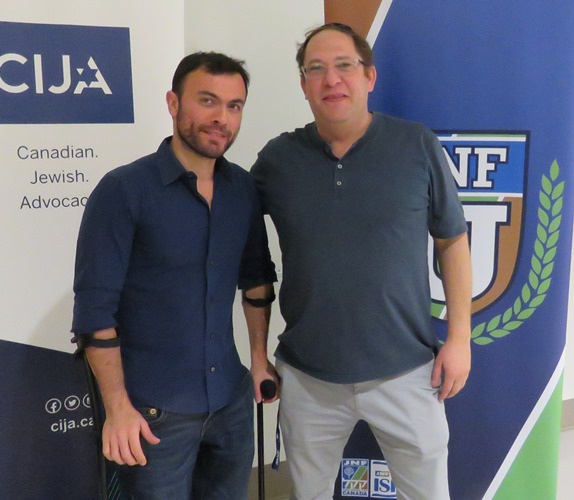 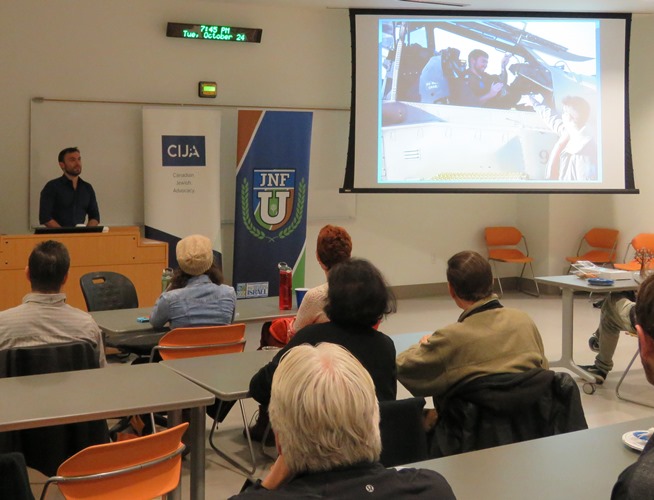 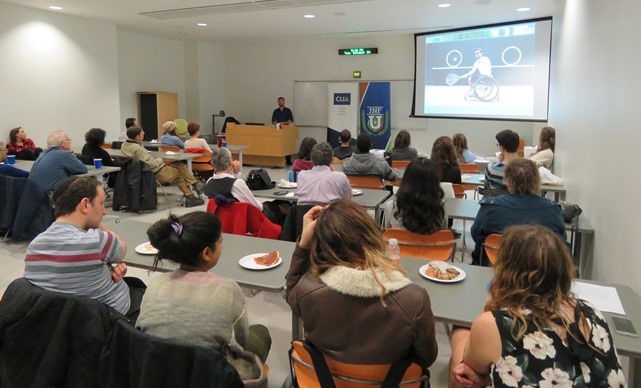