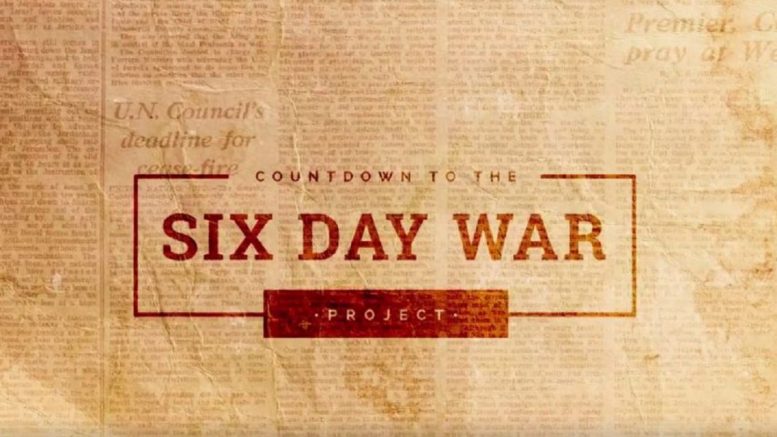 Twelve short films that document the Six-Day War are available as a free series from Jerusalem U.

“For many young people today, the Six Day War is old news – literally fifty years old,” said Zeev Ben Shachar, Director of Education for Jerusalem U.  “That’s why Jerusalem U made the free video series Countdown to the Six Day War: to re-live this transformative experience for Israelis and Jews around the world.”

The 12 short videos unfold in real time, showing what happened on each day leading up to those fateful six days.  The Six Days themselves get special treatment – with a short film for each day.  Countdown to the Six Day War is presented in partnership with the Jewish Council for Public Affairs (JCPA), The Jewish Federations of North America, Israel Action Network, the Center for Israel Education and The Jerusalem Post.

“For those of us who were not alive when the Six Day War happened, this new video series from Jerusalem U and its partners allows us to experience it in real time,” added Zeev Ben Shachar.  “It is our hope at Jerusalem U that we bring this important historical event out of the history books and into the eyes and ears – and even smartphones – of Jews around the world.”

The free video series Countdown to the Six Day War is available at:  http://www.sixdaywarproject.org/ 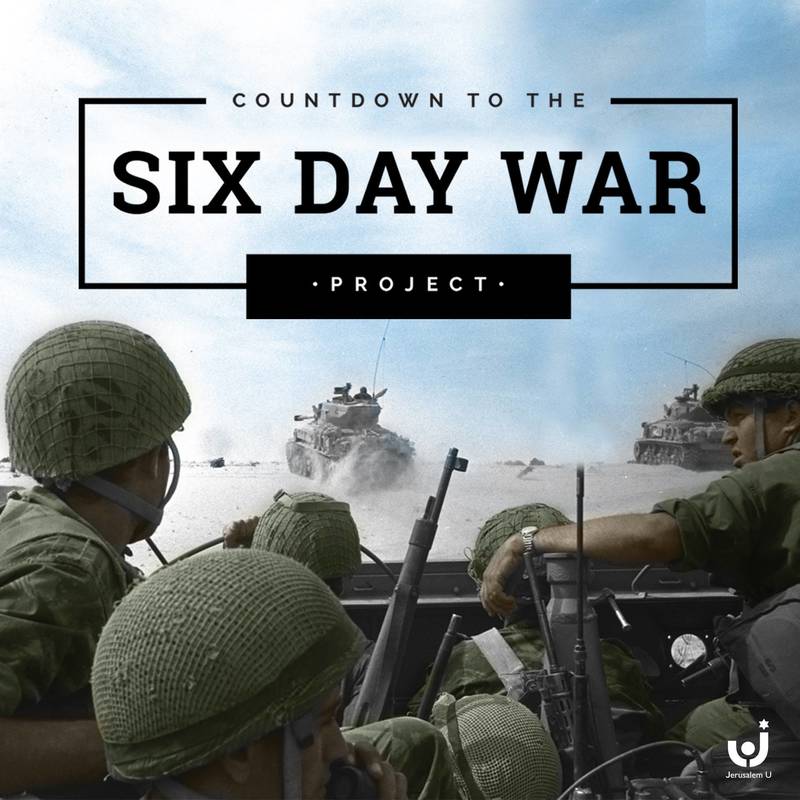 Twelve short films that document the Six-Day War are available as a free series from Jerusalem U.