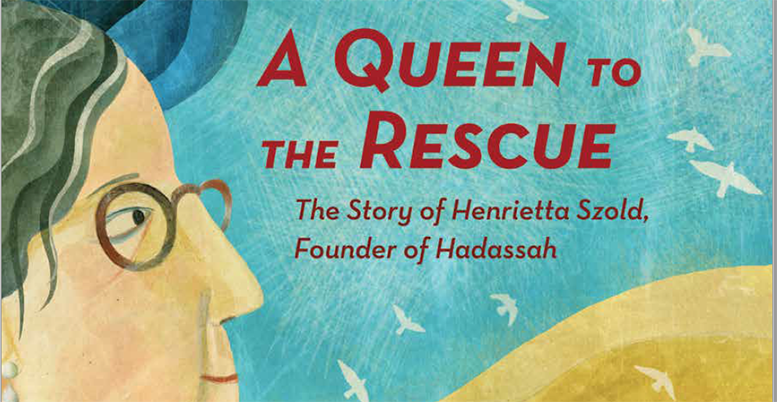 (AJNews) – There has been renewed interest recently in the life of Henrietta Szold, whose name is not as well-known as it could be given that she saved 11,000 children from perishing in the Holocaust and improved the lives of millions of people. 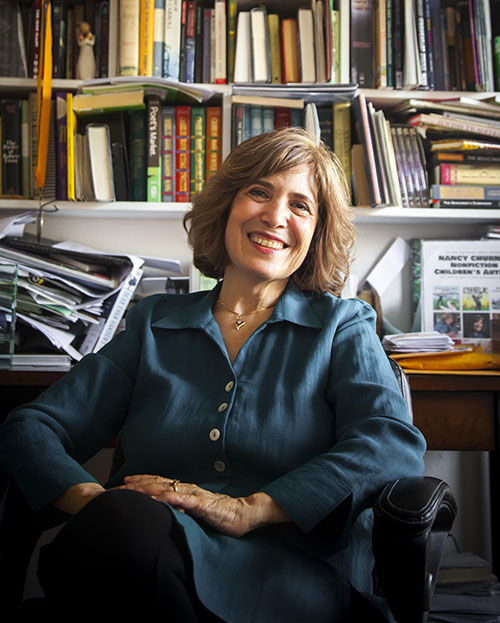 The near simultaneous publication of two books based on her life — a biography by Dvora Hacohen, recently translated from Hebrew, To Repair a Broken World: The Life of Henrietta Szold, Founder of Hadassah, and an illustrated children’s book by Nancy Churnin, A Queen to the Rescue: The Story of Henrietta Szold, Founder of Hadassah — finally shines a light on this remarkable woman who persevered through personal heartbreak while living through difficult times to do work she saw as needing to be done.

Both book titles carry the name of the organization she founded, Hadassah, and how it is known in the United States. In Canada, it is called, Canadian Hadassah-WIZO. Remarkably, she founded two other organizations prior to founding what would become the largest Jewish women’s Zionist organization in the world. As a young woman living in her native Baltimore, when she saw new immigrants treated poorly on account of their poverty and lack of English skills, Henrietta founded a night school where they could study English and vocational skills to enable them to find better employment. When she saw that not enough Jewish books were being published, she became the founding editor of The Jewish Publication Society, today considered the preeminent publisher of Jewish books in English, overseeing the publication of books, writing articles, translating works, while carrying the title of “secretary,” at a time when women could not hold jobs.

These contributions would have been enough for most people, but Henrietta persisted. What launched this most productive phase was personal heartbreak. After learning that a young Talmudic scholar, named Rabbi Louis Ginzberg, whom she secretly carried a torch for was going to marry another, much younger, woman, an Adele Katzenstein, Henrietta fell into a deep depression. She rose up from the ashes of her unrequited love like a phoenix and set sail for pre-state Israel where she went on to achieve her greatest work, through Hadassah.

So how do you tell such a difficult and complicated life story to children? 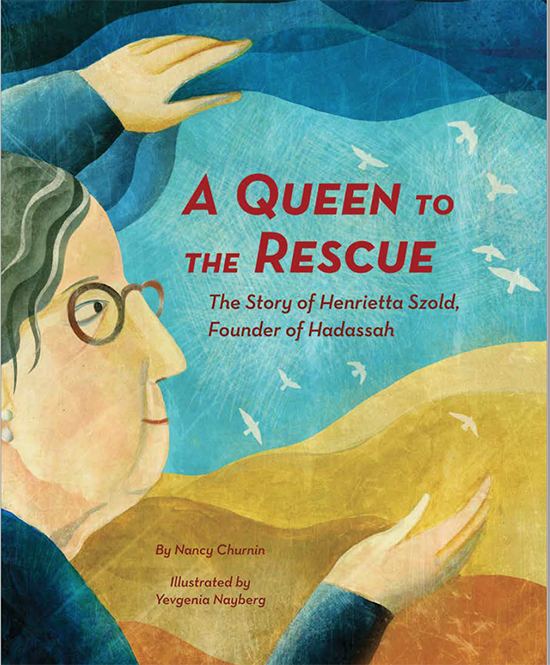 Educated at Harvard and Columbia University, Nancy Churnin worked for years as a journalist and finally, after receiving numerous rejections from publishers for an earlier children’s book manuscript, decided to hone her skills as a children’s book writer at a writing program sponsored by PJ Library. It was here, Churnin, being a lifetime member of Hadassah, discovered there had not been a picture book written about Henrietta Szold. She quickly realized why, “There was simply too much to say about her.” With further research, Churnin found “the kid friendly element” when she seized on Henrietta’s love of the Purim story. She explains, “Hadassah was the Hebrew name for Queen Esther, Hadassah was founded on Purim and kids love to celebrate Purim.”

What has resulted is a smart picture book for children that teaches history, hard work and not giving up to despair while living through dark times. It is a story for our time. The beauty of the book is that it is the antithesis of a fairy tale or a sugary sweet Disney tale that gives children cerebral cavities and distorts their thinking with illusions. A Queen to the Rescue, is honest, yet manages to broach difficult subjects in a sensitive, engaging manner helping to teach empathy and spark intelligent conversations.

Yevgenia Nayberg, who illustrated the book, deserves praise for her exquisite drawings that have turned this work into objet d’art for little hands.

The Jewish Book Council recently announced the 2021 National Jewish Book Awards, which included Haco­hen’s To Repair a Broken World (Har­vard Uni­ver­si­ty Press) receiving the Book of the Year and the Biog­ra­phy Awards and the prolific Churnin received the Children’s Pic­ture Book Award, yet for another work, Dear Mr. Dick­ens (Albert Whit­man & Co).

Churnin concludes, “Henrietta lived through the Civil War, World War I, she didn’t even live to see the end World War II, but she never gave up. This sends a message to kids. It’s actually comforting because it’s saying there are amazing people who lived through dark times, maybe even darker than ours. They kept the light burning. They managed to do good things. They managed to move the moral arch of the universe towards justice. You can do that too. They didn’t do that with wealth. They didn’t do that with power. They showed that we can all do it.”

Nancy Churnin will be reading A Queen to the Rescue to children in time for Purim on Sunday, March 13, 2022 at 10:30 am MT over Zoom. Children are asked to wear a Purim costume. Tickets can be purchased at www.chw.ca.

Be the first to comment on "New children’s book tells the story of Hadassah founder, Henrietta Szold"