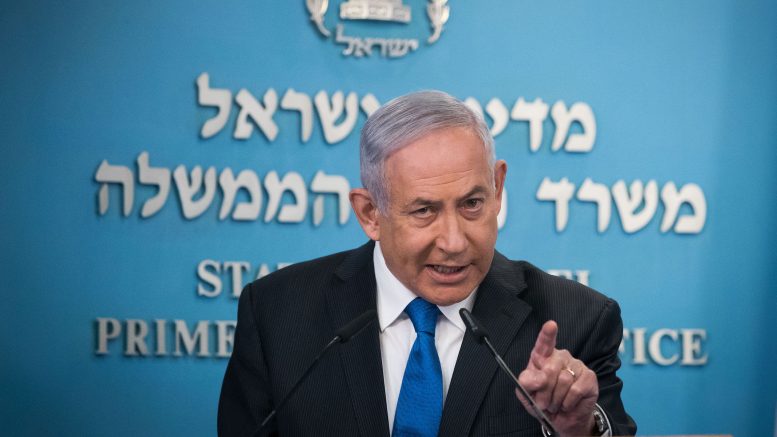 Israeli Prime Minister Benjamin Netanyahu said his plan to annex part of the West Bank “remains on the table,” despite agreeing to suspend the move as part of an agreement to establish formal ties with the United Arab Emirates on August 14, 2020.

He did note that President Donald Trump asked that “Israel wait temporarily” to move ahead with annexation, Netanyahu said, adding he intends to comply.

Hours later, Trump said at a news conference in Washington that the plan is “off the table.”

“Right now all I can say: It’s off the table. I can’t talk about some time into the future, that’s a big statement, but right now it’s off the table,” Trump said in response to a journalist’s question on the plan’s current status.

But Trump turned to David Friedman, his administration’s ambassador to Israel, to confirm his description.

“Is that a correct statement, Mr. Ambassador?” Trump asked of Friedman, who was with him at the briefing room.

“Yes, the word ‘suspend’ was chosen carefully by all the parties,” Friedman said. “‘Suspend,’ by definition, look it up, means temporary halt, it’s off the table now but it’s not off the table permanently.”

The Abraham Accord agreement announced August 14, lays the framework for agreeing to diplomatic ties between Israel and the United Arab Emirates. It is only the third such agreement signed by Israel and an Arab country (after Egypt and Jordan).