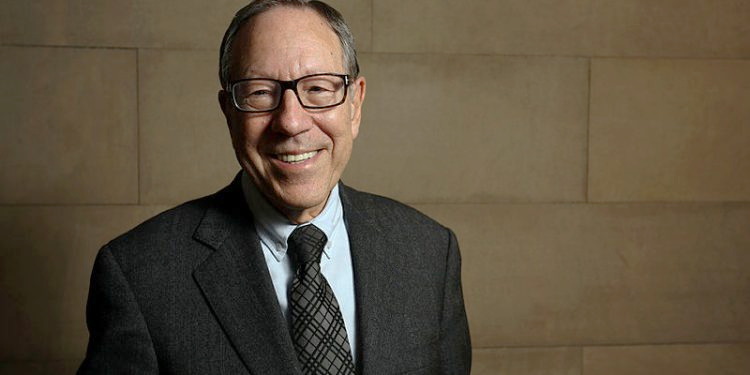 Irwin Cotler will co-chair the National Summit on anti-Semitism taking place on July 21.

(AJNews) – July dates have now been announced for National Summits on tackling hate against Jews and against Muslims.

“In Canada, diversity is one of our greatest strengths, yet we continue to see hate fueled by racism and discrimination take an unacceptable toll on our communities,” stated MP Bardish Chagger, Minister of Diversity and Inclusion on July 9. “We know that this serious issue will not be solved with a top-down approach, so we must actively listen to the voices of communities directly affected by racism.”

These summits will bring together a diverse group of community and political leaders, academics, activists, and members with intersectional identities within these communities. This includes Irwin Cotler, Canada’s Special Envoy for Preserving Holocaust Remembrance and Combatting Antisemitism, who will participate in the National Summit on Antisemitism. Together, participants will continue charting a path forward to combat racism and discrimination.

On July 21, Cotler and Minister Chaggar will lead the National Summit on Antisemitism. This summit will be an opportunity to combat antisemitism and identify concrete measures to root out this form of hate.

“We welcome the government’s decision, in response to our call expressed over the last month, and echoed by tens of thousands of Jewish Canadians, to host an Emergency Summit on Antisemitism to address the troubling rise of anti-Jewish bigotry in Canada,” stated CIJA CEO Shimon Fogel.

“Jews in Canada and around the globe are being targeted for their identity and for expressing solidarity with their fellow Jews in Israel who were under attack from Hamas, a listed terrorist organization. We have witnessed antisemitism targeting Jewish owned businesses, in schools, in workplaces, in unions, and on our streets. Moreover, we have seen an unprecedented spike in antisemitic vitriol expressed online.

“We look forward to working with the government and Special Envoy, the Hon. Irwin Cotler, to ensure that the Emergency Summit includes the right stakeholders at all levels of government, addresses the unique characteristics of antisemitism, and leads to a concrete plan of action that reassures Jewish Canadians that they are safe in Canada.”

On July 22, Ottawa will host the National Summit on Islamophobia to chart a path forward against this form of hate, whenever and wherever it occurs. This summit will provide a platform to continue building on Canada’s Anti-Racism Strategy.

“Through these National Summits, the Government of Canada will work with communities directly affected by racism and take specific steps to address these forms of hate to build a truly inclusive country,” added Minister Chagger.

“I have extended an invitation to my Cabinet colleagues, members of Parliament, and officials throughout all orders of government to hear directly from Muslim and Jewish community leaders.”

Additionally, the Federal Anti-Racism Secretariat will continue working closely with communities to take action against anti-Indigenous, anti-Asian, and anti-Black racism, along with combatting discrimination against LGBTQ2 individuals and all forms of hate.

“Our government knows that we need to keep having these conversations to accelerate our work to combat systemic racism in Canada,” concluded Minister Chagger.

“As we work to build a safer and consciously more inclusive society, we will continue to listen to the lived experiences of communities affected by racism and hate. I look forward to a robust and engaging discussion at both summits.”