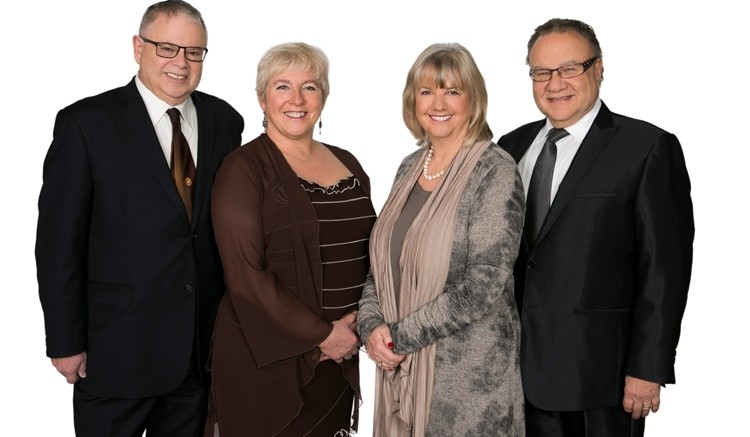 (EJNews) – Darlene and Gordon Bushewsky, Karen Leibovici and Stephen Zepp – these four dedicated volunteers are the honourees to which the Beth Israel will pay tribute at the 110th Anniversary Gala on September 11,2016. They are outstanding examples of commitment to their synagogue and their community.

Gordon and Darlene Bushewsky have deep roots within the Jewish community of Edmonton and with Beth Israel Synagogue. 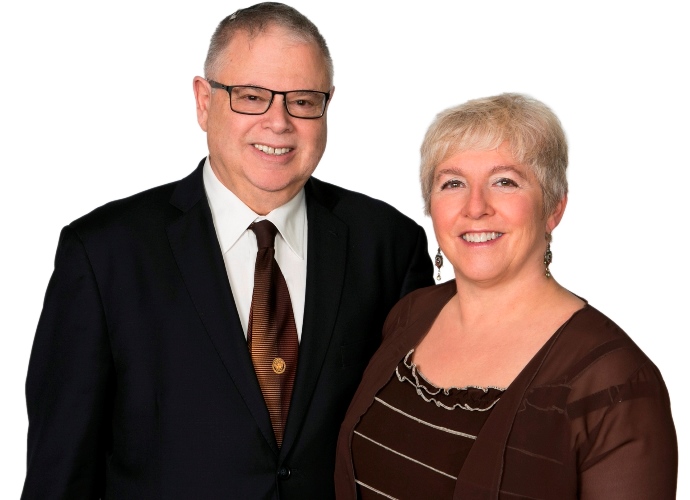 Gord is a humble man and not accustomed to being the center of attention, but he and Darlene are very deserving of being honoured by the shul. Gord has served the Beth Israel as a member of the board executive, as Gabbai, President and now Past-President. In addition to the untold hours and incredible commitment Gord has dedicated to the Beth Israel, he is also on the board of the JNF and is an active member of the Edmonton Chevra Kadisha.

Gordʼs father, Matys (Max), and his uncle Bentzion became members of the Beth Israel in the 1920ʼs, when the shul was referred to as the “Pinsker” shul because of its many members who arrived here as refugees from Pinsk, Poland.

Gordʼs personal involvement with the Beth Israel began with an encounter with Rabbi Postone when he was eight days old and continued with his Bar Mitzvah 13 years later. Although he spent many early years away from the shul, he came back when his mother, Clara zʼl, passed away in 1994. Gord has warm memories of Hy Leibo zʼl, who along with the rabbis at that time, ensured that the Beth Israel always had a minyan and encouraged the “young guys” to learn and to lead the davening.

As a teenager, Gord was involved in Young Judaea and while in university he was active in Hillel. Both organizations offered him the opportunity to meet Jewish teens and young adults from across North America.

Following Gord and Darleneʼs marriage in 1995, the shul became an integral part of their lives. But Darlene’s relationship with the B.I. started long before that. She was raised in Edmonton. Her parents are Lynne (Nathan and Anne Wiseman of Vancouver) and Earl Milner. Her grandparents were Louis and Nassa Milner.

Darlene’s grandfather passed away when she was 3, but her grandmother was a very big part of their lives. Darlene remember Friday night dinners and lighting the Shabbat candles. Her grandmother was a member of both synagogues because she believed in supporting all Jewish institutions, but she was orthodox and kept kosher.

Darlene recalls that as a child she would run around the basement of the old Beth Israel and that the family would go to the shul for the first night community seder. Despite this her parents were unaffiliated, and it wasn’t until many years later that she became a member of the synagogue.

Gord and Darlene discussed, prior to getting married what type of home they should have. “It was important to us to model a traditional Jewish home for our children,” explains Darlene. “To me this meant that we would have a kosher home, ‘do’ Shabbat and I would go to Mikvah. The mikvah at the synagogue is beautiful and helps ensure that this mitzvah is a very spiritual experience. We also joined the Beth Israel as a family unit.”

The Beth Israel Synagogue is truly “the family shul.”  Darlene notes that when she broke her leg, people they didn’t even know sent them family meals.

When Rabbi and Batya Friedman came to Edmonton they became not only spiritual leaders but friends to Gord and Darlene. Rabbi Friedman encouraged Gord to be more involved in davening and governing in the shul.

While their three children were young and attending Talmud Torah, Gord was on the board of the school. As they grew older, Netanya, Carla and Isaac became members of NCSY, which contributed to their love of Judaism and Israel. Gord and Darlene will be eternally grateful to Rabbi and Rabbanit Friedman, and to all the wonderful Beth Israel NCSY youth directors that have served the shul over the years.

Netanya and Carla have both made Aliyah; Netanya is a talented artist and Carla is currently serving in the IDF. Isaac studied in Jerusalem at Yeshivah for the last year and will be bringing the leadership skills he has learned growing up in Edmonton to Toronto as he attends York University.

Outside of Darlene’s synagogue involvement, she works as a respiratory therapist at Stollery Hospital NICU.  She is President of Na’amat Canada Edmonton, a member of the Chevrah Kadisha and an avid cook.

“We are truly blessed and grateful to be members of the Beth Israel Synagogue and the Edmonton community in general,” concludes Darlene.

Stephen Zepp and Karen Leiboviciʼs early childhoods were spent in the Jewish neighbourhoods of Montreal.

Steveʼs father was the Laboker Synagogueʼs Manager. Stephen would accompany his father to Saturday services, lending a hand clearing tables at weddings and bar mitzvahs. As a teen, Steve was an NCSY member, participating in many Jewish events in Montreal. 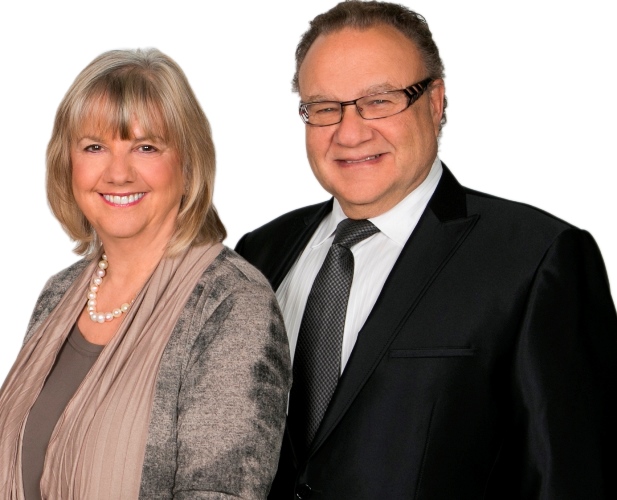 Karen, whose first language was Yiddish, remembers spending time with her father at Fletchers field where many of the new immigrants would gather to discuss life in Montreal.

Both Stephen and Karen are very proud of their Jewish roots. In fact, Karen called upon Rabbi Drelich to place mezuzot on both her Legislature and City Hall offices – a first in Alberta. She was proud to be the first Jewish woman elected to the Alberta legislature and would routinely rise in the Assembly to make note of the upcoming Jewish holidays.

Throughout their careers they have practiced Tikkun Olam. Whether working as a social worker at Allied Jewish Community Services in Montreal or as a Hospital Administrator at the Cross Cancer Hospital, Stephen and Karen have helped communities and individuals, serving municipal, provincial and national causes.

As an MLA and City Councillor, Karen advocated for retention of the Misericordia Hospital, helped the homeless and those in need of affordable housing, and provided for more sustainable funding for municipalities across Canada.

Both Karen and Stephen have always been available to support and assist the Jewish community. Highlights of Karenʼs political career included lighting the Menorah on the Legislative grounds, assisting with the passage of the Holocaust Memorial Day and Remembrance Act, rallying support for Council to provide funding for the Chevra Presently Karen is on the Board of Habitat for Humanities and Events Edmonton, the Board of Governors for Concordia University and the Board of Beit Horim. She is also President of the Alberta Association of Former MLAʼs.

Both Karen and Stephen are recipients of the Queenʼs Diamond Jubilee Medal. Karen is a recipient of the Alberta Centennial Medal and the FCM Roll of Honour.

Karen and Steveʼs tradition of service to the community is being carried on by their son, Adam, who attended Talmud Torah and is on the boards of Jewish Federation and J.C.O.R.E., and is Co-President of the Jewish Hockey League. Adam was also the first Edmontonian to attend Kesher, a program of young professionals who worldwide attend the UIA conference in Israel. This summer he will be a madrich for a Birthright group.

Darlene and Gordon Bushewsky, Karen Leibovici and Stephen Zepp will be honoured at the Beth Israel gala on September 11, 2016.  Join us at Beth Israel, the Family Shul as we pay tribute to their exemplary achievements and ongoing dedication and at the same time celebrate the Synagogue’s milestone 110 th Anniversary.