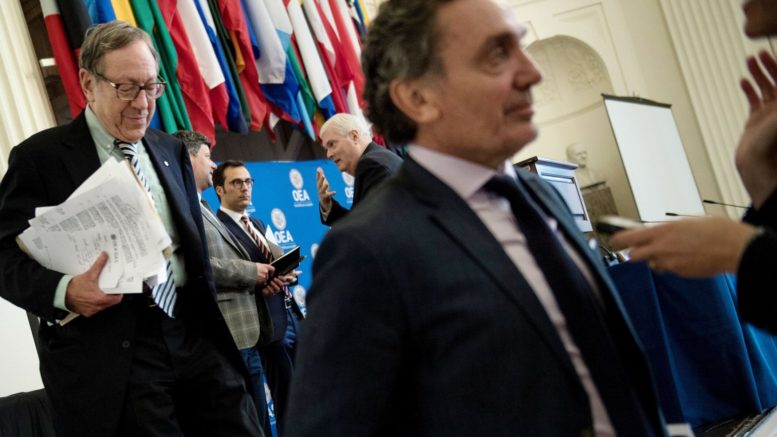 Cotler, a lawyer who belongs to Trudeau’s Liberal Party, has long been a leading figure in human rights advocacy. He has worked for a number of prisoners of conscience including Nelson Mandela, who went on to lead South Africa; Andrei Sakharov, the Soviet dissident leader; Natan Sharansky, the prisoner in a Soviet gulag who went on to become an Israeli Cabinet minister and the chairman of the Jewish Agency for Israel; and Jacobo Timerman, the Jewish author and one-time prisoner of the Argentine junta.

He has also served as a Parliament member for a Montreal district.

“As Canada’s first Special Envoy on Preserving Holocaust Remembrance and Combatting Antisemitism, Irwin Cotler will use his vast knowledge and experience to promote Holocaust education, remembrance, and research as we continue working with partners in Canada and around the world to fight against hate and intolerance,” Trudeau said Wednesday in a statement. “Because antisemitism has no place in Canada – or anywhere else.”

The statement said Cotler would work with government ministers to inform on policy and programming.

The Centre for Israel and Jewish Affairs (CIJA) is applauding the announcement.

“We applaud the appointment of the Honourable Irwin Cotler as Canada’s first Special Envoy for Promoting Holocaust Remembrance and Combating Antisemitism. In this capacity, Mr. Cotler will lead the Canadian delegation to the International Holocaust Remembrance Alliance. Anti-Jewish racism is a cancer, and there is no one more qualified than Mr. Cotler to lead the fight against it on Canada’s behalf on the international stage,” said Jeffrey R. Rosenthal, Co-Chair, CIJA Board of Directors

“Mr. Cotler is a Canadian icon who has been tirelessly advocating for human rights for decades. Canada has demonstrated leadership by creating the position of special envoy, in discussion for months, and we are pleased Mr. Cotler was chosen to fill this important role,” added Joel Reitman, Co-Chair, CIJA Board of Directors.