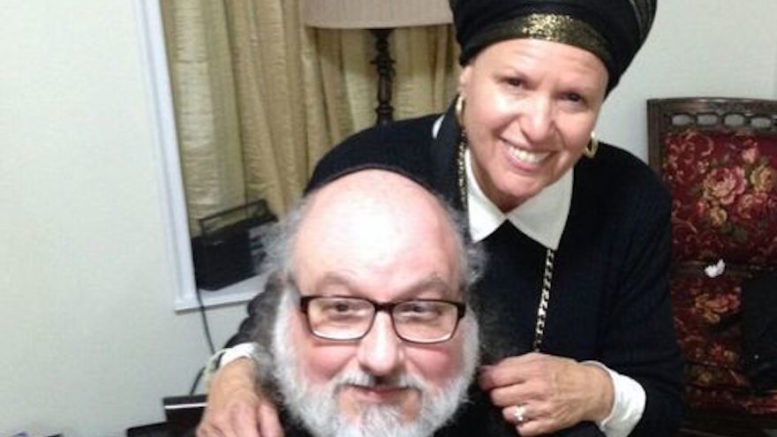 Jonathan and Esther Pollard after his release from prison, Nov. 20, 2015. (Courtesy of Justice for Jonathan Pollard)

WASHINGTON (JTA) — Almost 35 years to the day after his arrest outside the Israeli embassy in Washington D.C., Jonathan Pollard was granted the freedom to do what he wanted that day — travel to Israel.

Pollard’s lawyers announced Friday that the U.S. Parole Commission had lifted remaining restrictions on him, five years after he was paroled from federal prison, and 35 years since his Nov. 21, 1985 arrest. Pollard and his then-wife, Anne, were turned away from the embassy that day as law enforcement closed in on the U.S. Navy civilian analyst who had for several years spied for Israel.

“Mr. Pollard is no longer subject to a curfew, is no longer prohibited from working for a company that does not have U.S. government monitoring software on its computer systems, is no longer required to wear a wrist monitor that tracks his whereabouts, and is free to travel anywhere, including Israel, for temporary or permanent residence, as he wishes,” said the statement from Eliot Lauer and Jacques Semmelman, two prominent lawyers who have for years represented Pollard for free.

“We are grateful and delighted that our client is finally free of any restrictions, and is now a free man in all respects,” the statement said. “We look forward to seeing our client in Israel.”

Pollard had since his conditional release sought assistance from the Israeli government among others, saying the restrictions were keeping him from attending to the needs of his wife, who has cancer.

“Mr. Pollard is happy to finally be able to assist his beloved wife Esther, who is fighting an aggressive form of cancer,” the statement. “Mr. Pollard would like people to know that it was his wife, more than anyone else, who kept him alive during all the years he was in prison.”

Pollard, through the lawyers’ statement, thanked among others Ron Dermer, the Israeli ambassador to Washington, and Israeli Prime Minister Benjamin Netanyahu; his lawyers; Rabbi Pesach Lerner, the leading advocate stateside for his release; and “all people of good will who have kept him in their prayers and hoped for this day.”

Be the first to comment on "Jonathan Pollard is freed of restrictions, may travel to Israel"