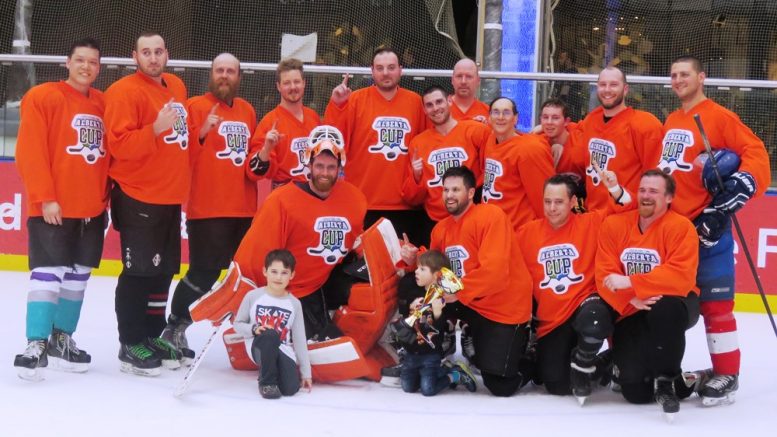 The Calgary Giroux-Salems were the champions of the JNF Alberta Cup that was held in Edmonton just before Pesach. The tournament was a great success in bringing Edmonton and Calgary JNF together for a combined program. 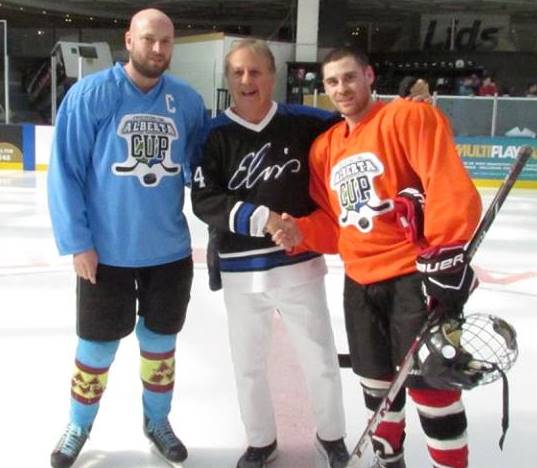 (EJNews) – In March, just before Passover, JNF Edmonton and Calgary welcomed four hockey teams to the Mayfield Toyota Ice Palace at West Edmonton Mall for the first JNF Alberta Cup. The tournament was a great success and an amazing community event bringing together Jewish players and families from all over the province.

After a weekend of fast skating, intense hockey, incredible sportsmanship and a fun family skate, the stage was set for the final. Representing Calgary, captain Will Katz and the Giroux-Salems versus Edmonton’s Fighting Yids, captained by Jared Paull. After the singing of O Canada and Hatikvah by Rabbi Glatt, and the ceremonial puck drop at centre ice by Honorary Tournament Chair Barry Slawsky, play was under way. The two provincial rivals did not disappoint the packed house with exciting play, goals, saves, and everything in between.

After three periods of hard-nosed hockey were in the books, the final buzzer rang, and the Giroux-Salems of Calgary were victorious. After a team photo, and victory laps with the JNF Alberta Cup, Calgary sniper Mikey Finestone was named tournament MVP and awarded the Stevie Schwartzberg Memorial Most Valuable Player Award. 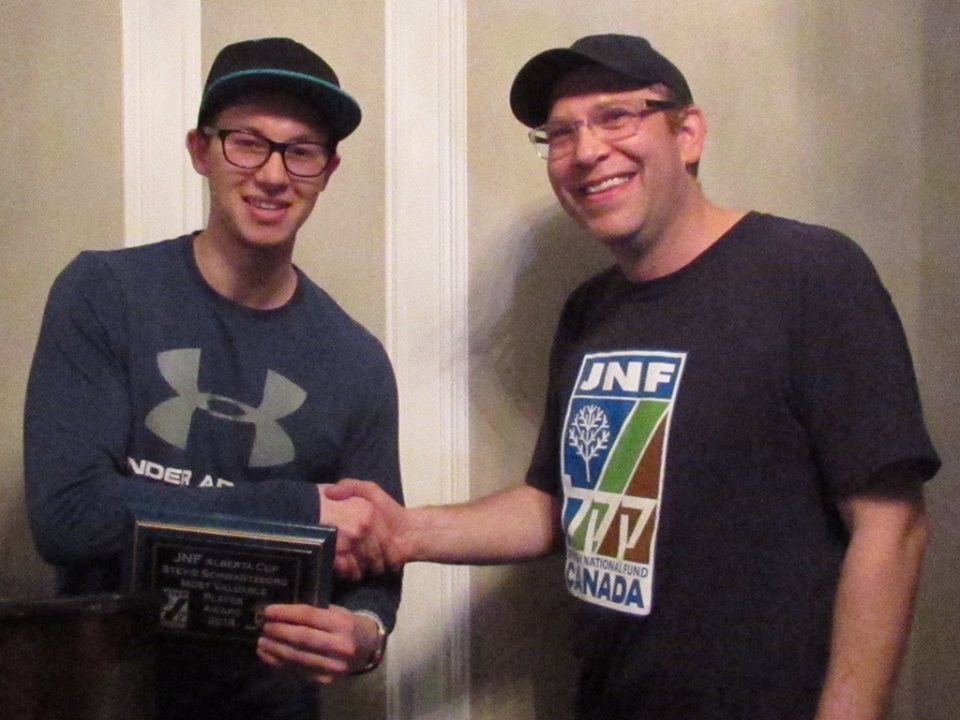 Despite the outcome captain Jared Paull gave the tournament a glowing review. “JNF put on one of the best hockey tournaments I have been a part of. There were many highlights: Meeting other Jewish guys from Calgary, developing closer relationships with friends from Edmonton, hearing Hatikvah on the loud speaker during national anthems before the final game. It was a classy event. West Edmonton Mall was a perfect home for the event, so there wasn’t any reason to go very far from the rink.  The cause that we were raising money for was on display so we could connect with that. There was the usual kvetching at the refs that must be involved with all Jewish sports. It brought me back to the brotherhood feeling of BBYO. I will look back on it fondly as one of the most meaningful Jewish experiences of the year.”

Fighting Yids power forward Leor Benjamin reveled in the experience, “The tournament was truly fun and competitive. We really had four competitive games over a 24-hour period while in support of a great cause.” Proceeds from the tournament went to support the Brothers For Life Medical Project, a program started by and run by injured Israeli Defence Force soldiers helping wounded soldiers reclaim their lives.

The community aspect of the tournament was key as well. Benjamin continued, “It was great to connect with friends and build some friendly rivalries while playing a ton of hockey. The national anthems, especially Hatikvah being sung before the final in front of the whole of West Edmonton Mall was one of the most memorable moments of the weekend.”

The planning committee has already begun plans for a second tournament this coming year, with the hopes of turning this amazing community event into a yearly Alberta Jewish community tradition.

Be the first to comment on "JNF Alberta Cup: A Smash Success"