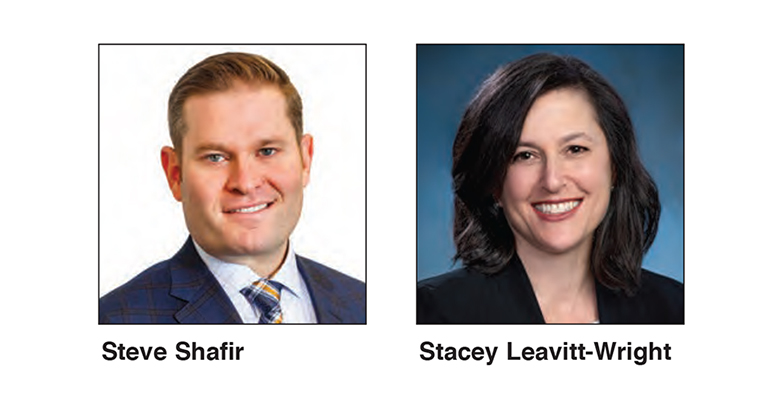 By Steve Shafir and Stacey Leavitt-Wright

(Edmonton) – Passover is upon us, and a swift year has passed since we all had to pivot and switch to seders with extended family and friends over zoom and face time. From a holiday that focuses on freedom, we can find much needed inspiration as we slowly emerge from this pandemic with feelings of liberation with looming vaccinations and anticipated interactions and activities with friends and loved ones. Just like our ancestors coming out of Egypt, we are not sure where we are going and what our new reality will be as a society and as a community. Together, as a community, we can persevere.

We in Canada are blessed to have many freedoms, including the ability to elect our leaders, practice our religion, travel and more. As many of you will recall this was not the case for the Jewry in the Soviet Union. 44 years ago, Natan Sharansky was arrested by the KGB and accused of being a traitor to the communist state and party. The unity of the world-wide movement to free Soviet Jewry was a discussion we had with Natan’s daughter Rachel Sharansky Danziger as part of our Jewish speakers series.

While we were youth in that era, we remember the letter writing campaigns and the bracelets being worn with “dissident” names on them. People now lament that was a unifying time for Jews and wonder what it will take to bring us that sense of unity once more.

It was poignant to listen to Rachel tell us of her parents’ story and explain that although the movement was a time of unity, there was much dissension and disagreement on how to achieve their goals. She informed us of how she has since grappled with the concept of unity and what this means in current times. The ‘aha moment’ came when reflecting on an experience she had as a teen in support of her father seeking, of all things, unity within the Israeli government. As a result of the political discord, Natan Sharansky left the Knesset and pitched a ‘unity tent’ across the street. Rachel joined her father and learned a great deal interacting with the public. She conversed with people who supported her father’s push for unity and heard the venomous shouting from those who opposed him. This clarified for her that one can choose to be a shouter or one can choose to be part of the tent. She quickly learned that Unity is not Uniformity. Unity does not mean we share the same opinion, but that we share the same commitment to a cause.

The tent Rachel spoke of, literally and now metaphorically, is one that we are striving for at the Jewish Federation of Edmonton. We share a commitment to a common cause: We want a healthy and sustainable Jewish Edmonton now and into the future.

The Jewish people have a history filled with tents – from Jacob, to Moshe, to the holiday of Sukkot. It is now time for us at the Jewish Federation of Edmonton, to pitch our tent. Just like family, we intend to listen and to engage in conversation with the entire community. Our philosophy and approach is to share the tent.

The Jewish Federation of Edmonton is embarking on a strategic planning process. We have currently formed a committee and are working with a consultant, former CEO of the Jewish Federations of Canada-United Israel Appeal (JFC-UIA) Linda Kislowicz, to assist us in this endeavour. A combination of data collection methods will include focus groups and a broad community survey. We are seeking input as we determine what our strategic priorities will be as we move forward and consider the needs and priorities of the community as we emerge from the pandemic. We hope that you will join us in the tent and be part of this conversation.

We would like to wish you a Chag Pesach Sameach, that you are able to celebrate Passover in a way that is meaningful to you and your families. Not only will we say “Next Year in Jerusalem,” we might even add “Beyachad,” as together, we can get through this unprecedented time, and hopefully, just hopefully, we will be able to congregate “Beyachad” in the months to come.

Steve Shafir is the President of the Jewish Federation of Edmonton and Stacey Leavitt-Wright is the CEO.

Be the first to comment on "Jewish Federation of Edmonton: Together, as a community, we can persevere"