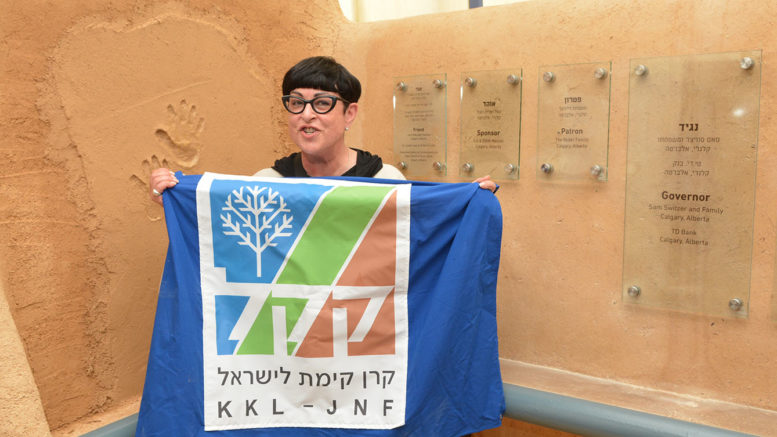 Jerusalem Foundation Canada Board Member Carol Ryder, was a JNF Negev Dinner Honouree, with the Muslala project as the beneficiary. (Photo supplied).

(AJNews) – The power of leadership in philanthropy cannot be overestimated and what was once a field dominated by men deciding how to give, and men managing funds that were given, is now emerging as an empowering area for women’s engagement. Many family foundations and local organizations are now managed by women. More and more women are stepping into leadership roles in philanthropic decision-making for their families and more and more women are taking the professional lead in strategic giving.

The ability to bring about positive change and make a contribution to society is an obvious value for women but today it is clear that women are the leaders in creating partnerships and philanthropic opportunities to impact society and their communities.

There are many women in Alberta making a difference both locally and globally – leaders in philanthropic roles and also in business and community. Carol Ryder, as Board Chair of the Alberta University of the Arts, is able to bring quality arts education to the next generation of artists and professional designers. She also serves on the Executive of the Jerusalem Foundation of Canada and is able to help support arts and culture and a shared society in Jerusalem.

“As women we believe in the ripple effect of philanthropic and community endeavours which empowers us all by leadership and example that many voices and hands can make change and add value for the good of all.”

A great example of this is the Muslala project which was launched in Calgary in 2016.  Carol Ryder and David Lyons led this initiative as part of the JNF Negev Gala with the Calgary Philharmonic Orchestra and the Jerusalem Foundation and many other donors in Calgary joined in this effort. The Muslala Carol and Larry z’l Ryder Terrace was created thanks to the contributions of many people together. And the ripple effect of this effort is still being felt in Calgary and Jerusalem. 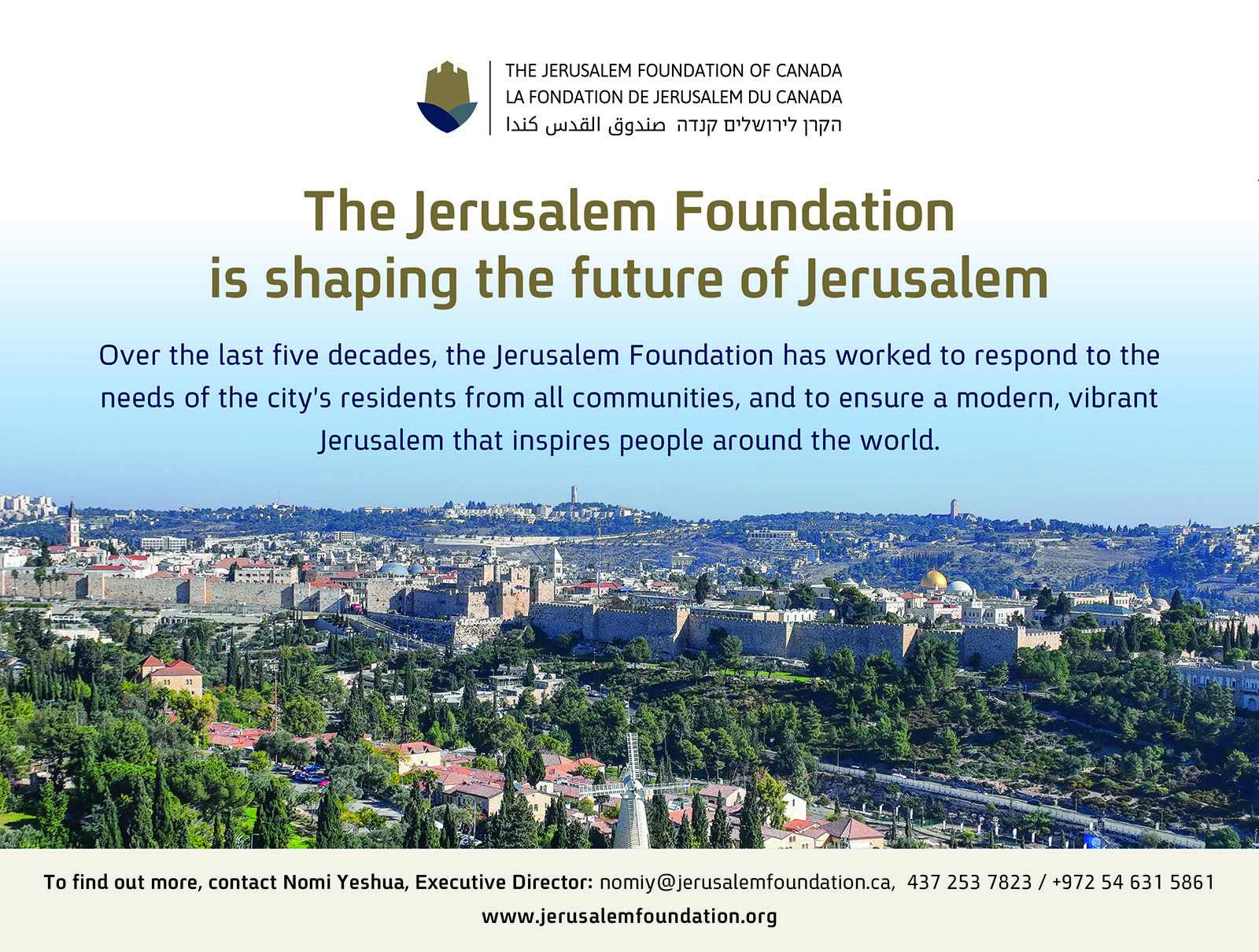 The Muslala project is about creating public art within and between Jerusalem’s many borders. Thanks to the creation of the Terrace and rooftop center in the Clal building in the center of Jerusalem, the Muslala Group has grown and flourished and today they are the initiators and organizers of a Rooftop festival (Gag Eden) that sweeps across the entire city – including roofs in both east and west Jerusalem.

The Muslala Group operates on the premise that the power of art and creativity can alter ways of thinking and the conduct of both society and the individuals that constitute it. Art is the only multi-cultural and international language, and thus must be made accessible; it is a communicative and key tool in establishing effective dialogue between people, groups, communities, and nations. The Muslala Group offers a platform for artists from various fields to work and create in Jerusalem. The emphasis is on the creation of art in the public domain and on maintaining an open dialogue with local communities.

“A critical part of any community is arts and culture. Art can break down barriers and build ties that define a city. Art builds bridges of understanding and allows us to create a world of wonder and possibilities.”

Women’s philanthropy in particular engages with the ripple effect. Women understand that ideally we all want to be part of a multi-generational and cooperative effort to bring about change and the ripple effect is how one donation can lead to many more. It is also about how the launch of one rooftop terrace, led to a movement across Jerusalem.

Nomi Yeshua is Executive Director of The Jerusalem Foundation of Canada.