(Calgary) – When I was a kid, I’d often ask my parents for things—as kids do—and get told no—as parents do. But I’d always ask why. After I understood my parents’ concerns, I’d address them. Eventually, they’d say yes. This was the process: listen, collaborate and compromise. That’s how, over the years, I got a new bike, a Nintendo and a dog! 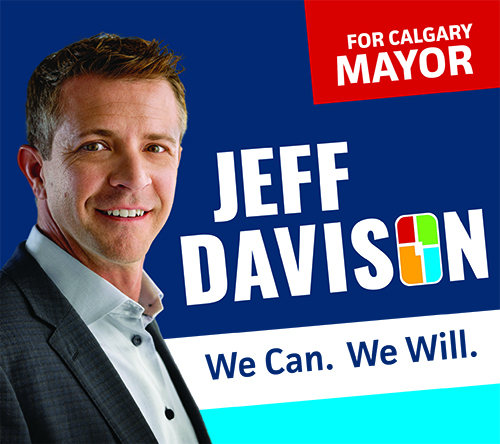 It’s also how, as a City Councillor, I have found solutions to some of Calgary’s biggest challenges over the last four years.

Calgary is heading into its most important election in decades. Everything we have worked for is in jeopardy if we don’t have the right leadership. Do we want a leader who says no to new ideas, new opportunities, and anyone with a different point of view? Or do we want a leader who can understand what’s behind the no, and find a way to get to yes?

If we want to say yes to a robust economy, yes to jobs, yes to new infrastructure, yes to affordability, and yes to a recovery that benefits all Calgarians, we need a leader who can collaborate with Council and the community to get things done. It’s time to stop missing opportunities because we can’t work together.

That’s why I’m running to be Calgary’s next mayor. I have a plan to make yes happen by investing in initiatives that bring a real return, like:

Calgary doesn’t recover unless every Calgarian recovers. It’s time for Calgary to elect a leader who can say yes to new ideas and new opportunities so that five years from now, our city is the thriving, dynamic, and affordable city we all want it to be. If you agree, find out more at jeffdavisonyyc.com and vote for me this October 18.

Be the first to comment on "Jeff Davison Campaign: How do you get to yes ?"