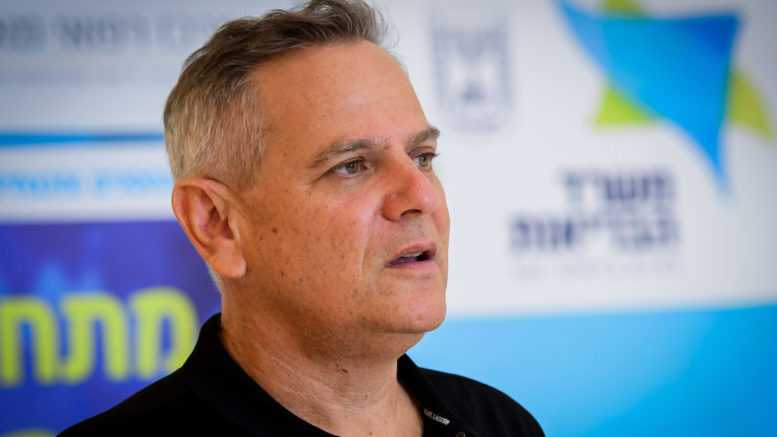 (JTA) — Among the many people condemning a draft Supreme Court opinion that would overturn Roe v. Wade is one who is working to make abortion more accessible for Jews in Israel.

“A woman’s right over her body — hers alone. Including a decision to terminate the pregnancy. If the U.S. Supreme Court takes the leader of the free world back 50 years, it will be a fatal blow to human rights,” Israeli Health Minister Nitzan Horowitz said in a statement posted to Twitter Tuesday.

Horowitz’s statement represented a rare direct interjection into American domestic policy by an Israeli official, but it was also consistent with efforts by the lawmaker, who leads the liberal Meretz party, to change Israeli abortion rules.

Horowitz added, “In the meantime, we are moving forward, correcting in the Ministry of Health the archaic procedures designed to prevent women from choosing, and leaving the decision in their hands.”

Israel legalized abortions in 1977 — four years after the U.S. Supreme Court’s Roe v. Wade enshrined the right to abortion in the United States. Since then, even as religion looms large in Israel, no significant movement to outlaw abortion has taken root there. In 2014, lawmakers signed off on allowing government funds to pay for abortions.

Related: What do Jews say about abortion? A primer as Roe v. Wade faces reversal.

But Horowitz and others say the required process to obtain an abortion infringes on women’s autonomy. That’s because any Israeli woman who wants to terminate a pregnancy must demonstrate to a three-person committee that having the baby will cause her emotional or physical harm, or that the pregnancy is a result of rape or incest.

More than 99% of requests are approved. (Some people who are pregnant reportedly circumvent the policy by pursuing unapproved abortions from willing doctors.) Still, the requirement has long been a target for liberal politicians and advocates who say women should be permitted to make the decision to end a pregnancy without getting anyone’s approval.

“Israel’s policy sends a message to women that while the state will facilitate our abortions in practice, it refuses – in principle — to grant us the freedom to make that decision ourselves,” the journalist Mairav Zonzsein wrote in the New York Times in 2015, after having a committee-approved abortion. “And that is an infringement of our basic rights to bodily integrity and privacy.”

Horowitz called the policy “chauvinistic” shortly after his appointment last year and said he would try to change it.

“It should be a given — the rights to a woman’s body are the woman’s alone,” he said at the time. “Any decision or medical procedure such as the choice of whether to perform an abortion must be in the hands of the woman. We have no moral right to decide for her how to deal with an unwanted pregnancy.”

Be the first to comment on "Israel’s health minister: Overturning Roe v. Wade would be ‘a fatal blow to human rights’"