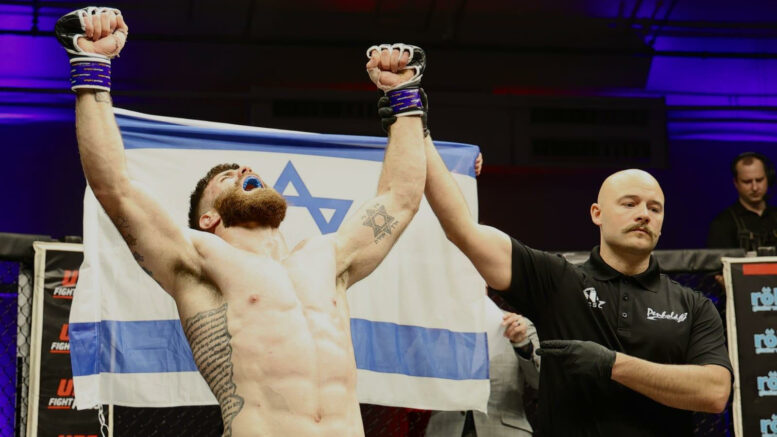 Up and coming mixed martial artist Eli “The Israeli Tank” Aronov stopped in Edmonton on his way to Las Vegas to train for his next fight. (Photo supplied).

(AJNews) – Up and coming mixed martial artist Eli “The Israeli Tank” Aronov stopped in Edmonton on his way to Las Vegas to train for his next fight.

Aronov, who lives in the small desert town of Arad, has yet to lose a fight, racking up a 6-0 record with his first five fights in Israel and his most recent one, through Canadian MMA league Unified, in Edmonton in May.

Last time he was in Edmonton, he befriended MMA enthusiast Felix Mats, who insisted Aronov take the opportunity of being in North America to visit Edmonton for a couple weeks before heading down to Vegas.

While he was in Edmonton, he trained at the Wolfhouse gym in the city’s west end. “The really hard training time starts when I get to Vegas,” Aronov told AJNews. 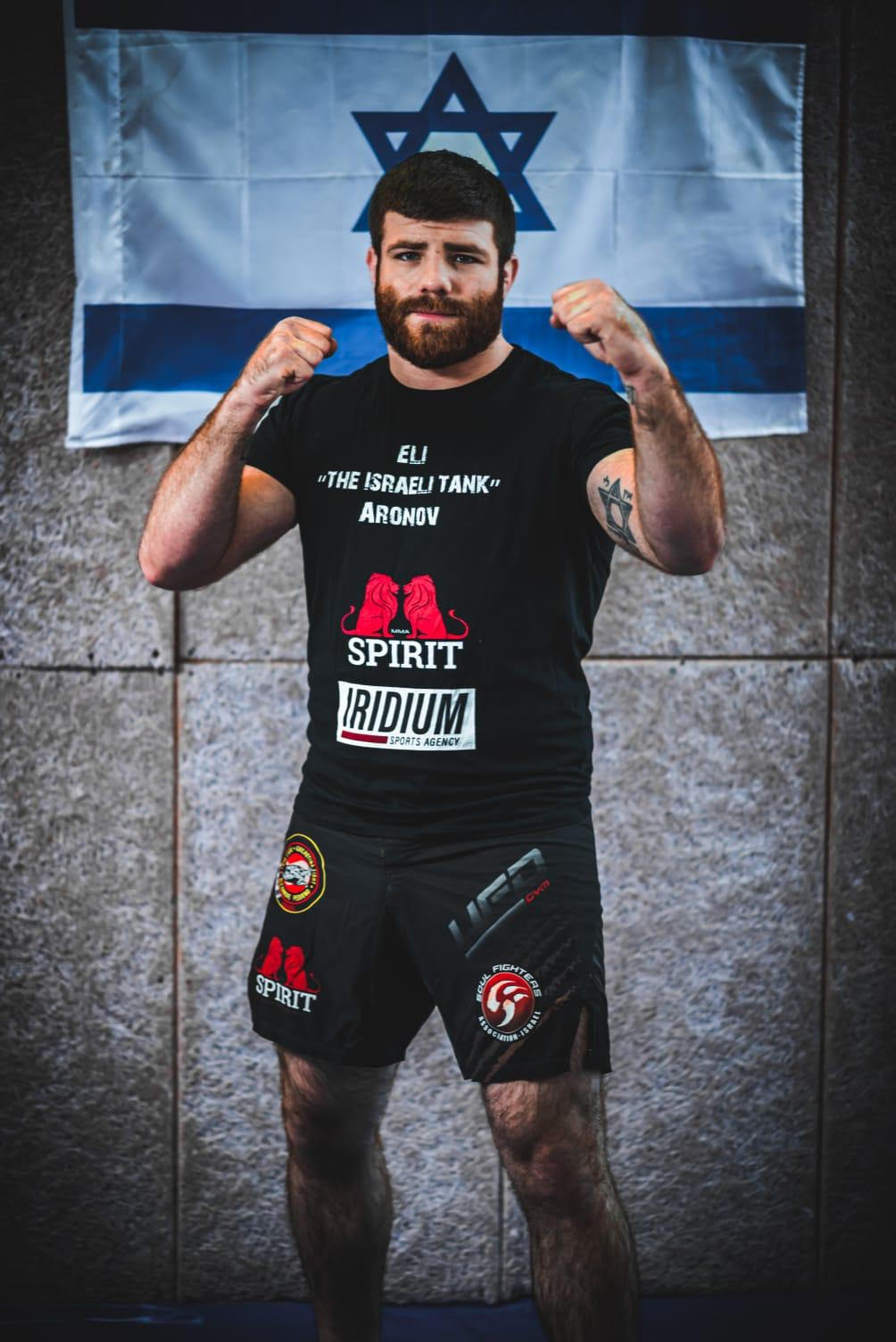 Aronov’s fighting career began at six years old, when he started doing judo. But when he was 12, the one judo club in Arad, which has a population of 27,967, closed down so he started Greco Roman wrestling, which greatly influenced his fighting style.

Beyond wrestling, his training regimen includes Brazilian jiu jitsu, muay thai and kickboxing, as well as basic strength and conditioning.

“I’m also investing a lot of time and effort in my striking, because to get to the top of the UFC [Ultimate Fighting Championship], you have to be a complete fighter. You have to be able to do it all,” Aronov explained.

Aronov had a lot of success as a wrestler before his MMA career began, becoming a six-time Israeli national champ and traveling to Russia, Serbia, Poland and Amsterdam to train.

Like all Israeli Jews, Aronov had to enter compulsory military service when he became 18.

He said his military service, where he rose the ranks of the Golani Brigade to become a commander, provided him with valuable skills to take into the ring, from time management to taking personal responsibility, sticking to a routine, learning “to suffer quietly in pain, and how to face the unknown.”

It was around the time he began his service that Aronov’s brother suggested he get into MMA.

Aronov started training on weekends, showing up at the gym in uniform after getting minimal sleep the night before.

Once he finished his military service, he took the money the government provided him and went to Germany to attend an MMA training camp with his brother.

Three months after his return to Israel, Aronov had his first fight.

Aronov wasn’t supposed to win his first Canadian fight, which was against top Unified middleweight contender Mariusz Ksiazkiewicz of Winnipeg. Even his coach warned him not to take on Ksiazkiewicz.

“I was a big, big underdog,” Aronov recalled. “I won the fight and was pretty dominant.”

Mats counts himself as one of Aronov’s initial doubters.

“A lot of people were surprised to see what we saw. I didn’t have faith in him, but now I know what he’s capable of,” Mats told AJNews. “The guy has a future.”

“I don’t take anything personally,” he said. “I feel sorry for these people. Everyone who hates for no reason, they have problems with themselves, so that’s not my problem.

“Everybody who respects me and respects my people, I respect him back.”