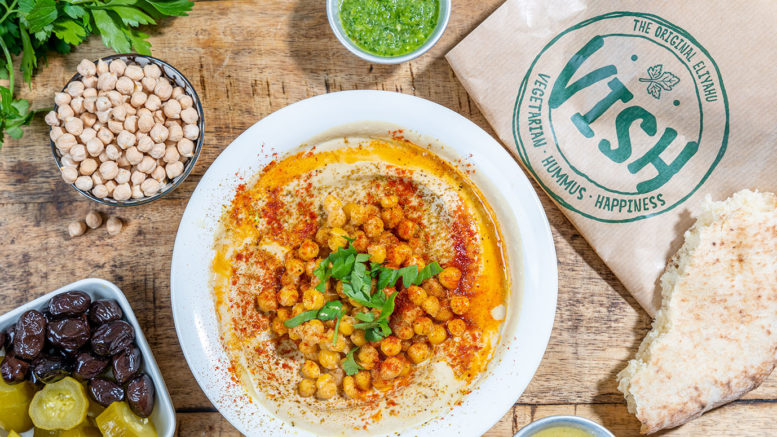 (AJNews) – Israeli vegetarian restaurant chain Vish, which has locations in New Jersey and Florida, has opened its first Canadian location in Edmonton, serving customers an array of dishes centred around hummus.

Zvika Eshet, the restaurant’s general manager, arrived in Edmonton just over a year ago with the goal of establishing a franchise of Israeli hummus.

“Edmonton has a lot of advantages,” Eshet explained, citing low taxes, high quality education and higher incomes, as well as its general atmosphere and mentality. 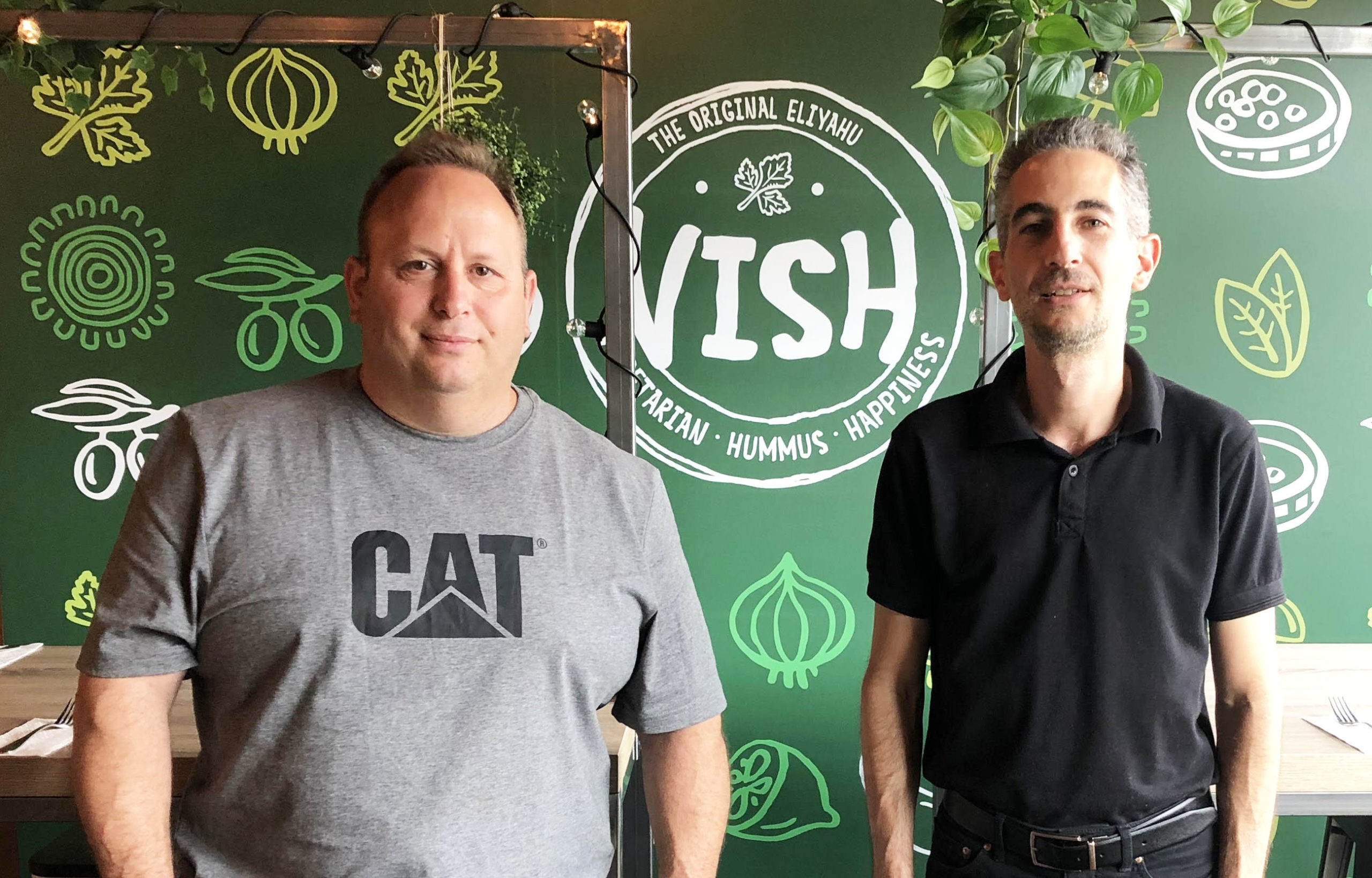 Through his research, he realized that some major Canadian restaurant chains began in Edmonton — Earl’s Kitchen and Bar, Boston Pizza and Booster Juice, to name a few.

Eshet, who is from the small village of Bnei Zion — located between Netanya and Tel Aviv — planned to move to Edmonton a couple years ago, but then the pandemic forced him to take some time to adjust his business plan.

Vish fills a necessary niche, Eshet added. “I realized there was nothing like it in Edmonton,” he said.

The hummus offered at Vish is far from your typical refrigerated store-bought hummus. “We are the only ones serving hummus that is grinded by order and served warm,” he said. “Many people in Israel and other places make fresh hummus everyday, but they keep it in the fridge.”

It’s also not a side dish or dip — it’s your main course at Vish, served with a topping of your choice. “You can also have it as a sandwich in a pita pocket,” Eshet said.

“Everyone in the Edmonton community is talking about VISH,” said Debbie after enjoying lunch at the new Edmonton restaurant. “They are either looking forward to trying it or have already tried it and loved it.”

All of the food was fresh and delicious and the atmosphere was relaxed and comfortable.
“Once we started eating we immediately felt transported – the hummus was delicious. The sweet potato fries were a treat- crispy on the outside and soft on the very inside.”
‘The falafel sandwich was great – with the pita open and stuffed – Israeli style,” she added.

“The falafel too was just the way you’d want it – crispy on the outside and soft on the inside. It was super fresh – bright green on the inside – seasoned to perfection. Our waiter was affable and asked us if we wanted coffee or dessert after the meal and we said no, planning to head back to work. Then we caught sight of the coffee – it was turkish coffee and the dessert was chocolate halva. Of course we stayed and wow – we melted into our chairs and relaxed for a schmooze – what a great way to end a perfect lunch.”

The real star of the meal was the hummus, she added.
“The hummus was warm and creamy and melt in your mouth tasty,” noted Debbie. “It was seasoned to perfection. We are used to seeing hummus as a side dish here in Edmonton so it was interesting to see it on the menu as the main course.”

Eshet took this approach from Vish’s mother company Hummus Eliyahu, which has about 70 locations across Israel. Outside Israel, the company operates under the Vish brand, with locations in Hollywood, Florida, Tenafly, New Jersey, and now Edmonton.

“There’s more in the pipeline,” Eshet said. “There were actually two ready to go in Kiev just before the war started, so the locations are just standing ready to open.”

Prior to his move across the globe, Eshet owned a nightclub for 20 years, through which he opened a beach bar, which had more of a cafe or restaurant feel. One of his business partners in this venture was the CEO of Hummus Eliyahu, who offered him the opportunity to help expand his hummus empire.

Alon Shochat, the restaurant’s manager, moved to Edmonton six years ago from Jerusalem when he got the opportunity to work at a vegetarian restaurant. He had a vegan and vegetarian catering business back in Israel, so this experience made working at Vish an ideal opportunity for Shochat.

“When I heard about Zvika’s project I was very thrilled for the opportunity to bring something to Edmonton and to Canada that is from our homeland,” he said.

Schochat said it’s tough to name his favourite dish. “I can eat hummus everyday, I can’t get tired of it,” he said. But if he had to choose one, it would be the mushroom-topped hummus.

He’s also a big fan of the chopped salad, which is made with cucumbers, tomatoes, red onions, various nuts, freshly-squeezed lemon, olive oil and parsley. “When I was growing up, we would make this type of salad at home and it’s something you don’t really see here,” Shochat said.

Vish imports its main ingredients from Israel, which are all kosher, but the Edmonton Jewish community isn’t large enough to justify their food being officially kashrut-certified, Eshet said.

“But we will be happy to serve everyone,” he said.