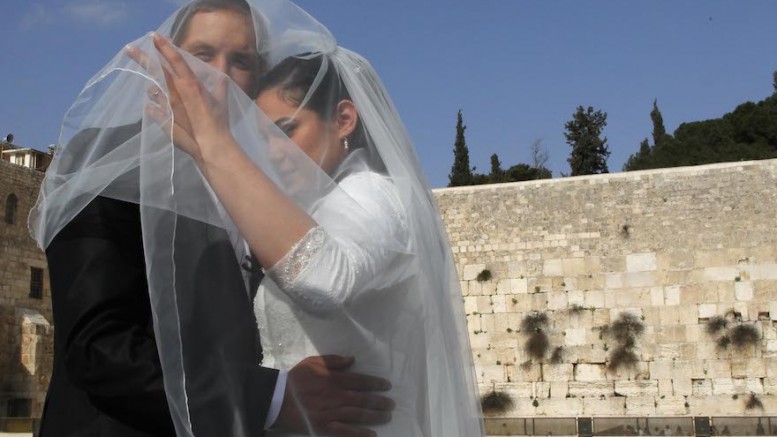 TEL AVIV (JTA) — The Israeli Supreme Court decision on Jewish conversion changes almost nothing. But down the line, it could change a lot.

Under the March 31 ruling, the state of Israel must recognize Jewish conversions performed in private Orthodox conversion courts not run by its Chief Rabbinate. A network of such courts, called Giyur Kahalacha, or “conversion by Jewish law,” began operating last year.

Now, according to the ruling, those who convert in any Orthodox court in Israel may gain citizenship.

“The Jewish nation is indeed one nation, but it is spread out across the world, and is composed of communities, layers and sub-layers,” the court’s decision read. “Oversight of legitimate conversions is not limited to the one and only possibility” of the Rabbinate’s courts.

The decision affects only a handful of people, and affords them no additional rights or privileges. It does not force the Chief Rabbinate to recognize the private conversions, nor does it require the Rabbinate to allow the converts to marry in Israel.

But advocates for religious reform say the ruling, in conferring legitimacy on private conversion, delivers yet another blow to the Rabbinate’s monopoly on Jewish rites in Israel.

Rabbi Shlomo Riskin, a judge on Giyur Kahalacha courts, plans to conduct weddings for his converts. A subsequent Supreme Court case, he said, could force the Rabbinate to recognize those marriages, using Thursday’s ruling as proof of the conversions’ legitimacy.

“From my point of view, I have every right to marry” those who convert under his supervision, said Riskin, rabbi of the West Bank settlement of Efrat. “I’m an Orthodox rabbi, and I was told by this ruling that this conversion is a valid conversion.”

A future court case, some speculate, might pave the way for more substantial change.

“This says we recognize you as part of the Jewish collective,” said Rabbi Seth Farber, a founder of Giyur Kahalacha. “That has symbolic meaning. Until now, [the Rabbinate] said we can’t marry someone who the state doesn’t recognize as Jewish.”

The decision’s immediate impact is small. Israel already recognizes Orthodox conversions performed outside its borders, and Giyur Kahalacha courts have converted only about 150 people.

Those converts will still not be able to marry or divorce in Israel because those rituals are run by the Chief Rabbinate, which has vowed not to recognize the private conversions. In a statement Thursday, Chief Rabbi Yitzchak Yosef called the court ruling a “scandal.”

“It is inconceivable that the private conversion industry, which is unsupervised by any government body, would be recognized as official,” Yosef’s statement read. “This recognition, in practice, will bring the destruction of the state’s government conversion system.”

This is the second time in two years that Israeli conversion policy has been subject to change. A 2014 government decision allowed any of the 30-some city rabbis in Israel to convert people — expanding authority for conversion beyond the Rabbinate’s four courts.

That decision would have made conversion more flexible for approximately 400,000 Israelis — mostly Russian-speaking immigrants — with no official religion. But the decision was repealedwhen haredi Orthodox parties reentered the coalition last year.

If Riskin is right, and Thursday’s ruling ends up allowing non-Rabbinate converts to marry, it will essentially restore the 2014 reform. For now, Israel’s haredi Orthodox establishment is holding its ground. Haredi politicians have vowed to pass legislation overriding the ruling.

Israel’s haredi establishment already was on the defensive before the ruling. The governmentvoted in January to expand a non-Orthodox prayer space at the Western Wall. In February, a Supreme Court decision required state mikvahs to allow non-Orthodox conversions.

But haredi lawmakers have persuaded Prime Minister Benjamin Netanyahu to reopen the Western Wall plan for debate. And last month, a bill overriding the mikvah ruling passed an initial vote.

No matter what happens, the Chief Rabbinate still won’t accept non-Orthodox converts. Nor will Israel recognize non-Orthodox Jewish weddings, which a large majority of Israeli Jews supports. So while some activists hope the ruling will create a domino effect in Israel’s religious establishment, others say the only answer is wholesale reform of government policy.

“The pressure needs to be on extending recognition that will allow civil marriage in Israel,” said Uri Regev, founder of Hiddush, a religious pluralism advocacy organization. “There is no chance to get the Rabbinate to recognize these conversions.”