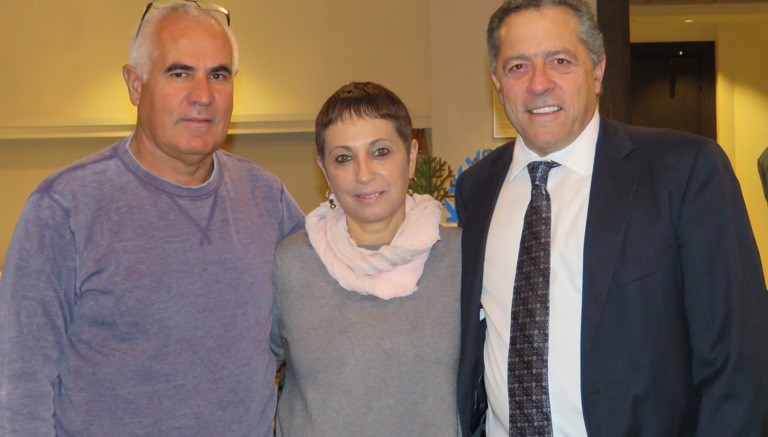 Hanni Arnon, Director of AICAT (centre) with husband agronomist Moti Arnon were in Edmonton on January 31 as part of a cross Canada JNF tour. They are pictured above with Jeff Rubin, President of JNF Edmonton Board of Directors.

(EJNews) – Ben Gurion said that in order to be a realist you have to believe in miracles. That is true for the story of Israel and it is particularly true for the story of the Arava, explained Hanni Arnon, Director of the Arava International Centre for Agricultural Training (AICAT) situated in the southern part of Israel. Arnon and her agronomist husband Moti were guests at a JNF (Jewish National Fund) sponsored event in Edmonton on January 31 as part of a cross Canada tour.

The reality and the miracle of the Arava is that through hard work, innovation and the pioneer spirit, AICAT has made the desert a viable centre of agriculture.  Thirty years ago, the mission of the Arava was to make the desert bloom. Today, thanks to a JNF partnership with Arava and the government of Israel, the region provides 60 percent of the country’s exportable produce – including peppers, eggplants, melons, dates, flowers and grapes. 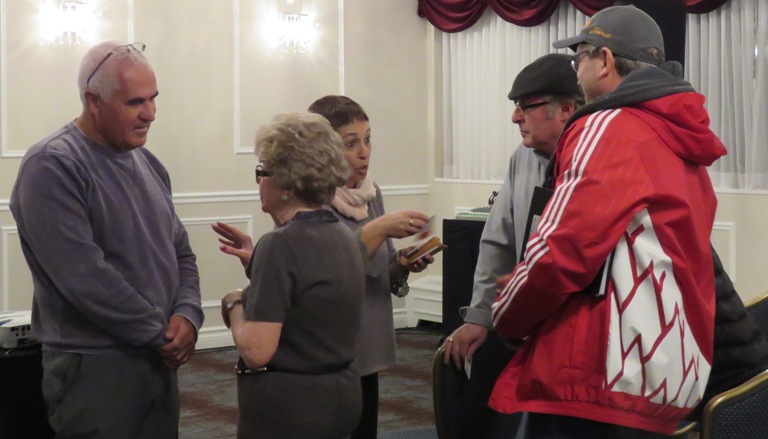 The Arava is located 80 miles from Eilat right in the heart of the desert. It became the centre of Israel’s drip irrigation innovation that was the foundation of the agricultural phenomenon. “We saw a difficulty in our location,” emphasized Arnon, “and we thought of it as a challenge and turned it into an opportunity and a solution.”

“We then decided that sharing our knowledge would be of utmost importance,” continued Arnon. “Nearly 1/2 of the world’s population – some 3 billion people – live in poverty and we have the knowhow to help.  In 1994 we decided to open a school and AICAT was established with a mission of bringing in students from underdeveloped regions.”

Today the program has flourished and more than 14000 students have graduated – from countries that include Thailand, Miramar, India, Nepal, Tibet and Vietnam.  Each year, under a single roof, with a multitude of cultures and shared human attributes, students receive professional agricultural training and live a unique experience that enables them to discover their capabilities and the means for fulfilling their potential.

Each student is assigned to a farmer from the area and the farmers become more than bosses – they are teachers, mentors and new family members.

“Students arrive in Israel from all over the world and the farmers become their mentors, their inspiration, their family away from home,” noted Arnon. “As the plants grow and develop, so do the students.”

Part of their journey is to work with the farmers and they are paid for their work. They also learn how to think outside the box and how to apply the information they are learning to their home communities. The experience is transformational, said Arnon. “They arrive as students but they go back as entrepreneurs.” 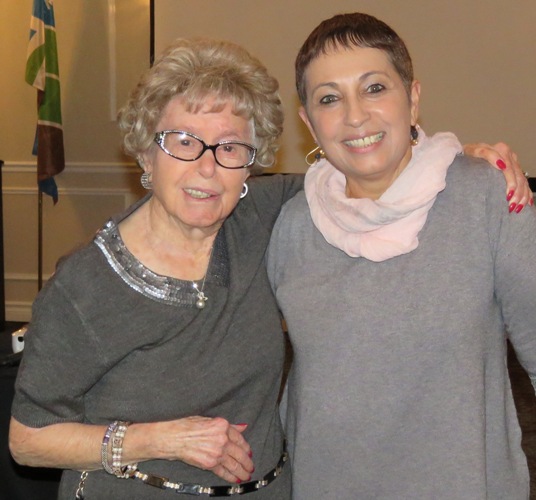 Community member 96 year old Hannah Pollock was most interested in the exceptional work being done in the Arava and at the AICAT. She is pictured above with AICAT Director Hanni Arnon.

The students are taught to think critically, not just to accept the way things have always been done but to look with fresh eyes using modern technology, as to how things could be better.

Each student returns to his or her home community with $2000 US and a business plan they can implement at home.

This sharing of knowledge, inspiration and innovation is Tikkun Olam, said Arnon, which translates to healing the world. “We are inspiring our students to make a difference in their own communities and our results have been overwhelmingly positive.”

The AICAT program has expanded to include research and development into Bio-Bee technology and pharmacology research with regard to plants that grow in the desert. They are also currently expanding to include a Masters Degree program in Plant Sciences at Tel Aviv University specializing in Food Safety and Food Security. This program will play an important role in ensuring the safety and security of world food production.

During the Q and A following Arnon’s presentation, a member of the audience voiced his opinion that it was sad that AICAT was passing on so much knowledge and innovation to people who were not Jewish, not Israeli and even with some countries who do not have diplomatic ties to Israel.

Arnon however, strongly disagreed with the remark. She said, “No I don’t find it sad at all! We graduate 1200 students from around the world each year and they have become wonderful ambassadors for Israel and in some cases have even prompted the establishment of diplomatic ties.

“Through our work and our school we are helping many people and many countries and also helping to improve the world’s opinion of Israel. More and more people are learning about all the good work that is being done in Israel – and Arava and JNF are an important part of it.”

Be the first to comment on "Israel: Feeding the world through JNF and AICAT"