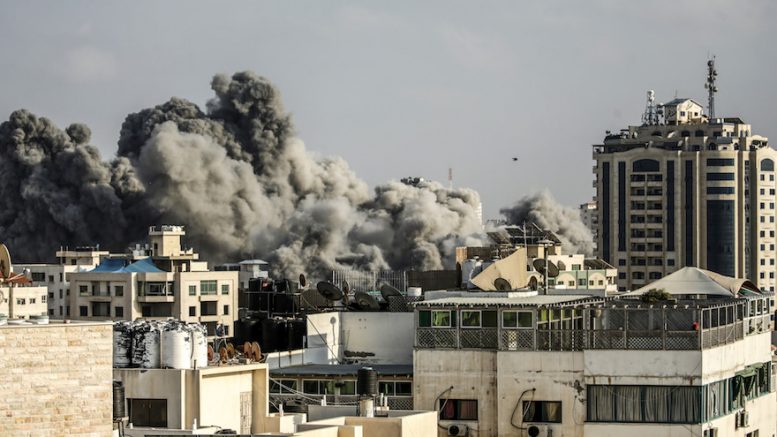 JERUSALEM (JTA) — Israel has committed to the reconstruction of Gaza and discussing the possibility of airports and seaports in the Hamas-controlled coastal territory.

Details have begun to emerge regarding these and other terms of the Egyptian-brokered cease-fire deal between Israel and Hamas, Haaretz reported  August 16, 2018. Its implementation began on August 15 following months of escalating tensions between the two sides.

According to senior Israeli officials who spoke to Haaretz, the deal includes six main clauses, including “a comprehensive cease-fire; the reopening of Gaza’s border crossings and expansion of the permitted fishing zone; medical and humanitarian assistance; a resolution to the issue of captive soldiers, missing civilians and prisoners; a broad reconstruction of Gaza’s infrastructure, with foreign funding; and discussions about sea and air ports in Gaza.”

The Israeli Cabinet approved the deal, with only Ayelet Shaked and Naftali Bennett of the hardline Jewish Home party the only ministers dissenting publicly.

Israel reopened the Kerem Shalom border crossing on Wednesday August 15. According to Israel’s Coordinator of Government Activities in the Territories, 17,854 tons of goods in 637 trucks have since entered the strip.

An Israeli source who spoke with Haaretz said “there will be no real arrangement with Hamas without the return of our sons and civilians and the promise of prolonged calm.” Hamas is holding two Israelis and the bodies of two soldiers who were killed in 2014.

“The current calm is the result of tough IDF operations, which will continue as needed,” the source said. “The calm was achieved following the understandings promoted by Egypt and the U.N. In light of this, operation of the Kerem Shalom crossing was restarted and the fishing zone was expanded. As long as this commitment is maintained, humanitarian issues, including the return of our sons and civilians, can be addressed.”

Citing Lebanese television, The Times of Israel reported that Israel will maintain security control over cargo traffic between Gaza and Cyprus and that Qatar will begin paying for Gaza’s electricity. The Qataris, in conjunction with Egypt, will also begin to provide funding for the salaries of Gazan civil servants.

Recent weeks have seen Hamas fire hundreds of rockets into Israeli territory and the Israelis carry out numerous retaliatory strikes against the terror group’s outposts and fighters.