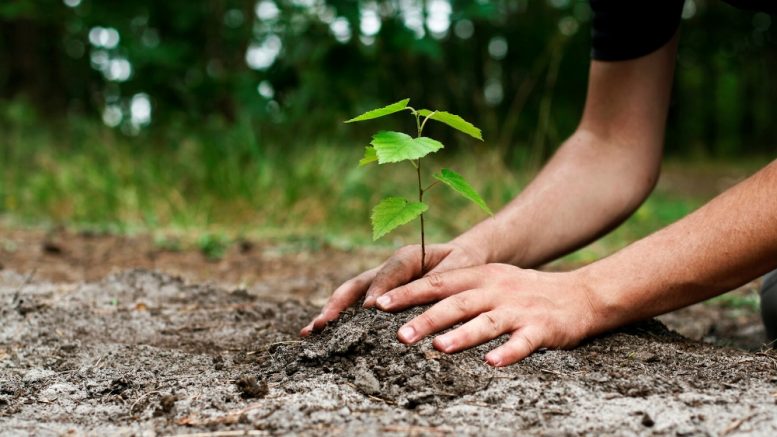 Celebrate Tu' Bshevat on Sunday February 9 which coincides with the installation of Rabbi Binyomin Halpern at the Carriage House in Calgary.

Though these may be helpful techniques for starting your car in last week’s weather, they are also descriptions of a person of initiative. In the job market, the value of this trait is well known and we all know from our own experiences how much of a difference such a person can make.

Here is a recent illustration, that has brought it home for me.

On January 11, at the ‘Battle of Alberta’ between the Flames and the Oilers, a fight broke out between two of the players. While fighting in the NHL is not unheard of, this time the story did not end there.

A Flames fan with some ‘initiative, ’started a campaign to raise $2,500 to put Matthew Tkachuk’s face on billboards in Edmonton. This goal was quickly achieved, at which point a local radio station decided to promote the idea, and have the proceeds instead go towards funding for ALS. Then, an Oilers fan started a competing campaign in honour of her team, with the proceeds going towards a Calgary school lunch charity program. In all, over $43,000 was raised from the saga.

What struck me the most about this story is that all of this came from one person. One person who got up and did something that was in his own words “a silly thing,” but resulted in so much.

In the Torah, Miriam the sister of Moshe (Moses) stands out as such an individual. Time after time, Miriam demonstrates her willingness to stand up to authority and try to change things for the better.

One of Paroh’s wicked schemes was to get the Jewish midwives, Shifra and Puah to kill the newborn baby boys.

However, Shifra and Puah (also known as Yocheved, and her daughter Miriam), refused to obey as the pasuk (verse) testifies:

“The midwives feared Hashem and they did not do as the king of Egypt spoke to them, and they caused the boys to live”

Every word in the Torah is there for a reason. Why then the extra phrase “and they caused the boys to live?” Isn’t that self-evident from the first part of the pasuk which says that they didn’t listen to Pharaoh?

Explains the Midrash[1], “caused them to live” means that not only did Yocheved and Miriam refuse to kill the babies, they refused to budge one inch from helping them to the fullest extent, ferrying food and drink from the wealthier homes to supply the needs of poor women and babies.

Soon after, Paroh decreed that all the baby boys be thrown into the Nile river.

Miriam’s father, Amram, who was the leader of the Jewish people, separated from his wife Yocheved, reasoning that having more children at this point would be futile[2]. The entire nation followed his lead and separated from their wives as well.

There was one person though who disagreed with him, 6 year-old Miriam.

“Abba!” argued Miriam, “your decree is worse that Paroh’s! His was only against the boys, while yours will eliminate both genders!”

That my friends, is initiative. Initiative that was successful in bringing back the families of the Jewish nation together, as Amram to his credit, conceded to his daughter’s point.

Moshe is born.  When Yocheved can no longer hide him, she famously places him in a basket which she sets upon the Nile, and then returns home.

But there was one person who didn’t return home. One person who stubbornly refused to relinquish her last possible connection with her younger brother, which ultimately allowed Miriam the opportunity to reunite Moshe and Yocheved as the pesukim (verses) describe.

However, like any character trait, initiative can sometimes be taken too far.  It is not enough to be sincere in our stand, we must make that our judgement is in fact correct. In Miriam’s case, this occurs in Sefer Bamidbar (Numbers) when Miriam spoke up against Moshe, whom we know she loved and cared for dearly. Here, she was critical of Moshe separating from his wife (sound familiar?) Tziporah.  This time however, Moshe was correct (having done so because of his elevated state of prophecy) and G-d Almighty criticizes and punishes Miriam for not being more intimidated, לדבר בעבדי במשה[3] ,  “to speak against My servant Moshe.”

Practically, this is all very nice for the ‘go-getter,’ and person who is already proactive. But what about for the rest of us? There are many causes, institutions, and people we would all love to help and promote.  But if we are people that naturally prefer to avoid being on the vanguard, what can we do to help ourselves become initiators?

I believe Miriam herself can offer us two suggestions.

What was it exactly that compelled Miriam to be the only one to stay by the river?

Before Moshe was born, Miriam prophesized that her mother would give birth to a son that would redeem the Jewish people.[4]

With Moshe’s birth, the family realized immediately that he was a special child. In fact, the Midrash says that the house filled with a special light, and it seemed clear that her prophesy was coming true. But then came Paroh’s evil decree and Yocheved was forced to bend down over the river to say goodbye to her son and the brighter future than they had hoped he would bring. As she stood, she turned to Miriam in pain and frustration and challenged her “My daughter! Where is your prophesy now!” With that Yocheved, inconsolably, walked away.

But Miriam could not.

“And his sister stood at a distance to know what would be done lo, to him.”

It seems that notwithstanding her love and concern for her brother, the thing that forced Miriam stick around was because she was invested. It was her prophecy that had given hope to her family and nation and she just had to know what would be the end of the tale she had spun.

There are many ways to become invested. But it all comes down to one thing. Giving of ourselves. It might be our time, our money, or even putting our word (or prophesy!) behind something or someone. Once we put ourselves into it, we join the team, become fans, and are willing to donate tens of thousands of dollars to put our team on the billboard.

Let us take a closer look at the decision of Yocheved and Miriam to disobey Paroh’s order.  The decree was appalling and there is no question that the midwives would want to have nothing to do with it.  But frankly, how were they able to muster that incredible courage to ignore a direct command from the dictator of Egypt, knowing full well that he would be furious if they didn’t comply?

Rabbi Levi ben Gershom (14th Century French Torah Sage), points out that the Torah itself tells us the secret to their moral strength.

And the midwives feared Hashem…”

Shifra and Puah were not afraid of being on Paroh’s bad side, because they were more interested in being on Hashem’s good side.  Knowing that Hashem was more powerful than Paroh, allowed them to make the decision that they knew was morally correct[6].

This is a valuable key for us as well. It is easy enough to know theoretically that Hashem runs the world. The trick though is to know that Hashem runs the world more than Paroh. The more we realize and appreciate that in each situation Hashem is in charge more than the other players and factors, the more confident we can feel that we will not lose out when we embark upon our own initiatives, Leshaim Shamayim, for the sake of Heaven.

Hashem gives us all opportunities. Sometimes the opportunity is to join in and be part of something, and sometimes we get even bigger opportunities to get something off the ground. When we feel that we are truly invested, and that Hashem is behind our endeavors, it is all that much easier to strike that first match, with the confidence that the flames will bring light, to Calgary and Edmonton, and beyond.

Rabbi Binyomin Halpern is the Rabbi of the Congregation House of Jacob-Mikveh Israel in Calgary Alberta.

1 Comment on "Initiative in the Torah, Alberta and Beyond"