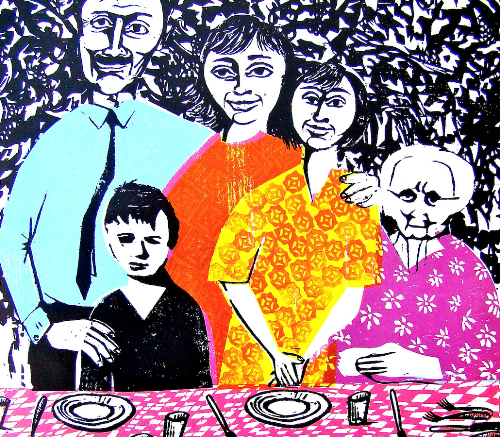 (Kveller via JTA) — In the crazy way that Facebook can bring people together, I along with 50,000 other followers watched a family fight for the life of their precious 2-year-old, Logan. I didn’t know the family personally, but Logan’s story popped into my newsfeed. I was following his family’s anguish, hoping and praying for a miracle for this beautiful little boy, but tragically he succumbed.

As a mom with a young son around the same age — a towhead like Logan — I couldn’t look away, even though the stories and photos were painful to see. A family’s worst nightmare was on full display. Logan’s community page is full of Christian psalms and prayers, and beautiful comments intended to lift up the family in its darkest hour and beyond. I couldn’t help but be touched by the outpouring.

In a freak accident, Logan’s head apparently got caught in a car window and he essentially suffocated, going without oxygen for more than 40 minutes. He was brain dead for several days and, after what I imagine were many unimaginable conversations, his parents decided to take the steps to donate his organs so their son’s legacy could live on.

But when Logan’s parents took him off the ventilators, the little boy began breathing on his own and his family was given the blessing of extra time with him. Logan died the next morning in his mother’s arms. Though he missed the window for his kidneys to be donated, he was able to donate his heart valves.

Even as I type those words, I cry. No parent should bury a child, yet my own aunt buried two children (at age 1 and 31). No parent should have to make the decision about organ donation, yet Logan’s parents just did. Terrible things happen to good people, with no rhyme or reason.

And like most parents, I have deep fears about losing my own children: to cancer or another illness, or to a freak accident. Our children are our hearts beating outside our bodies, and though we cannot protect them from everything, we wish to God we could. It’s painful to think about, but looking the other way and pretending these things don’t happen doesn’t mean they won’t.

While Judaism is widely supportive of organ donations from a live donor to another live donor (a kidney transplant, for example), and in favor of post-mortem donation, there are disagreements over how different rabbis define death. Some say it’s when the brain ceases to function, while others say it’s when the heart stops.

It’s a crucial distinction, since many organs are best harvested while the heart is still beating. (My Jewish Learning has a whole primer on the topic of Judaism and organ donation.)

Regardless on where you stand, there can be no doubt that organ donation saves lives. My uncle Howie was born with juvenile diabetes, and though he died from complications at the tender age of 34, his life was surely extended by receiving a kidney transplant in his 20s.

Logan’s story made me realize that if anything were to happen, God forbid, I’d want our kids to be organ donors, too. Because in an unimaginably tragic situation, the ability to give life to someone else is a blessing.

(Melissa Henriquez, a manager at a global marketing agency, blogs at Let There Be Light. Her writing has been featured on Babble.com and The Huffington Post. She and her husband live in Michigan with their two children.)