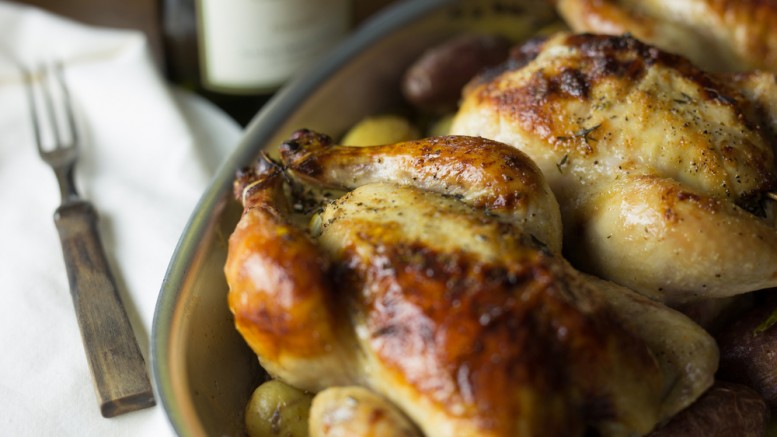 (Kveller via JTA) — I started keeping kosher before I became Jewish. Buying kosher meat was one of my first forays into Jewish communal life, and I would often feel like I was about to be called out in the middle of the butcher’s — “Wait, you’re not Jewish, you can’t shop here!”

After I converted, for many years I was that odd creature — a liberal Jew who keeps kosher — often the only woman wearing pants in the kosher section of the grocery store.

When we moved away from the big city, center of all Jewish life in Canada, we continued keeping kosher. We ordered meat and had it shipped to us in a refrigerator truck. We persuaded friends and family to shop for us when they went to the city. Most often, my husband (bless him) would make the four-hour drive into the city, load up three coolers with meat, pack them with ice, part with $600, and then drive home. We made crazy side trips to grocery stores a part of our family and business travel plans, sometimes fighting through terrible traffic just for the privilege of a package of chicken thighs. We bought a really big freezer and planned meals around what meat we had available.

And then we hit a wall. I had a business trip planned early this summer and had to choose between two travel options.

Option 1: Drive to the city, fighting through cottage country traffic that would turn a four-hour drive into a seven-hour drive. Fight to park downtown, buy meat, and then fight my way back through the same traffic jam as people returned to their summer properties at the end of the week.

So we stopped. Just like that. We still have two sets of everything and we don’t eat pork, but the meat we cook with isn’t hecshered anymore. Sometimes it’s meat from our local farmers and sometimes, frankly, it’s what’s on sale at the grocery store.

The first time I lifted a forkful of non-kosher meat to my mouth, I felt like a failed Jew. Until that point, so much of my identity as a Jew had been tied into keeping kosher. It had provided me with the spiritual discipline I needed in my early days of building a Jewish life. I knew I was “doing Jewish” when I kept kosher. Would I be Jewish enough without it?

But the first time I bought a couple of pre-cooked deli chickens for Shabbat dinner and was able to prepare a quick meal without stressing about defrosting meat, I had a more meaningful, more peaceful Shabbat than I’d had in a long time. Ironically, I think that, so far, not keeping kosher is making me a better Jew; it’s certainly making me a more relaxed and happy one.

Emily Caruso Parnell lives in Northern Ontario, Canada, where she is a full-time arts educator, a part-time ballet teacher and a volunteer synagogue president. She also writes about early learning and the place of the arts in education for BAMRadioNetwork and on her personal blog, teachingontheverge.com. Emily and her husband have two small children and a very energetic dog named Matzah.