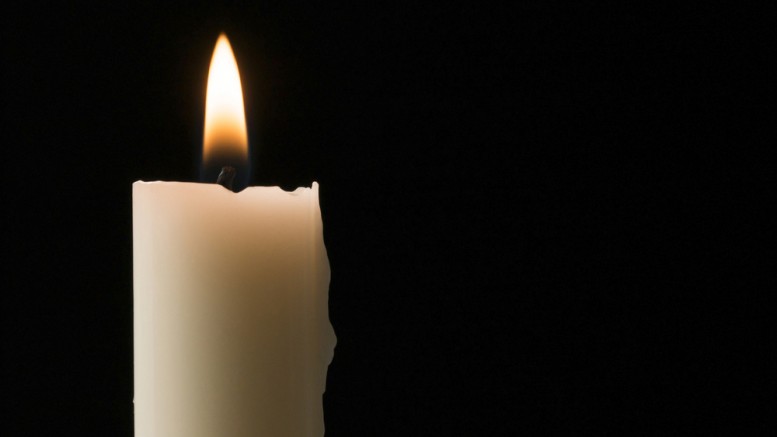 (Kveller via JTA) — Every shiva is hard, but some are harder than others.

Recently I went to the latter: a shiva for our friend who was tragically killed in a cycling accident at the age of 36. He was healthy and happy; he had a wife whom he adored and four small children whom he loved. He was an excellent specialist pediatric ophthalmologist who helped children on a daily basis. He had a long, productive, joyous life ahead of him. Except he didn’t.

It was hard to believe that he was gone. Hard to believe that life could be ended so suddenly and so finally. Harder, far harder to attend his funeral, to pay a shiva visit to his widowed wife, his fatherless children, his siblings, his parents left broken with the loss of their beloved firstborn.

Because sometimes, people really do say things that make it worse. I have sat silently fuming at a shiva where a woman walked in, interrupted the mourners who were in a fine flow of reminiscence about their mother, and sat down to tell them all about the holiday from which she had just returned.

I didn’t want to think of anyone making it worse for our friend’s family. I didn’t want anyone to choose not to visit them during the shiva, either, because he deserved to be mourned en masse. So here is my list of points for How to behave at a shiva:

It is the halachah (Jewish law) that when you pay a shiva visit, you may not open the conversation. The mourner has to talk to you first.

Allow the mourners to cry; allow them to be sad; allow them to mourn. Don’t try to distract them from their grief or cheer them up out of their pain. If you really feel the need to do something, you can silently hand them the tissues while patting their shoulder, or nod sympathetically and murmur how special so-and-so was. But don’t try to cheer them up.

However, if it is physically impossible for you to visit the shiva house in person, it can sometimes be appropriate to call. In that case, keep the call short, and do bear in mind time zone differences and visiting hours. Try to call during the quieter times of day.

Do not stay past the visiting times; you will be delaying the mourners from eating their meal, or preventing them from snatching five minutes with their children before they go to bed, or just intruding on time that they desperately need to recoup their energy after an exhausting few hours. My friend told me about a relative of his who was sitting shiva. Visitors came and stayed so long that her mother went upstairs, changed into her nightgown and dressing gown, and came back down again to tell them that they had to leave as it was time for her to go to bed.

If you want to have a longer chat, try to time your visits for quieter times. Davening (praying) times are always busy, and carry on being so for a good hour afterward, but late morning and mid-afternoon are usually quieter times when the mourners might be alone for long stretches of time.

And especially if you know that it is a busy shiva, do not turn up 10 minutes before the end of the visiting time. The mourner might be finally getting to the end of a long line of people who were there for ages waiting to talk with them, or they might be longing to have a cup of tea in peace. Or they might really want to talk to you, but will be just too tired by then.

You can say, “I’m sorry that I never got to know your mother/father/brother/sister. Could you tell me a bit about them?” Or, “Your mother/father/sibling sounds like a very special person. Tell me, what is your favorite memory?” If there are photos of the deceased, then point to one and ask when it was taken. It gives the mourner an opportunity to talk about their loved one.

And try to introduce yourself to the other mourners before you leave. Look for an opportunity to say your name and how you knew the deceased. It is comforting to hear from someone who knew the deceased in a different context and had a different relationship with him/her.

When you leave, repeat this phrase to the mourners. It might feel weird to you, but ritual is comforting to those in mourning:

Or the Sephardi alternative, which I’ve only just learned:

Min hashamayim tenuchamu — May you be comforted from heaven.

If this article helps anyone to pay a painful shiva visit and comfort the mourners, may that be for the merit of Henri Sueke z”l, Moshe ben Yaakov, who died far too young and whose shiva is far too painful. May we all be comforted for this loss and spared any future pain.

Amanda Bradley is a mother of three who writes about motherhood and Judaism for Kveller and about aging, changing relationships and successful retirement at Staje.org. Kveller is a thriving community of women and parents who convene online to share, celebrate and commiserate their experiences of raising kids through a Jewish lens. Visit Kveller.com.