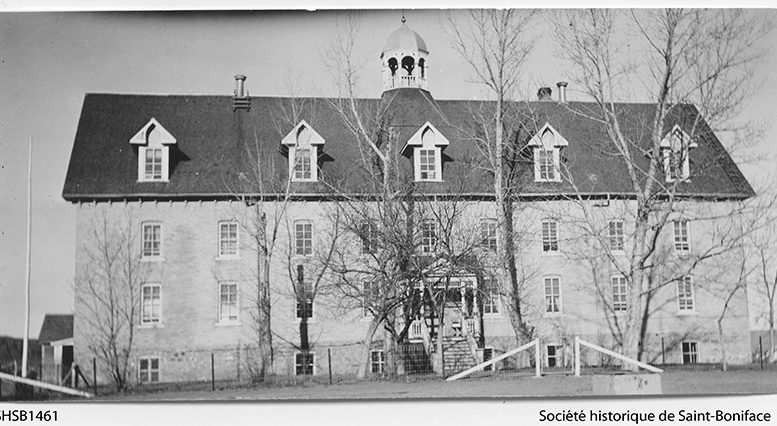 (AJNews) – Just weeks after the horrifying revelation that the remains of 215 children were found in an unmarked grave at an Indian Residential School in BC, the Cowessess First Nation has announced a preliminary finding of 751 unmarked graves at a cemetery in Saskatchewan.

The cemetery is located at the former Marieval Indian Residential School which operated from 1899 to 1997 in the area where Cowessess is now located, about 140 kilometres east of Regina. Children from First Nations in southeast Saskatchewan and southwestern Manitoba were sent to the school.

In early June, Cowessess First Nation utilized ground-penetrating radar to locate the unmarked graves. In a virtual news conference on June 24, Cowessess Chief Cadmus Delorme clarified that “this is not a mass grave site. These are unmarked graves.”

According to the Chief, the Catholic Church may have removed the headstones in the 1960’s – which would have been a crime. The First Nation is treating the cemetery site as a crime scene, said Chief Delorme.

He said that the community will work toward putting names to the people in the graves  and that he would like to see a monument built at the site to honour the people who were buried there.

Federation of Sovereign Indigenous Nations (FSIN) Chief Bobby Cameron said that what happened in Indian Residential Schools was a “crime against humanity.”

“There will be hundreds more unmarked graves and burial sites located across our First Nations land at the sites of former Indian Residential Schools,” Cameron stated.

“There are thousands of families across our Treaty territories that have been waiting for their children to come home. Saskatchewan had the highest number of residential schools and highest number of survivors.”

Assembly of First Nations Chief Perry Bellegarde stated, “First Nations are greatly pained by this latest finding of unmarked graves on the site of an Indian Residential School.  We grieve over the many children who never made it home after their forcible removal from their families and people.

“We must never forget our children were targeted and placed in a racist system purposely designed to stamp out every aspect of who we are – our languages, our cultures, our teachings. I support Chief Delorme in his call for healing and for an apology from His Holiness, Pope Francis.

“The Assembly of First Nations supports all First Nations seeking the truth and the full implementation of all the Calls to Action of the Truth and Reconciliation Commission.

“The families and the nations of all the children who never came home have the right to truth – and to know who lies in these unmarked graves and what happened to them.

“I pray for healing for all of those impacted by the loss and the discovery of our precious children.

“The Assembly of First Nations stands with all who are suffering at this time.”

Prime Minister Justin Trudeau responded to the announcement stating, “I am terribly saddened to learn that the remains of children had been found in unmarked graves near the former Marieval (Cowessess) Residential School in Saskatchewan.

“My heart breaks for the Cowessess First Nation, and for all Indigenous communities across Canada.

“I recognize these findings only deepen the pain that families, survivors, and all Indigenous peoples and communities are already feeling, and that they reaffirm a truth that they have long known. The hurt and the trauma that you feel is Canada’s responsibility to bear, and the government will continue to provide Indigenous communities across the country with the funding and resources they need to bring these terrible wrongs to light. While we cannot bring back those who were lost, we can – and we will – tell the truth of these injustices, and we will forever honour their memory.

“The findings in Marieval and Kamloops are part of a larger tragedy. They are a shameful reminder of the systemic racism, discrimination, and injustice that Indigenous peoples have faced – and continue to face – in this country. And together, we must acknowledge this truth, learn from our past, and walk the shared path of reconciliation, so we can build a better future.”

Alberta Minister of Indigenous Relations Rick Wilson stated, “I am heartbroken to hear of the discovery of the 751 unmarked graves in Saskatchewan. While this is not unexpected, it is still shocking to hear the numbers representing the resting places of so many who never made it home from the Marieval Indian Residential School.

“Our thoughts and prayers go out to all the families and loved ones impacted by this discovery. We stand with Cowessess First Nation, and we must all come together and find ways to grieve and educate ourselves for future generations.

“Yesterday I was pleased to announce an $8 million dollar grant program to help identifying any unmarked burial sites in Alberta and properly commemorating sites at residential schools where there may be undiscovered remains.

“Now is the time to support each other so we can collectively heal and continue to work towards reconciliation.”