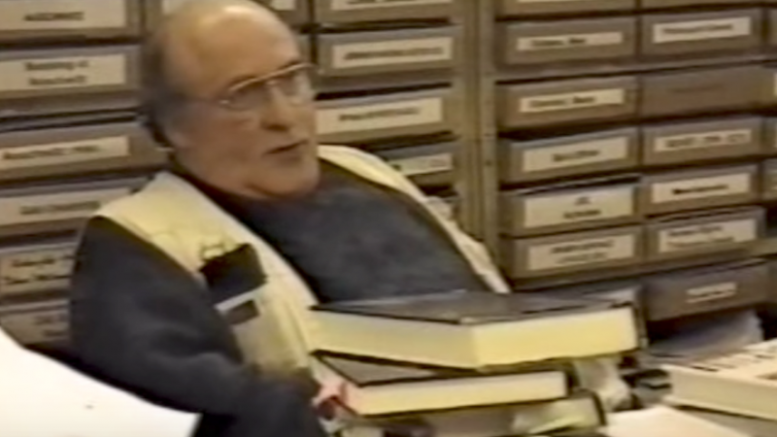 (JTA) — Ernst Zundel, a Holocaust denier who was jailed for inciting hatred against Jews, has died in Germany.

Zundel died Sunday August 6, 2017 at his home in Baden-Wuerttemberg, reportedly of a heart attack. He was 78.

He served a five-year prison sentence in Mannheim, Germany, after being found guilty in 2007 of inciting hatred against Jews and systematically denying the Nazi genocide against the Jews — in 14 specific instances — on his website and in a newsletter. His five-year sentence included two years in jail following his deportation from Canada in 2005. He left prison in 2010.

A native of Germany, Zundel left the country in 1958 allegedly to avoid military service. He was considered among the most active Holocaust deniers in the world and was arrested in Canada in February 2003.

Zundel was among the first right-wing extremists to use the internet to spread hate material. Canada expelled him after courts there found his website to be unconstitutional. He was one of several Holocaust deniers deported to Germany at about that time.

He co-wrote the book “The Hitler We Loved and Why” under the pseudonym Christof Friedrich.

“Zundel caused much angst in Canada for decades. He used this country as a platform to spread Nazi propaganda and racial hatred, which would have been illegal in Germany – his birthplace,” said Avi Benlolo, President and CEO of Friends of Simon Wiesenthal Center. In 2005 a Federal Court ruled he was a national security threat, which led to his extradition to Germany.  He was convicted there in 2007 on 14 counts of racial hatred and received a five-year sentence.

Zundel sent shockwaves across the nation in the early 1980s after he published a brochure called “Did Six Million Really Die?” leading to his conviction which was later overturned. Even today, a website shamelessly operated under his name states that it “challenges the traditional version of the Holocaust.”

Ottawa human rights lawyer, Richard Warman stated: “I think it bears noting that it was Holocaust-survivor Sabina Citron’s three-paragraph complaint under s. 13 of the Canadian Human Rights Act that eventually caused Zundel to flee to the US, lose any claim to permanent residency in Canada, and ultimately be punted back to Germany.  Sabina Citron deserves high praise for showing persistent courage in challenging Zundel’s hate mongering and ridding Canada of our most notorious Holocaust denier whom a German judge subsequently described as a moral arsonist.”

“There continues to be no greater mission than countering Holocaust deniers through education and social advocacy.  In the past year, FSWC has noted a marked growth in white supremacism and neo-Nazis in Canada.  The organization will continue exposing them through its vast network, while inoculating against hate through programs like the Tour for Humanity, Tolerance Training Workshops, Compassion to Action missions and Holocaust Certification programs,” said Benlolo.