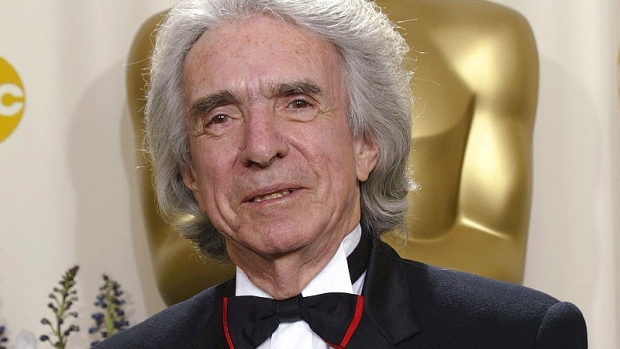 Edmonton native Arthur Hiller passed away this month at 92. Throughout his life he maintained ties with family and friends in Edmonton.

(EJNews) – Arthur Hiller, the Canadian-born Jewish director most famous for the hit movie “Love Story,” has died.
Hiller, had been in failing health for some time, died on August 17. He was 92.

“We are deeply saddened by the passing of our beloved friend Arthur Hiller,” the president of the Academy of Motion Picture Arts and Sciences said in a statement. Hiller had served as the academy’s president from 1993 to 1997 and of the Directors Guild of America from 1989 to 1993.

The Directors Guild in a statement called Hiller “a tireless crusader in the fight for creative rights and a passionate film preservation advocate.”

The academy presented him with the Jean Hersholt Humanitarian Award at the Academy Awards ceremony in 2002.

A native of Edmonton, Hiller was the son of Jewish immigrants from Poland. As a child, he recalled in the book “Matzo Balls for Breakfast and Other Stories of Growing Up Jewish,” that he helped out building sets and acting “with the long beard and the payes” at a Yiddish theater run by his parents.

They were not, he wrote, “professionals in theater, they wanted to do a play once or twice a year for the community of 450 to keep in touch with their heritage.”

Hiller attended Victoria School of the Arts in Edmonton and was classmates with actor Leslie Neilson. He left the University of Alberta to join the Royal Canadian Air Force during the Second World War then studied psychology at the University of Toronto and law at the University of British Columbia. He eventually decided to go into communications applied for a job at the CBC in Toronto.

Throughout his life, Hiller maintained his ties with family and friends in Edmonton. Reel Mensch president Jared Paull’s Bubbie Florence Soifer (nee Weinlos) was cousins with Hiller and they had a special relationship. 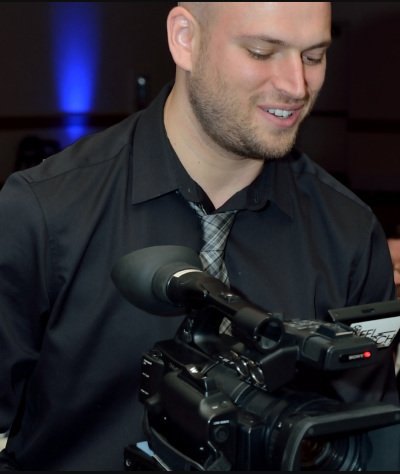 “The average Edmontonian may not know who Arthur Hiller is,” said Jared. “My friends certainly do because I constantly bragged about my famous cousin who made it big in Hollywood. I always wondered why he wasn’t more celebrated. His career was exceptionally successful, especially for a small fish from Edmonton who made it big in the huge pond of Hollywood. It seemed to me that his work was always understated. It never insisted upon its own style.

“I think the mark of a great director is that he brings out the best in all of the people around him. Amazingly, he directed 5 different actors in Oscar-nominated performances. This to me was his greatest claim to fame. Something in the way he was brought out the best in others.”

“Arthur is a major hero of mine,” explained Jared, “not just because of his success in the same industry that I’ve always wanted to work in, but because of how he lived his life. He was married to the same woman for almost 70 years. He stayed very close with his family throughout his life. He always made time for those he cared about.”

The first time Jared met the famous director was when he flew to Edmonton from Hollywood to attend his Bar Mitzvah.

“He hadn’t been home in a while, but he also knew how special it would be for me if he came,” noted Jared. “I was so nervous to meet him, and I expected him to have this aura of importance surrounding him. This was not the case.

“He blended right into the crowd of Bubbies and Zaidas, and most people had no idea that in their company was President of the Academy of Motion Picture Arts and Sciences.”

In subsequent years, when Hiller visited Edmonton, he always made sure to spend some time with Jared.

“Each time he came to visit we would meet up, and when I went to California, he made sure to hang out with me and give me a tour of his office. There was a definite sweetness and approachability about him. His success in film-making is a small fraction of why I look up to him. More important to me was his modesty and kind nature.”

During a career that spanned more than half a century, Arthur Hiller directed numerous television episodes and more than 30 feature films.

“Love Story,” released in 1970 and based on an Erich Segal novel about a doomed romance, was his biggest hit. He was nominated for an Academy Award as best director and won a Golden Globe.

Other films included “Silver Streak,” “The Americanization of Emily,” “Tobruk” and “The Hospital.”

Hiller tried to volunteer to fight for Israel after the outbreak of the 1948 War of Independence but was rejected because he had recently married his childhood sweetheart, Gwen Pechet. Their marriage lasted 68 years, until his wife died in June.

JTA files contributed to this article.

Be the first to comment on "Hollywood Director, Edmonton Native Arthur Hiller dies at 92"