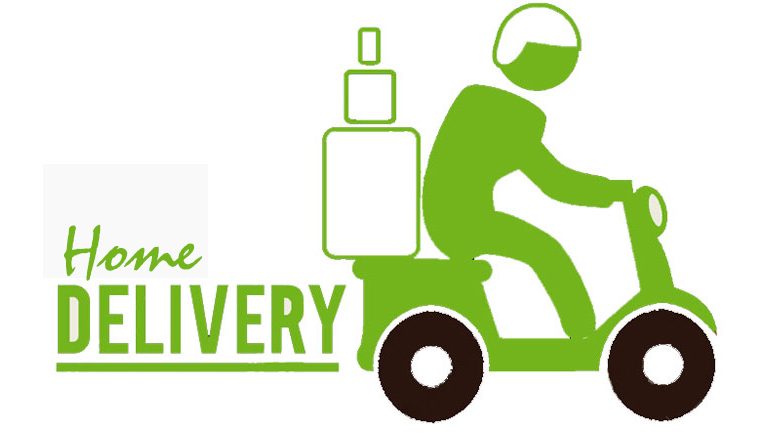 (AJNews) – If you are one of those folks who was once resistant to online shopping, and preferred brick-and-mortar shops staffed by flesh-and-blood salespersons (eager to offer extended warranties and loyalty cards), it is more than likely that your attitudes were significantly impacted by the advent of social distancing, when visits to the mall became hazardous ventures.

Human societies have long offered some measure of choice between visiting a shop to buy merchandise or having a seller ring your doorbell. Biblical Hebrew had a special root to denote traveling salesmen: RKhL – a word that is most frequently employed in its secondary metaphoric sense of tale-bearer or gossip. Rashi noted how a gossip, like a peddler, makes the rounds from house to house, digging up dirt to relay eagerly to the neighbours.

Rabbinic tradition related that at the outset of the Second Commonwealth era, Ezra the Scribe enacted a decree that allowed peddlers to circulate in towns and villages. The Talmud understood that their primary wares consisted of cosmetics and beauty aids for the benefit of the ladies who enjoyed few opportunities to do their shopping outside their houses. Such lightweight products or samples could be conveniently carried from door to door by the Avon men of yore.

The ancient peddler had an unsavoury reputation reminiscent of the traveling salesmen of more recent humour. Thus, as an example of behaviour pointing to marital infidelity, the Talmud mentions a case where a woman is observed adjusting her apron as a peddler sneaks out the back door. Rav Joseph quoted approvingly an admonition from the apocryphal book of Ben Sira: “Many were the wounds of the spice-peddler which led him on to lewdness.” Rashi understood that Ben Sira was warning the peddler against being seduced by a desperate housewife, lest he be assaulted by her enraged husband. Other interpreters regarded it as advice to the husband to deny entry to the potential home-wrecker.

The Talmud tells of some prominent rabbinic scholars who earned their livings from door-to-door sales, likely out of economic necessity. Though it was generally understood that Ezra’s decree was only designed to protect peddlers from having their existing franchises closed down, Torah scholars were granted the exceptional privilege of establishing new sales territories lest anxiety about their livelihoods distract them from their learning.

For the most part, it was the nature or the scale of the merchandise that determined whether customers would prefer to make their purchases in a shop, in the street, or from a door-to-door salesman. The diverse options were able to coexist if conditions were appropriate.

However, as in our own days, situations arose when established shopkeepers felt threatened by the initiatives taken by enterprising sellers who were bypassing the shops in order to bring their products directly into the purchasers’ houses.

Such a case was dealt with by Rabbi Elijah Mizraḥi of Constantinople, a foremost halakhic authority of the Ottoman empire in the early sixteenth century. An inquiry was directed to him by Rabbi Abraham Solomon Treves regarding Jews in “the holy congregation of Jerusalem” who were covertly peddling merchandise, including stolen goods, in violation of government orders. (It is possible that “Jerusalem” was being used, as was customary in the literature of the time, as a generic name for an unidentified locality.) Those black marketers did not operate out of physical premises, but rather would circulate through the streets of the city from house to house. Soon the established sellers of clothing and pepper (these were among the main commodities traded in that locality) convened an assembly at which they protested before the communal authorities that too many consumers were availing themselves of the peddlers’ goods, thereby encroaching seriously on the profits of the shopkeepers.

The community’s elders realized that perpetuating an illicit retail channel was not only causing economic harm to the veteran Jewish merchants, but was also likely to bring the community into disfavour with the Ottoman government. Therefore, they were persuaded to issue an ordinance that prohibited commercial activity on the streets or in customers’ houses. Deliveries could be made to private residences only if they were explicitly requested at the time of the purchase. Similar regulations were said to have been adopted in Hebron and perhaps Salonika.

The Jerusalem agreement was to be automatically renewed every year unless explicitly discontinued. It was not long before a representative of the street vendors was challenging the authority, the legality and the fairness of the shopkeepers’ pact. In support of his position he cited the heart-rending precedent of a certain new arrival to the community who had been forced out of his original peddling job and drifted to a criminal gang, which caused considerable harm to the community. The protesters argued that if the community was really concerned about avoiding frictions with the government, then it could restrict the scope of its prohibition to stolen goods and to commodities that were subject to official controls.

At this point the local squabble had to be turned over to world-renowned rabbis to unravel the conflicting arguments.

In more recent times peddling became a stereotypical occupation for unskilled Jews. Many of the newcomers who arrived from central Europe in the immigration wave of the mid-nineteenth century (or their children) began roaming rural America as lowly peddlers; and some of these – like Isidor and Nathan Strauss, Adam Gimbel, Andrew Saks, Carrie and Al Neiman and Herbert Marcus – rose from rags to riches to become the founders of eminent department store empires.

In traditional societies there was not much doubt that it was far more dignified for sellers to work from their own shops, which the shoppers must patronize to make their purchases, than to prowl the streets hunting for customers. Social distancing, online catalogues and drone deliveries are radically changing the rules of the game in ways that are not yet clear.

Now if you’ll excuse me, I think a package was just dropped onto my doorstep…

Be the first to comment on "From the Sources: Home Delivery"