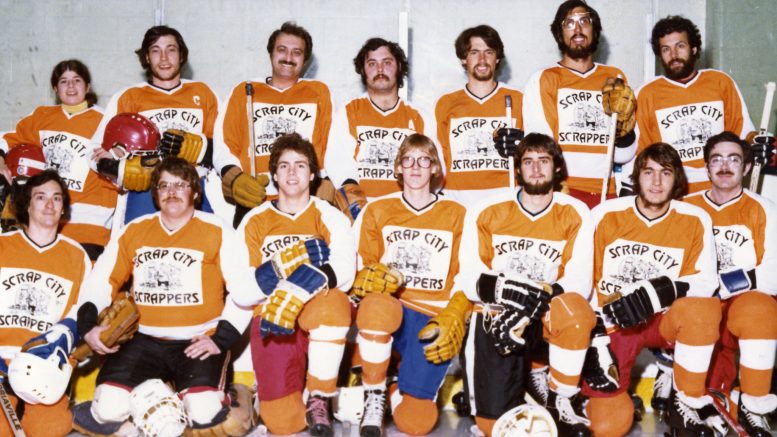 (Editor’s Note: The following article was written for the Jewish Historical Society if Southern Alberta and published in February 2008. It was chosen for reprint to coincide with the resumption of the NHL games.)

(JHSSA) – The year was 1978, and much excitement was in the air – and on the ice – with the establishment of a Jewish hockey league in Calgary.

The league, according to its co-founder and archivist, Larry Katz, was to have been the Calgary Jewish Men’s Hockey League, but that all changed one historic evening when the newly married Hal Joffe – who was one of the first team captains – came home and told his bride, Robyn (nee Leikin, formerly of Ottawa), that there was going to be a men’s Jewish hockey league.

“Well, I am going to be playing,” was Robyn’s response.

But not before the male organizers met to vote on the matter.

“When that was brought to my attention, it made me angry,” remembers Robyn.

Larry Katz recalls that the league executive members were overwhelmingly in favour of Robyn’s participation, although there were some concerns that “girls” could get hurt.  Katz, desiring a gentler game whether or not women played, proposed that the league ban checking and slap shots.  It turns out that the latter issue generated more heated debate than the original question.  In the end, there was consensus on both issues.  Women could play, but checking and slap shots were also there to stay.

“The joke at the time was that I got to play with the team because I slept with the captain,” laughs Robyn who remained the only woman to play in the league.

Not all the opposing players were fond of the idea of a female player, recalls Robyn.

“I wouldn’t even have the puck and they would come across the ice and hit me or trip me, or say things that weren’t very nice.”

“That first year of hockey was incredibly violent,” recalls Larry Katz.  “Robyn was hit by others who just wanted to make the point that women shouldn’t play . . . but she was plucky and didn’t give up.”

Robyn, who began the season in figure skates, had the support of those around her, including league commissioner Curly Gurevitch, who penned lively summaries of the games for the Calgary Jewish News. 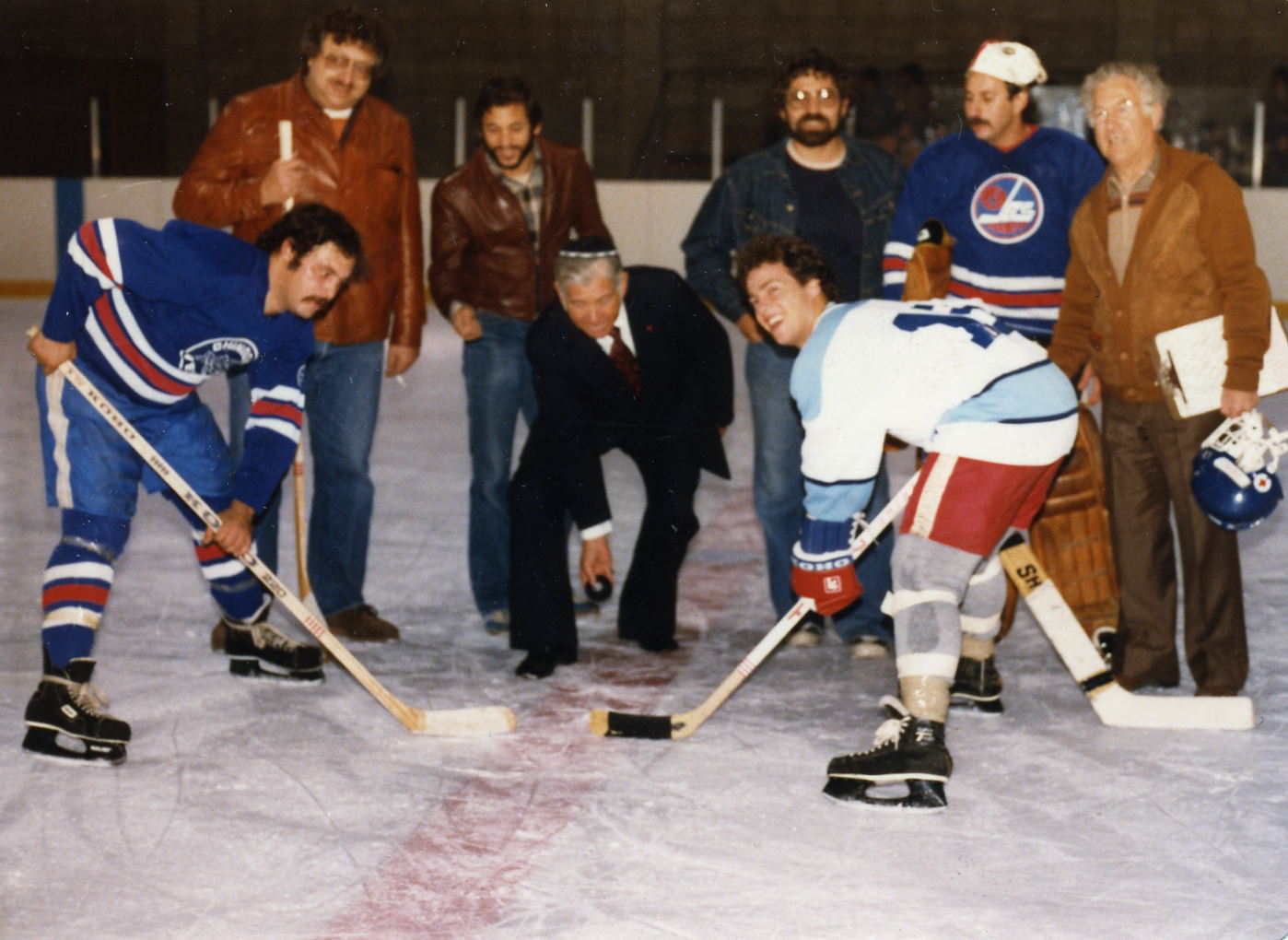 “He teased me relentlessly,” remembers Robyn, “but in a kind way.  I always felt he was very supportive . . . ahead of his time to be so accommodating.”

Katz recalls that Robyn’s fellow players also rose to the occasion, forming a goon squad to protect her when necessary.

There is some evidence that Robyn was pretty good at protecting herself, too.

“She was not afraid to tell people off when she felt they were inappropriate,” says Katz.

“My best defence was my mouth,” agrees Robyn, whose salty language was enough to throw some opponents off balance.

She recalls one incident, when an opposing player told her that she belonged “barefoot, pregnant and in the kitchen.”  She responded with language appropriate to a locker room and definitely not suitable for publication here!

The mother of the obviously rattled opposing player called Robyn’s mother-in-law the following day, to say how upset her son had been by Robyn’s verbal check.

Robyn still bumps into her former foe – today, a well-respected Calgary businessman.  “He turned out to be a really good person,” she says.

Ironically, Joffe’s pregnancy with her daughter Kayla, was the reason for her early retirement after one season in the league.  Though she never returned to the sport, Robyn has enjoyed her memories, and felt particularly nostalgic about the sport with the ascendancy in recent years of women’s hockey with stars like Hayley Wickenheiser and Danielle Goyette making Calgarians particularly proud.

“It was a ton of fun,” Joffe said of her brief hockey career, “but truly, I was a lousy player.” She may not have been as bad as she thinks, having, according to team archives, chalked up four assists during the season.

Another woman who had fun as the sole woman on a Jewish hockey team was Deb Matthews, formerly of Regina, who played in Saskatoon during the 1976-77 season.

The long-time Calgary resident sums up her hockey career in similar terms as Robyn Joffe.

Matthews joined the Saskatoon Jewish men’s team, the Screaming Chickens, “on a lark.”  The team played in a church league.

A university roommate of Matthews’ from Indian Head, Saskatchewan, where girls were no strangers to hockey, lent her the equipment.

Team mate Grant Scharfstein encouraged Matthews by explaining she played a key role on the team, ensuring that when guys with limited skills saw how poorly she played, they wouldn’t feel as badly about lacing up themselves.

It turns out that Matthews may have been a tad too gentle for the game.  On one occasion, about to pop a puck in the net, she balked, afraid that she might hurt the goalie.

Her opponent later told her that “he’d rather lose his teeth than let me score,” she recalls.

During another game, she fell on top of a player she was checking and apologized! A team member said that a far more effective course of action would have been to “hit the other guy while he was down.”

“I wasn’t cut out to be a hockey player, at least not on a guy’s team,” she says today.

But Matthews enjoyed the experience while it lasted, including a 1977 road trip to Edmonton and Calgary.  The Calgary league – the first in Alberta – wasn’t formed until two seasons later, but there were already enough players eager to participate in a Jewish game.

It was on the ice during that Screaming Chickens road trip that Matthews first encountered Larry Katz, on the other side of the blue line.  They met for real after she moved to Calgary in the early 1980s and in 1984 Matthews married her previous hockey rival.

Long-time Calgary residents Robyn Joffe and Deb Katz may not have played in a league of their own, but their blades certainly carved a memorable mark in the history of Jewish hockey in western Canada.

Be the first to comment on "From the archives at JHSSA: A league of their own"