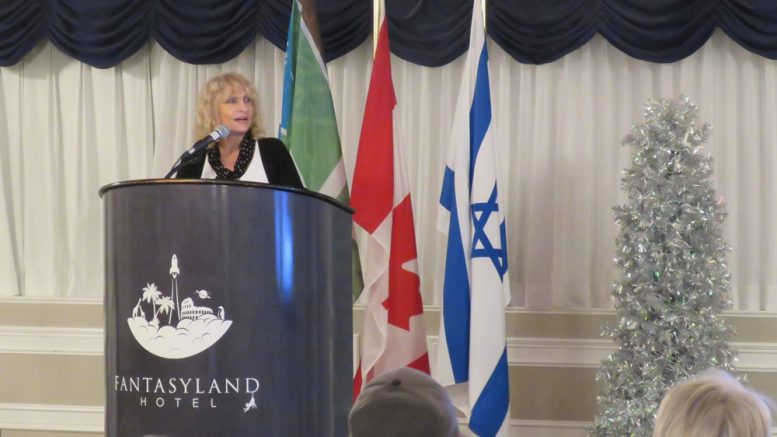 Former Mossad Agent Yola Reitman was in Edmonton on November 26 at a JNF sponsored event.

(EJNews) – Former Mossad agent Yola Reitman was in Edmonton on November 26 with a riveting presentation about the real-life mission to rescue Ethiopian Jews to Israel. JNF Edmonton hosted the event at Fantasyland Hotel.

Reitman played a key role in the mission which had her impersonate a diving instructor at a fake resort on the Sudanese shores of the Red Sea, with the sole purpose of clandestinely rescuing Ethiopian Jews from Sudan and bringing them to safety in Israel.

Over several years the resort was in operation, about 6,000 Jewish refugees who had fled persecution, war and famine in Ethiopia were spirited by boat and plane to a new life in Israel.

Reitman was an engaging storyteller as she set the record straight about the incredible mission which was fictionalized in a Netflix feature film titled “The Red Sea Diving Resort.” She told the crowd to forget everything they saw on the film and settle in to hear the real story about the mission.