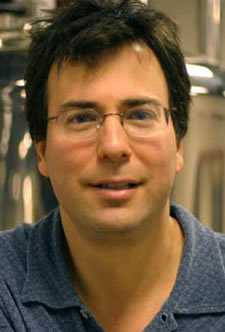 (EJNews) – Congratulations to former Edmonton resident Lewis Kay who will be named an Officer of the Order of Canada this year!

Professor Kay, an Edmonton Talmud Torah alumni (as well as other prestigious schools over the years) will be awarded this honour for his pioneering research in biochemistry and medical imaging science which explores the structure and behaviour of proteins.

Lewis graduated with a B.Sc. in Biochemistry from the University of Alberta in 1983 and won the Lieutenant Governor’s Gold Medal for Highest Achievement in the Graduating Class in the Faculty of Science. He went on to obtain his Ph.D. in Molecular Biophysics from Yale University in 1988, followed by post-doctoral studies at the National Institutes of Health.   He was assistant professor at the University of Toronto from 1992–1994 and subsequently appointed full professor of molecular genetics, biochemistry and chemistry. In 2010 Lewis Kay was elected to the very prestigious Royal Society (UK) for his work on NMR spectroscopy.

Canadians can be “inspired” by the latest recipients of the Order of Canada, Gov. Gen. David Johnston said  on December 30, 2016 while announcing the appointments, comprised of 75 members, 22 officers and three companions — the highest elevation of the title.

The inductees are to receive their insignias at a later date as part of ceremonies marking the 50th anniversary of the Order of Canada, as well as Canada’s 150th birthday.

“I am delighted to recognize these new recipients of the Order of Canada in this milestone year,” said the Governor General. “Besides marking Canada’s 150th anniversary, 2017 marks the 50th anniversary of the Order – so let’s be inspired by the examples set by these remarkable Canadians and use this occasion to build a smarter and more caring country in which every individual can succeed to the greatest extent possible.”

Mazal Tov to Lewis and his family for this well deserved honour. Watch this 2009 video – when Lewis Kay was awarded a University of Alberta Alumni Recognition Award – for insight into his brilliance as a scientist, researcher, professor and exceptional human being.

His parents are long time active and contributing members of Edmonton’s Jewish Community. His father, Cyril Kay is one of Canada’s leading protein biochemists. For this work, he has won many distinctions including The Ayerst Award of the Canadian Biochemical Society (1970), Fellowship in the Royal Society (1978), the Order of Canada (1995), and the ASTech Lifetime Achievement Award in 2006. Four years after his official retirement from the U of A, he assumed the position of Vice- President, Research for the Alberta Cancer Board and developed an integrated Cancer Research Program for Alberta. He is an outstanding scientist and an excellent leader.

His mother Faye Kay is a former elementary school teacher with Edmonton Public School Board (including Talmud Torah School). Over the years she instilled a love of learning in countless young Edmontonians.

Created in 1967, the Order of Canada, one of our country’s highest civilian honours, recognizes outstanding achievement, dedication to the community and service to the nation. Close to 7 000 people from all sectors of society have been invested into the Order. Their contributions are varied, yet they have all enriched the lives of others and have taken to heart the motto of the Order: DESIDERANTES MELIOREM PATRIAM (They desire a better country). Appointments are made by the governor general on the recommendation of the Advisory Council for the Order of Canada.

Be the first to comment on "Former Edmontonian – Dr. Lewis Kay – is an Order of Canada recipient"