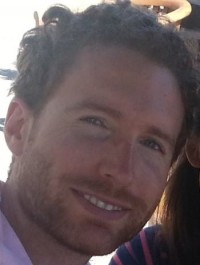 On December 26, 2015 Edmonton Jewish News asked TD Adviser Joel Reboh for his financial forecast for 2016. His forecast was right on the money!

To kick off the January “Focus on Finance” feature, Edmonton Jewish News asked Investment Adviser Joel Reboh for his financial forecast for 2016. On December 26, 2015 he provided this response:

Apple, Google, and Microsoft are now larger market cap than Exxon Mobile. Amazon and Facebook are trailing close behind. The investment world is a really exciting place right now, but if you’re not a technology maven (did you know maven is Yiddish?) or have been investing mostly in Canada, then you may be feeling muddled.

What is going on?

The technology giants I’ve mentioned above seem to be on a never ending quest, racing to conquer as much digital space as possible. And let me tell you, Zuckerberg, Brin, and Page, the gut gesheft mensches who started Google and Facebook, are experts at minimizing their competitors! We’re talking about serial monopolists here. Moreover, Amazon’s Jeff Bezos went from a guy who peacefully sold books out of his house to brick and mortar retail’s worst nightmare.  Just look at Walmart, typically a staple investment for pension funds, declined 35% last year; no doubt shopping on Amazon has had some impact on their in-store sales. These entrepreneurs are filling a vacuum of territory that to this day is only just starting to be discovered and its scope fully understood.  So much so, that when I tell a prospect that a name like Facebook has been a top holding of mine for many years, they look at me like I peddle penny stocks. You know that look…the one your bubby gave you when she disapproved.

Remember, one of the main reasons we invest in the stock market is because it is flexible. The market has provided great returns over the past several years, but with volatility likely to rise in 2016, inexperienced investors should consider taking some risk off the table by purchasing safer investments (i.e. add to fixed income positions).  The market’s run may have been hinged on quantitative easing and China’s growth, the first is gone and the latter is in question.

Joel Reboh is an Investment Advisor with TD Wealth Private Investment Advice. Joel and his wife, Christina, are engaged in many volunteer activities inside and outside of the Jewish Community. Joel is the President of WEJCC, the largest Edmonton Jewish Facebook group and has been engaged in Junior Achievement for over six years.  Christina, is Chair of the Israel Heritage Fest Pavilion, Chair of Beth Israel’s Purim event, and heads Edmonton’s Pomegranate Women, a social and spiritual group for young adult women.  They are the proud parents of three loving and energetic girls.

Be the first to comment on "Focus on Finance: Technology Disruptions 2: Serial Monopolists"