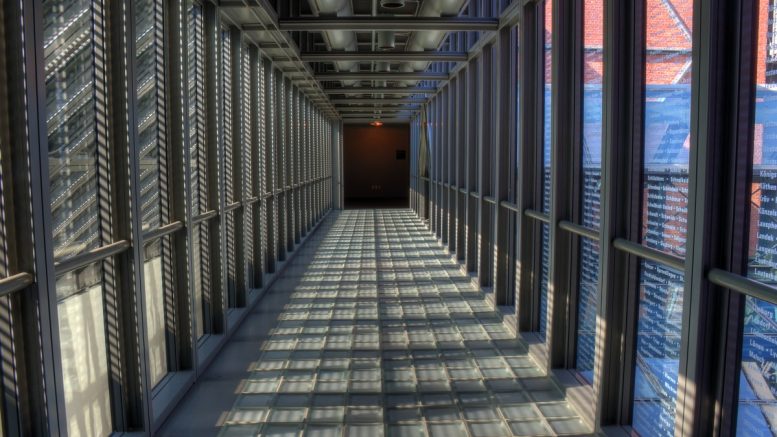 The interview took two days. She and the interviewer sat comfortably in my mother’s living room, her pride and joy. This was where she showcased her best furniture, the furniture she had bought as a new homeowner in Skokie, Illinois, in 1960 and which had moved to Arizona with us in 1973.

As a matter of fact, my mother had already engaged in a 25-year battle to keep the house up to date, ripping out flooring, redoing doors and walls. This space was its newest incarnation.

They sat there across from one another, the interviewer asking questions now and then, my mother answering, telling her story, and the camera recorded. When the interview concluded, my mother was asked to gather her family, so that we could appear at the ending to show that not only had she survived, but she had thrived, and that these children and grandchildren were all proof that Hitler did not kill off all the Jews.

There were her seven daughters and our seven husbands and the 13 grandchildren. One sister was pregnant right then, due in September, and, as the camera rolled, she patted her belly and said, “This will be the final grandchild, No. 14.” But there were even more: my daughter the following year and two step-grandchildren.

None of us had listened in during the filming, allowing our mother and the interviewer their privacy, but that wasn’t the whole reason. None of us had listened into our mother’s stories of the war pretty much all of our lives. We were the type of children of survivors who couldn’t run far enough from her memories. Our mother loved to pepper every conversation with some anecdote about the war years, or living in the forest during the war, because the war was at the forefront of her mind every waking moment. But we had no time for that. We had time for Chicago, then Scottsdale, for being teenagers and then wives and mothers.

We knew it was important, so important that if we listened we’d basically have to stop moving and stop living and just listen for the rest of our lives. And since that felt too big, we couldn’t listen at all.

Our mother had a small stroke the following year that affected her enough that she never remembered my daughter as a baby. Otherwise, the next 10 years were good, but the six following far less so. She would end up disappearing from us in pieces, chunks of her, with Alzheimer’s in its place. Where once a vital, opinionated and loving mother stood at the center of our family, now our worry and concern for her stood there and tied us together. How long could we keep her alive?

One horrible day last year we gathered around her hospital bed. She slipped away completely and irrevocably, and we found ourselves with no center; seven motherless orphans in our 50s and 60s.

But suddenly there was a thought: Don’t we have her Shoah tape? The same children who couldn’t bear to listen to this survivor’s stories now found ourselves wanting the tape, wanting to see our mother again.

I ordered a copy and another sister ordered a copy. Two other sisters, in Washington, D.C., for a trip, visited the U.S. Holocaust Museum and said at the visitor’s window, “Our mother is in there” — and they spent the day watching her, alive and 68 again, alive and articulate again. Alive.

Suddenly we have time for the Holocaust, for her memories. With mom now gone beyond any communication, we are willing to listen to her dreadful story of the war years. What could be more amazing than having last seen your mother a debilitated 85, Alzheimer’s-ridden, disabled, her organs shutting down, and then to suddenly see her alive and well again? To simply play a CD and be transported back to 1998 and look with astonishment at the woman on the screen?

She left us in such tiny increments that we never saw her change, never saw the alteration from 68 to her 80s. Now, we wonder, why didn’t we appreciate her at this age?

Because now we see her young, when we didn’t even realize she was young, speaking when we didn’t even know she’d eventually lose her speech, when she is known only as “Helene B., Scottsdale.” Having lost her irrevocably, and found her on this tape, we will finally have time to listen to the story of how our mother survived the Holocaust.

(Linda Pressman is a freelance writer, editor, blogger and speaker. She is the author of “Looking Up: A Memoir of Sisters, Survivors and Skokie,” which won the grand prize in the Writer’s Digest 20th Annual Book Contest.)
Kveller is a thriving community of women and parents who convene online to share, celebrate and commiserate their experiences of raising kids through a Jewish lens. Visit Kveller.com.