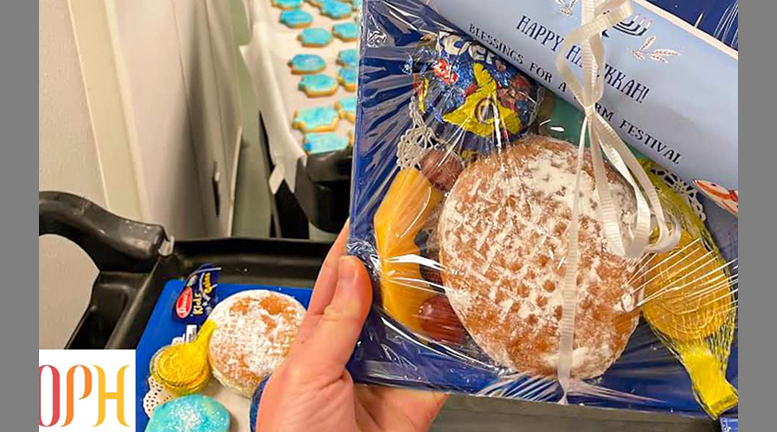 (AJNews) – Our Parents Home (OPH) has been sold to large private long-term care provider Revera, which says it will do everything it can to preserve the facility’s Jewish character while safeguarding against COVID.

“Revera understands that Our Parents Home is a preferred retirement home for the Jewish community. We intend to keep this as an important part of the culture and identity of the home, while remaining open to welcoming others as a multi-cultural and non-denominational home,” says company spokesperson Susan Schutta.

The facility, which opened in 2015 and is adjacent to Beth Shalom Synagogue, is keeping its mashgiach and rabbi on staff, and will continue celebrating Jewish holidays, Schutta added.

However, OPH’s page on Revera’s website makes no mention of any of these features.

According to a joint news release from OPH and the Jewish Federation of Edmonton, the sale was completed on Dec. 15 and was done to ensure OPH’s long-term viability.

However, the news release says that the Jewish Federation of Edmonton is the beneficiary of the sale.

In a follow-up email, Shafir said that more details would be made available to the Jewish community in early 2021. As of press time, no further information has been provided.

This sale comes as private long-term care providers have received increased scrutiny for a vastly disproportionate 80% of COVID deaths in Canada occuring in their homes.

From March to September, there were 87 outbreaks at Revera homes alone, which lead to 266 deaths.

“We’ve been heartbroken by loss, yet we adapted, persevered and held strong.”

The company has several measures in place to limit the spread in its homes, she added. This includes monitoring residents twice a day for symptoms, mandatory masking for staff, screening staff before and after each shift, cohorting them in specific areas of each facility, and enhanced cleaning procedures.

Additionally, Revera commissioned a report entitled “A Perfect Storm” on how it handled the pandemic’s first wave and how it can do better, written by Dr. Bob Bell, a former hospital CEO, Ontario deputy health minister and retired surgeon.

It identifies community spread as the main factor leading to COVID outbreaks in long-term care and calls on governments to invest in surveillance testing for staff and visitors, “accelerate the redevelopment of ageing long-term care infrastructure”, and address staffing shortages.

The report was the result of research from an expert advisory panel the company convened.

According to reporting from left-leaning news website PressProgress, two of these panel members have represented Revera in the past — architect Santiago Kunzle represented the company in development consultation hearings while lawyer Bob Bass has defended Revera in labour negotiations.

“There is a need to pay workers a living wage to cut down on their need to work in several homes to cobble together adequate income,” Chorniere said.

Further, Carleton University social work professor Hugh Armstrong said the report’s fatal flaw is that it calls on governments to provide funding to address shortcomings that are endemic to the private long-term care industry itself.

“It’s an attempt to point the finger somewhere else, away from Revera,” Armstrong told PressProgress. “The directors and the managers, their first obligation is profit. That’s their fiduciary responsibility.”