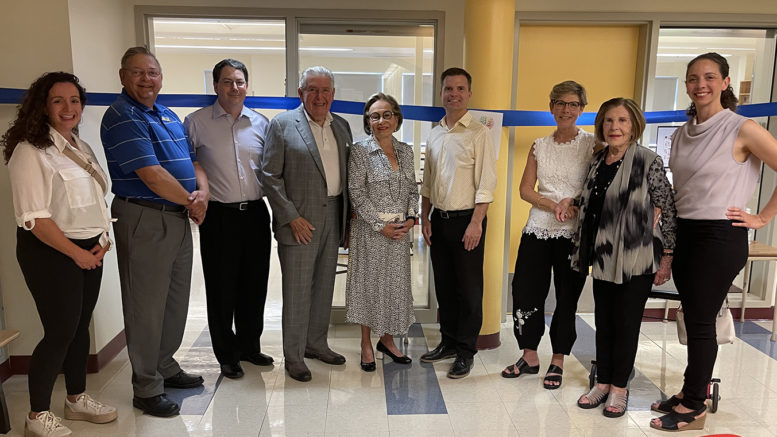 (AJNews) – As students, parents, and staff geared up for another school year, Edmonton’s Talmud Torah (TT) School held its ribbon cutting ceremony for a brand-new lunchroom on August 30, 2022. Dr. Don and Myrna Silverberg made the project possible with their generous donation to help enhance the socialization experiences among students – today and into the future. 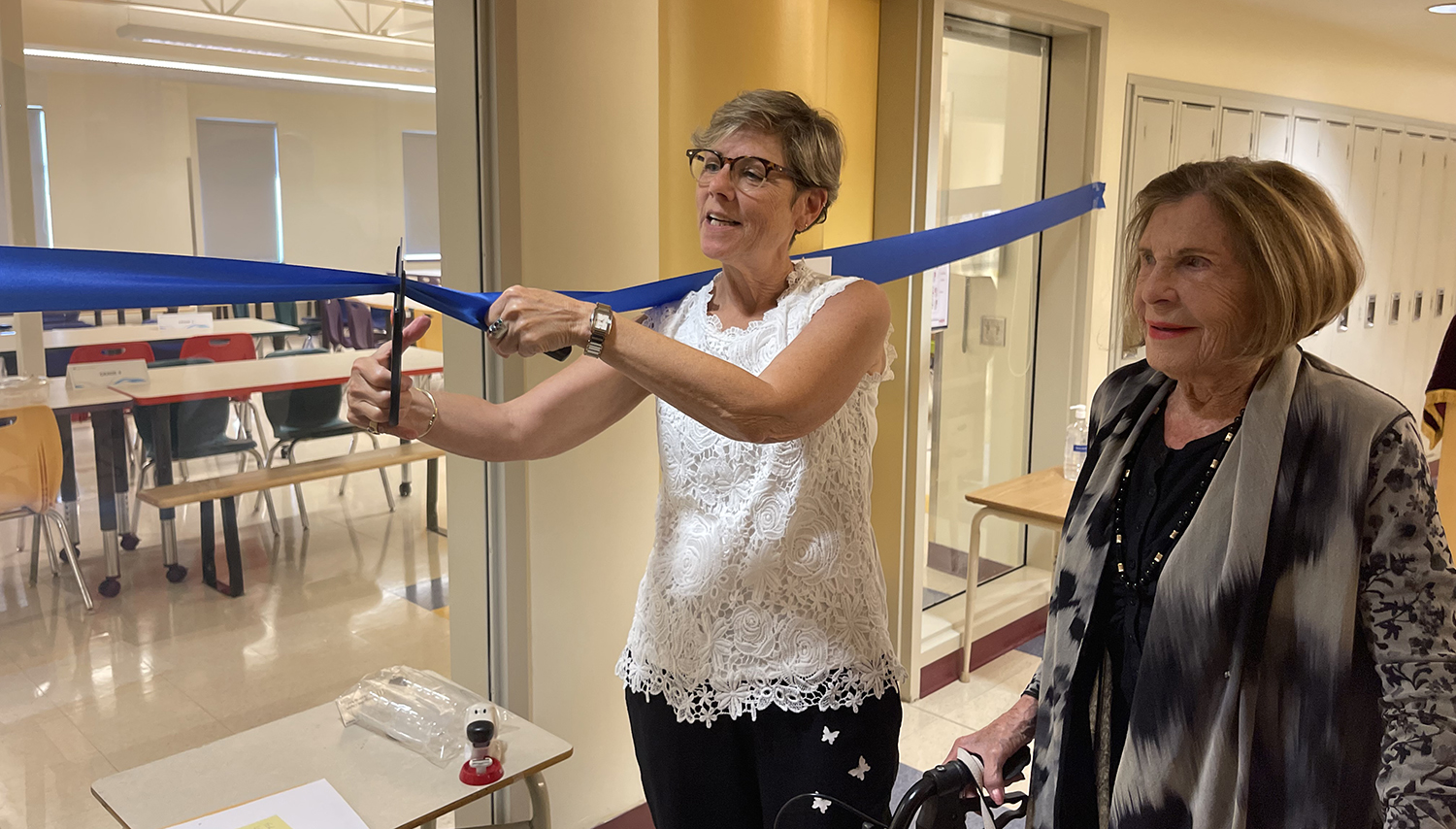 Attending the event were President of the TT Society Leeor Eliyahu, members of the TT board, Principal Darin Johnson, MLA Lorne Dach, and more. Family members, Kayla and Naomi Shoctor, were in attendance in honour of Don and Myrna who could not participate due to being in Israel at the time.

Earlier in the summer, Sharon Marcus, TT Society Fundraising Chair, took the donors on an advance tour of the lunchroom. She described the experience as “the most joyous walk-through” she has done with a donor for a project over her 22 years of fundraising. After Don and Myrna reached out to the Talmud Torah around a year and a half ago, numerous options were given to them on what their donation could be used towards. Sharon described how the lunchroom idea resonated with them. 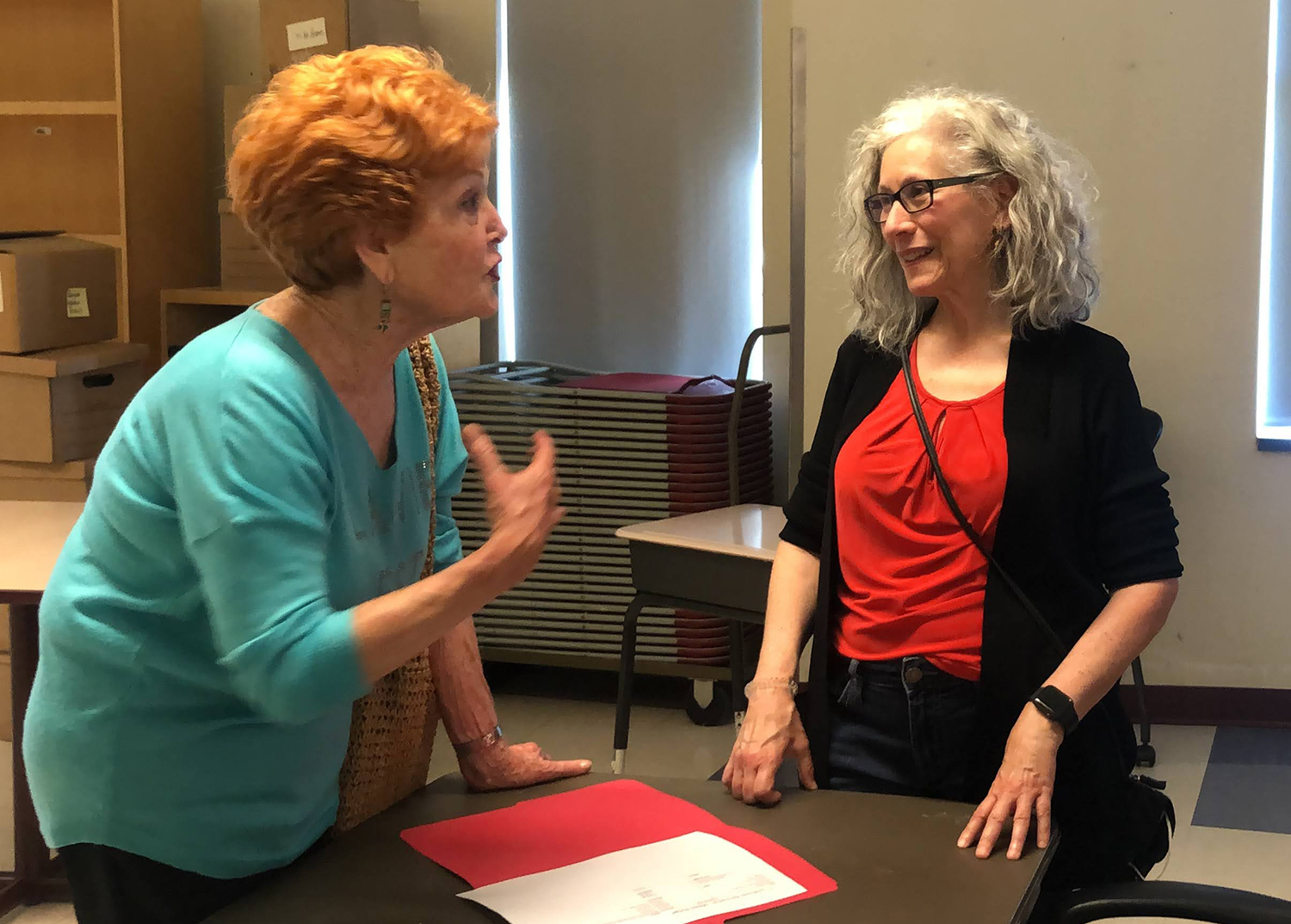 “In their years here, they had such a fondness for the lunchroom, what it meant to their kids, and how it brought everyone together.” Sharon added that this project will help build a greater sense of community for the kids. Different grades will get an opportunity to develop relationships daily in an inviting environment. Sharon described this lunchroom as “more than just four walls,” and a legacy project that will serve the Jewish community in Edmonton for generations to come.

Talmud Torah Society’s Executive Assistant, Natalie Soroka, thanked the Jewish Federation of Edmonton for the generous grant from surplus UJA funds to purchase nine brand new microwaves for the lunchroom. Stacey Leavitt-Wright, CEO of the Jewish Federation of Edmonton, was unfortunately unable to attend due to a conflict with the Back to School/Shul Security Training event happening at Beth Israel Synagogue the same evening. 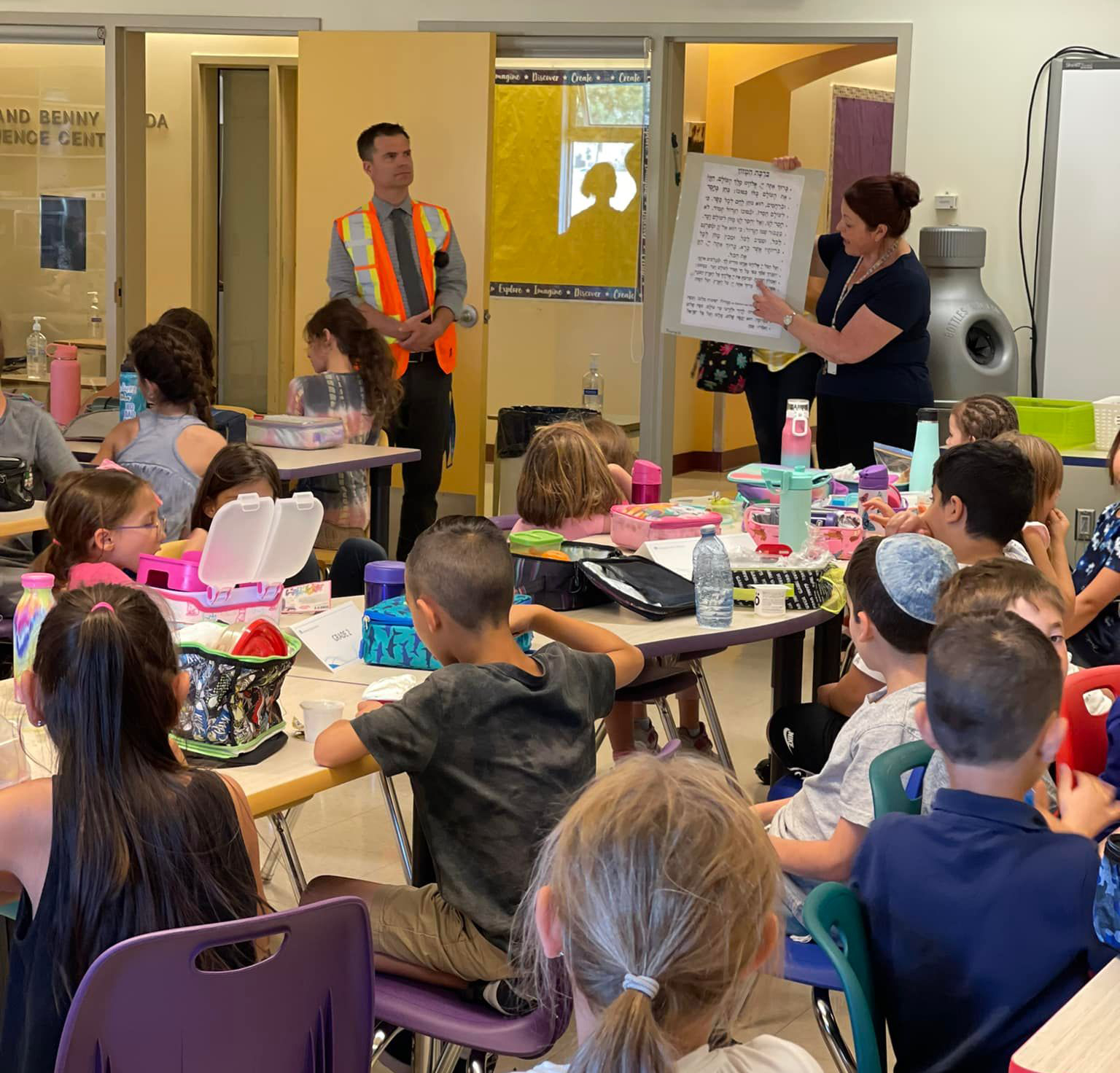 Esther and Howard Starkman, long-time friends of the Silverbergs, were asked by Don and Myrna to represent them at the ceremony. “Myrna and Don Silverberg’s large donation exemplifies everything that the Edmonton Talmud Torah was and is – a Jewish Community School in Edmonton,” Esther said during her opening remarks. She spoke passionately about the Silverberg family’s journey to Edmonton, community involvement, and their contributions to the Edmonton Talmud Torah School throughout the years. The Silverberg family, which included two young children, called Edmonton home from 1968 to 1976, where they joined Myrna’s sister, Kayla Shoctor, who already lived in Edmonton.

Esther recalled Howard and Don’s time on the Talmud Torah board together and the journey towards TT becoming a program of the Edmonton Public School system. She also spoke warmly about her personal appreciation of their friendship which has “transcended the decades with visits in Israel and Edmonton.”

In Starkman’s closing statement, she expressed admiration for the enormous impact that Myrna and Don made on the Jewish community throughout their 8 years in Edmonton. “Now as longtime Israelis, you have again impacted our community in a most generous, significant, and sustaining way,” she concluded. 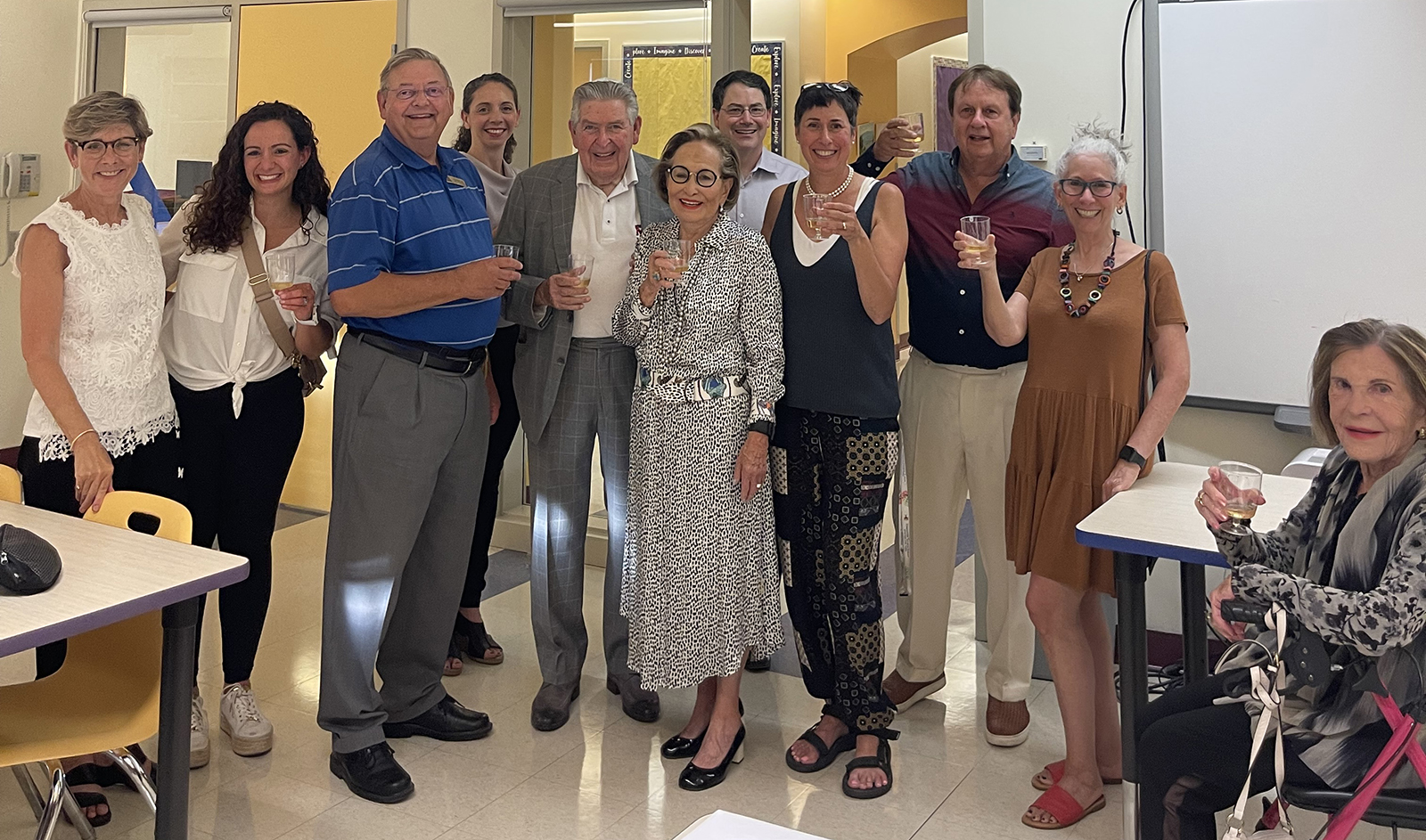 Official ribbon cutting ceremony with heartwarming remarks from Esther Starkman about the wonderful donation by Myrna and Don Silverberg.