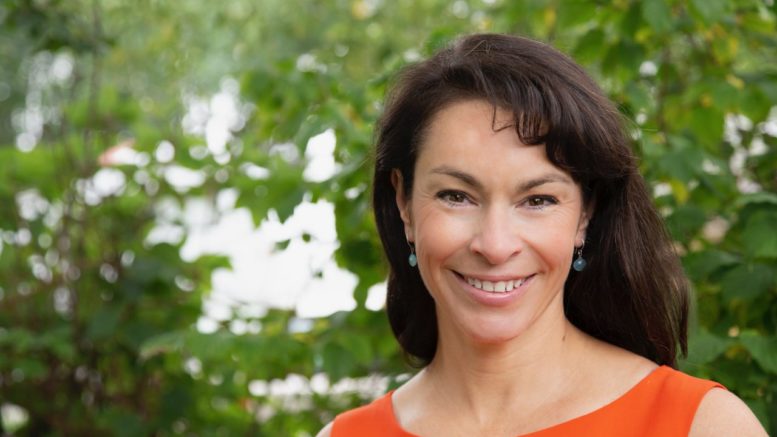 (AJNews) – Alberta’s lone non-Conservative MP — the NDP’s Heather McPherson in Edmonton-Strathcona — says her party is best suited to combat the rising global tide of hatred, which of course includes anti-Semitism.

“We need to name it. We need to call it out. We need to acknowledge it and we need to find ways to push back on it,” McPherson says of the “brutal” increase in hate across the country, including recent rallies in Calgary and Edmonton where participants carried tiki torches and where several attacks have taken place against women who wear hijabs.

“That, to me, is the biggest issue we’re looking at in Edmonton-Strathcona.”

While the Alberta NDP recently deleted a tweet where they proclaimed themselves anti-fascists, McPherson has no such hesitancy.

“Anti-fascism is not something anyone should be ashamed of,” McPherson said.

She says the federal government needs to take action to stem the tide, citing the addition of the white supremacist Proud Boys gang to the official terror watch list, which NDP leader Jagmeet Singh had urged the Liberals to do. However, that move has been criticized by those who see terror watch lists as an inherent infringement upon civil liberties.

In addition to representing her constituents in Edmonton-Strathcona, McPherson sees her role as representing the 30 percent of Albertans who didn’t vote Conservative in the last election.

“I have a much wider scope of issues that I really do need to represent my constituents on, because I get calls from constituents all across the province,” she said, citing the provincial government’s coal policy in particular. “I’m an MP from an urban riding in Edmonton and I’ve spent a lot of time, because this is something my constituents asked me to do, (bringing) the coal mining issues forward to the federal government.”

She says the Conservatives are politicizing human rights when they attack New Democrats for criticizing Israel’s policies towards the Palestinians, as Conservative nomination candidate Rick Peterson did in these pages recently.

“It’s disappointing, because what it does is make this a very polarizing issue, which isn’t in any looking for solutions or a way forward,” said McPherson, who is a member of the Canada-Israel Interparliamentary Group, which hasn’t met since May 2019, as well as the vice chair of the Canada-Africa Parliamentary Association and the Canada-Ukraine Parliamentary Friendship Group.

McPherson, who’s also a member of parliament’s Subcommittee on International Human Rights, says she’s a staunch supporter of achieving a two-state solution through negotiations between Israelis and Palestinians.