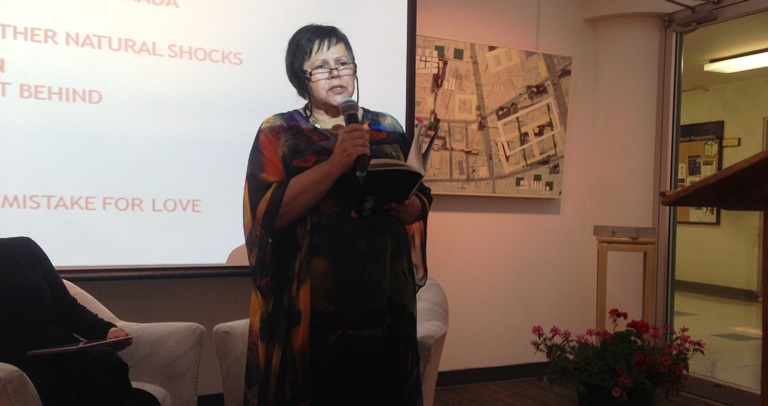 Vancouver, BC –  The first edition of the  Western Canada Jewish Book Awards, a new initiative of the JCC Jewish Book Festival,  ended June 22, 2016 on a high-note in Vancouver with the announcement of the  winners in the 5 awards categories including Edmonton poet Ella Zeltserman. Introducing the evening in front of the packed Sidney and Gertrude Zack Gallery at the JCC, Daniella Givon, Chair of the Awards committee, proudly described the initial idea and how it came to fruition. 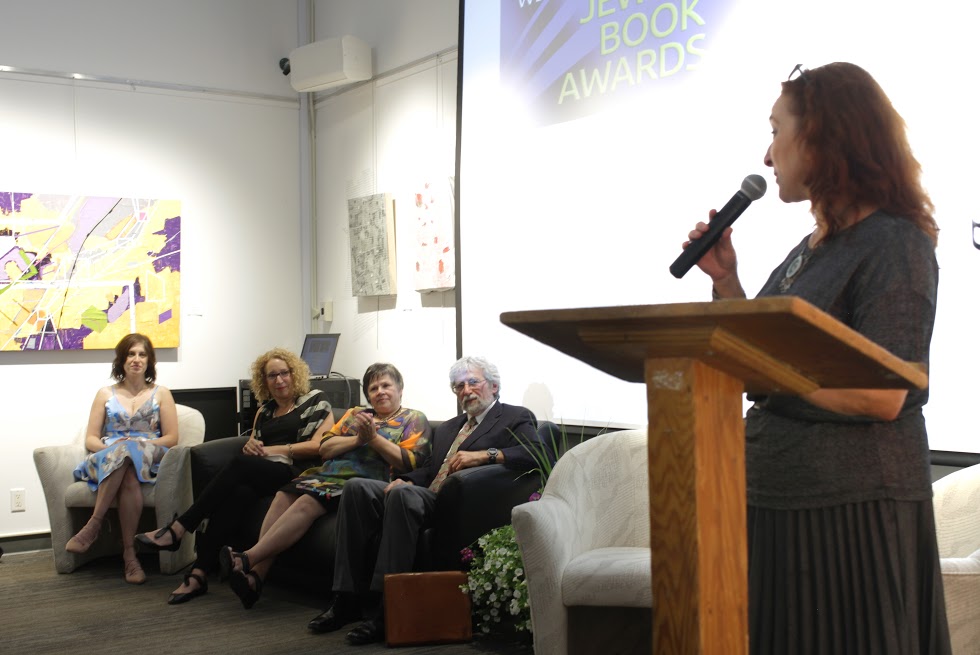 Awards evening with the winners of the Western Canada Jewish Book Awards.

The Western Canada Jewish Book Awards are a new program, part of the Cherie Smith JCC Jewish Book Festival in Vancouver. This initiative is designed to celebrate excellence in writing on Jewish themes / subjects and showcase the achievements of authors who reside in West of the Ontario/Manitoba border, including the Northern regions. The Awards aim to recognize the contribution to Jewish culture by these writers. In this inaugural year of the awards,  books published in 2014 and 2015 were accepted.

Marsha Lederman, Western Arts correspondent for the Globe and Mail,  introduced the awards sponsors and those who would go on to present a certificate and $2000 cheque on their behalf.

And the winners are….

Tom Wayman – The Shadows We Mistake for Love

A resident of BC’s West Kootenay region, Tom Wayman has published 3 books of fiction as well as more than a dozen collections of poems, essays and anthologies. The Shadows We Mistake for Love, his newest short story collection explores the intricate web of shared history, common needs and deep and complex relationships that evolve in isolated locations.

A resident of Gabriola Island, Bob Bossin is a celebrated folk musician who has also spent much of his life researching his father’s story. The funny, moving and insightful Davy the Punk is the book of his father’s life in Toronto’s gambling underworld of the 30’s and 40’s, revealing a city rife with anti-Semitism at the time. Bossin has also turned the book into a successful touring performance piece.

Ella Zeltserman is a Soviet-born poet and an active member of the Edmonton poetry community. Small things left behind is her first poetry collection, a lyrical and authentic account of Russian-Jewish immigration to Canada during the Cold War.

A resident of Vancouver, Glenda Leznoff is a writer, college professor and artist who launched her career as a playwright before creating scripts for film & TV. Full of unexpected twists and turns, Heartache and Other Natural Shocks is a unique exploration of teen rivalry, marking an important new voice in young-adult fiction.

A resident of Vancouver, Adara Goldberg is currently 2016-17 Azrieli International Post-Doctoral Fellow in Israel. Holocaust Survivors in Canada highlights the immigration, resettlement and integration experience from the perspective of the survivors and those charged with helping them.

Following the announcements, each of the authors read a segment from the winning book and answered Marsha Lederman’s  thoughtful,  pointed questions which brought out great insights and riveting answers. Following Q & A with the panel , Dana Camil Hewitt, Director of the JCC Jewish Book Festival  concluded the evening thanking the sponsors, the judges, the awards committee and warm audience.

The Cherie Smith JCC Jewish Book Festival is one of Vancouver’s leading cultural and literary events, attracting a large and varied audience of over 5,000 people of all ages. This highly popular community-wide event brings together prominent and emerging Jewish writers and non-Jewish writers with Jewish interest subject matter in literature, the arts, philosophy, theology, history and current events over 5-6 days in November, which is Jewish Book Month. In 2016, the 32nd annual Cherie Smith  JCC Jewish Book Festival will take place between Nov 27 -Dec.1.