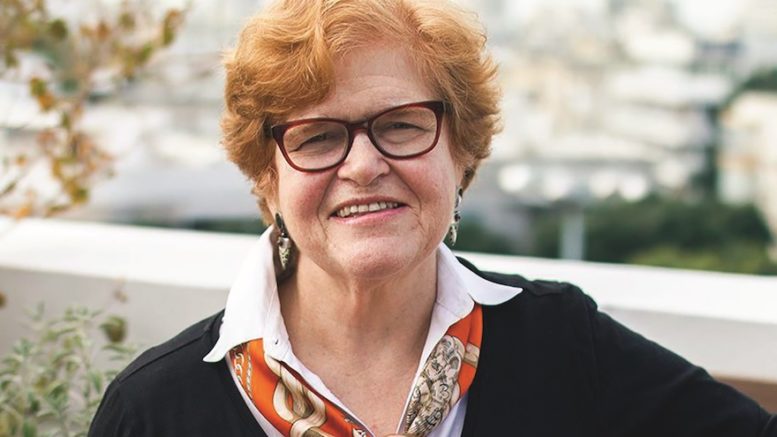 The White House alerted top Biden supporters of the pick, which has been expected for weeks, on Thursday night, the Jewish Telegraphic Agency has learned.

Lipstadt is perhaps best known for defeating Holocaust denier David Irving after he sued her in a British court for defamation for calling him a Holocaust denier. Her 2005 book, “History on Trial: My Day in Court with a Holocaust Denier,” was made into a 2016 movie with Rachel Weisz starring as Lipstadt.

Lipstadt, 74, has been for years a go-to expert for the media and for legislators on Holocaust issues, particularly on how the genocide’s meaning should be understood in the 21st century, and whether it had any cognates among anti-democratic forces in the current day. She twice endorsed Barack Obama for president but has been on call for her expertise across the political spectrum.

Last year, during the election, she broke a longstanding taboo on comparing present-day American politicians to the Nazis and endorsed an ad by the Jewish Democratic Council of America likening the Trump administration to 1930s Germany. Lipstadt said Holocaust analogies were still off-limits, but she could see parallels to the rise of the Nazis.

“I would say in the attacks we’re seeing on the press, the courts, academic institutions, elected officials and even, and most chillingly, the electoral process, that this deserves comparison,” she said at the time. referring to the JDCA ad. “It’s again showing how the public’s hatred can be whipped up against Jews. Had the ad contained imagery of the Shoah, I wouldn’t be here today.”

Lipstadt will be the first nominee who will need to be confirmed by the Senate since Congress first created the position in 2004. Congress last year elevated the role to ambassador-level, granting the position more funding and easier access to the secretary of state and the president. If Lipstadt is confirmed, she will be the fifth person in the position.

The antisemitism monitor’s role is tracking and reporting on the phenomenon overseas, and lobbying governments to address anti-Jewish bigotry within their borders. The position does not have a domestic role, although Elan Carr, Trump’s appointee, sometimes criticized domestic actors, including J Street, the liberal Jewish Middle East policy group. His attack on J Street drew a rare rebuke from one of his predecessors, Hannah Rosenthal.

Be the first to comment on "Deborah Lipstadt, noted Holocaust historian, is Biden’s pick for antisemitism envoy"