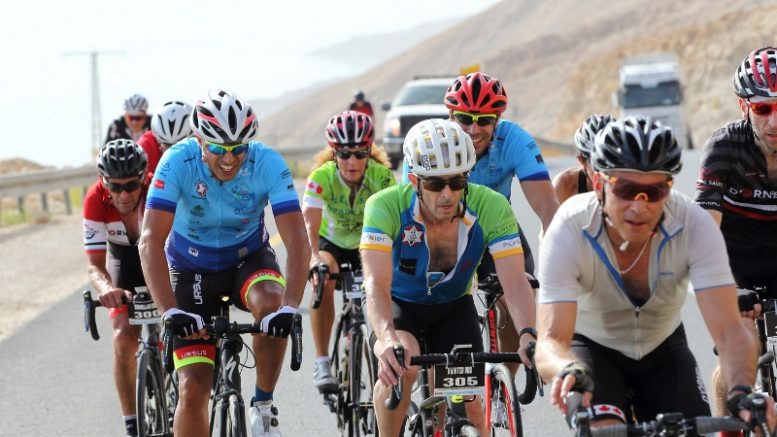 Former NHL centre Keith Primeau was among 100 Canadian cyclists who participated in the recent Courage in Motion fundraising bike ride through Israel. Photo by Idan Peled 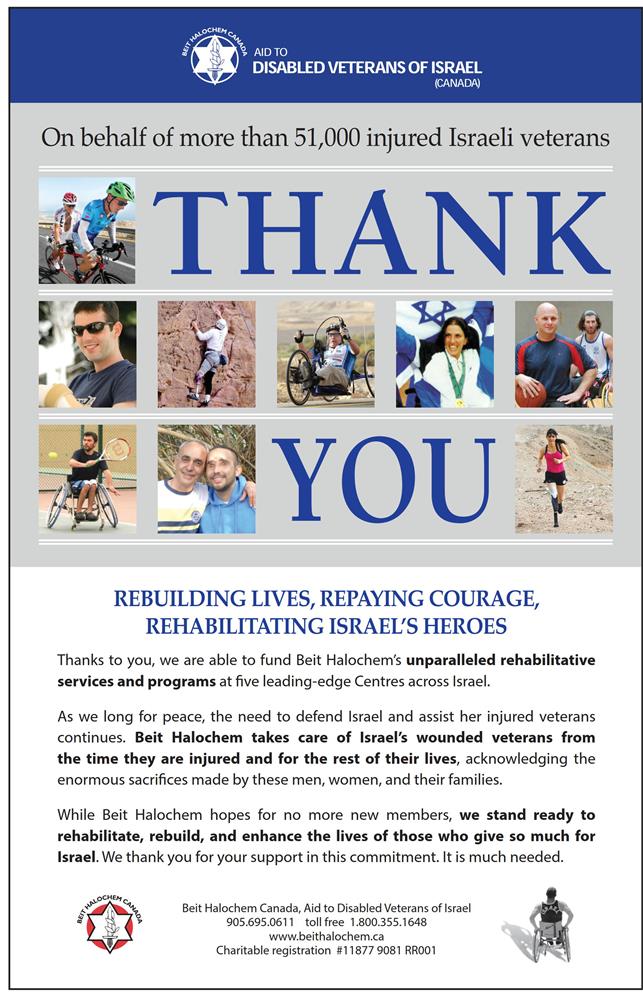 (November, 2018 ) – Over 100 Canadian cyclists participated in the recent Courage in Motion (CIM) bike ride. The fundraising ride, now in its 11th year, has grown steadily in popularity over its first decade and this year, like many before, was sold-out. This initiative of Beit Halochem Canada, Aid to Disabled Veterans of Israel welcomed cyclists from across Canada, joined by some Americans and Israelis. From October 22-26, international cyclists rode alongside Israel’s disabled veterans on four fully supported routes taking them through southern Israel’s remarkable archaeological landmarks and breath-taking landscapes.

With fundraising open until December 31, 2018, it is expected that Courage in Motion 2018 will raise approximately $850,000 (CDN). Cyclists’ efforts enabled members of Zahal Disabled Veterans Organization/Beit Halochem to participate in the ride and will also fund programming at Beit Halochem Centres in Beer She’eva, Haifa, Jerusalem, and Tel Aviv. With thanks to the annual ride, cycling has grown to be among the Centres’ most popular activities.

Lisa Levy, an avid cyclist and National Executive Director of Beit Halochem Canada, is the founder of Courage in Motion. She said, “I’m pleased that the ride was, once again, sold out. It’s evident that our cyclists embrace the aspect of riding alongside those who are directly helped by their efforts. This year, we’re incredibly proud that more than 120 wounded Israeli veterans participated due to the fundraising by our 110 Canadian riders. We are also gratified that many of our Canadian participants feel that they get more out of the experience than the disabled veterans.”

While many cyclists return year after year, several others were new to Courage in Motion 2018. Two of these first-time participants are internationally renowned sports figures and we were pleased they joined the ride.

Toronto-born Keith Primeau was a National Hockey League (NHL) center, playing 15 seasons (1990 – 2005) with teams including the Detroit Red Wings, Hartford Whalers, Carolina Hurricanes, and the Philadelphia Flyers. Among Primeau’s many career highlights is his scoring the game-winning goal in the longest game in modern NHL playoff history (five overtime periods for a total of 152 minutes and one second) (2000). Primeau suffered a concussion nine games into the 2005-2006 season. It was the last game he played. Experiencing ongoing related issues, he officially retired from the Flyers on September 14, 2006. Knowing firsthand the damage that concussions can cause, he co-wrote a well-received book, Concussed! Sports-Related Head Injuries: Prevention, Coping and Real Stories (2012). Now based in New Jersey, Keith Primeau is involved in Ontario hockey through his co-ownership of both a Toronto hockey school as well as a team in the Ontario Junior Hockey League.

We also welcomed cycling champion Eon D’Ornellas. Born in Guyana, D’Ornellas cycled competitively from the age of 14 before immigrating to Canada with his family. During his career, he represented both countries. While selected to four Olympics teams (1972 through 1984), boycotts and other conflicts pre-empted his competing. D’Ornellas is a Commonwealth Games Silver Medallist (1978); two-time Canadian national champion (1985-86); and Pan American Games Silver Medallist (1979). Perhaps his most remarkable achievement was triumphing over the world’s best amateur cyclists at the punishing 120 miles road race in Vimy Ridge, France (1979). He has owned D’Ornellas Bike Shop in Scarborough, Ontario for 30 years. Still a highly active cyclist, he started a cycling club over 25 years ago to promote road cycling and bicycle racing. In 2011, D’Ornellas, then 59-years old, suffered a stroke during a club training ride. Like Beit Halochem members, he knows intimately the challenges in reclaiming his life following serious medical trauma.

All Courage in Motion’s participants enjoyed group activities following each day’s ride including a night walking tour of Jerusalem and an extraordinary evening with Israel’s Heroes, members of Beit Halochem, who shared their remarkable personal stories of tragedy and triumph.

Next year’s Courage in Motion takes place in Israel from October 27 – 31, 2019. Registration is expected to open in March 2019.  Click here for photos from this year’s ride.