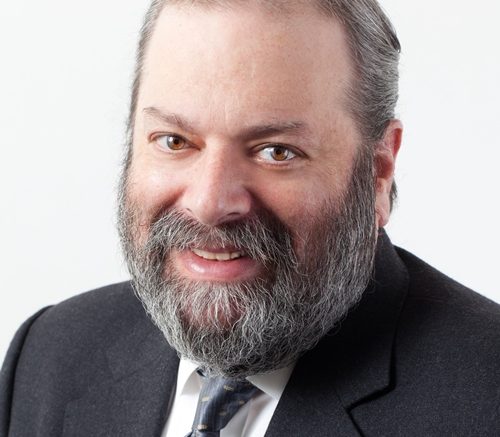 Shimon Koffler Fogel, CEO of the Centre for Israel and Jewish Affairs (CIJA)

(EJNews) – The Jewish community has always had a disproportionate impact on Canadian politics and public policy development – and the Edmonton Jewish community is no exception. Whether by working for political parties of all stripes, volunteering for NGOs, or speaking out in the media, Canadian Jewry has a long and proud history of active engagement in the democratic process. In a country in which only two-thirds of voters cast their ballot in federal elections, and far fewer bother to engage beyond the ballot box, an active community has the power to make a remarkable difference.

Indeed, Jewish Canadians have made exceptional contributions in the fields of social justice advocacy and countering discrimination, making Canada a more welcoming home for all segments of society. At the same time, our credibility as advocates who care about the broader public good makes our non-Jewish neighbours more receptive to concerns – from antisemitism to Canada-Israel relations to the need for ongoing public funding for Jewish social service agencies – particular to the Jewish community.

Whether advocating for universal or community causes, we often think of advocacy as consisting solely of political activities, such as lobbying, petitions, or – in times of crisis – solidarity demonstrations. And, when they galvanize citizens to take action, these initiatives can certainly have a positive impact.

Just this summer, using CIJA’s action alert system, more than 7,500 community members sent emails to Elizabeth May and others in the Green Party’s leadership to oppose the party’s Boycott-Divestment-Sanctions (BDS) initiative. While convention attendees voted to endorse BDS, May and other party officials have openly opposed BDS and acknowledged that most of the Jewish community views BDS as a form of antisemitism – a powerful testament to the fact that our communal voice has been heard.

As important as conventional political outreach is, we should adopt a broad definition of what it means to be a Jewish advocate. To cite Teddy Roosevelt, we should perhaps view advocacy as a commitment to “do what you can, with what you have, where you are.”

Every member of our community, by virtue of their energy, expertise, and experience, can be an advocate among their peers and in their network. Anyone active in a professional or business association is uniquely placed to share Israeli contributions to their field – and thus tell Israel’s story – to their peers. Anyone who is a union member, a donor to a human rights NGO, or a trusted friend to a Christian active in their church is well-positioned to raise concerns whenever Israel is singled out or targeted for boycotts. Anyone engaged in a community group – a chamber of commerce, civic association, or a small grassroots gathering such as a book club – is in a position to highlight topics from Shoah remembrance to the history of the local Jewish community.

In fact, CIJA’s work has been deeply enriched by the talents of many in our community who wouldn’t define themselves as advocates. When we were formulating our approach to physician-assisted dying and palliative care – two of the most pressing issues facing Canadian policymakers this year – we received detailed and thoughtful advice from a range of Jewish medical professionals with decades of front-line experience in end-of-life care. This input informed our position and subsequent testimony on Parliament Hill, providing a model for how we can harness the skills and knowledge of our community when it comes to an issue that will impact every Canadian family.

Canadian Jewry is second to none when it comes to the depth and diversity of talent in our community. As we begin the new year, I encourage you to visit us at cija.ca and explore how to become engaged in advocacy by doing what you can, with what you have, where you are – to benefit our community and broader society alike.

May we all be blessed with a sweet year, filled with joy and a sense of meaningful achievements.

Be the first to comment on "CIJA: Effective advocacy requires grassroots action"